12 things to see in Jaipur | The ultimate Jaipur itinerary 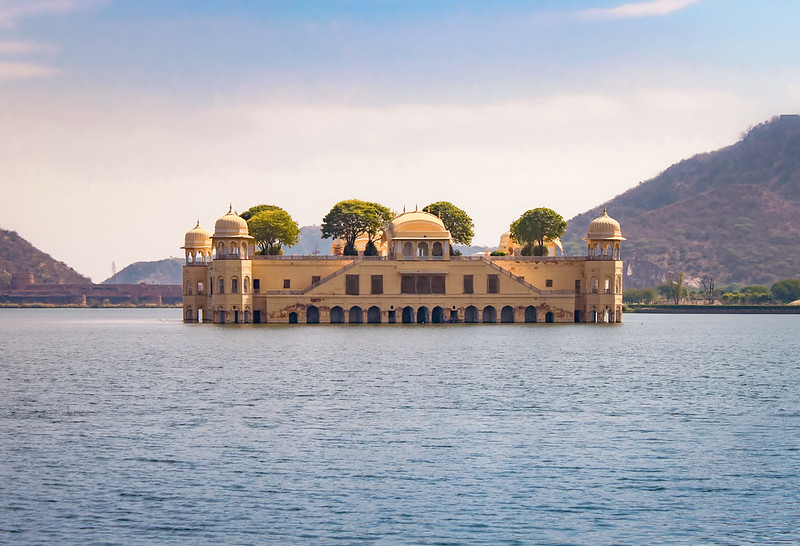 Jaipur, India is the capital of Rajasthan and with a population of 3,1 million, it’s also the largest city in the state. It was quite a different experience coming from religious, intoxicating and chaotic Varanasi to this seemingly organised and healthy city.

Jaipur is also know as “The Pink City”, but at first glance, it wasn’t that pink. Sure, it had a few blue houses, but honestly, I didn’t get the reference. One thing I did notice was that it’s much cleaner than Varanasi where we just came from. It was obvious that we were in a different and wealthier state.

The highlights of your Jaipur itinerary should be food & forts.

Spend your days getting a glimpse of local life by browsing the bustling bazaars, then head to historical places in Jaipur like the forts and museums to learn about its rich history and why it’s protected as a UNESCO World Heritage Site. From floating palaces to ancient stepwells, here are the best places to include on your Jaipur itinerary. 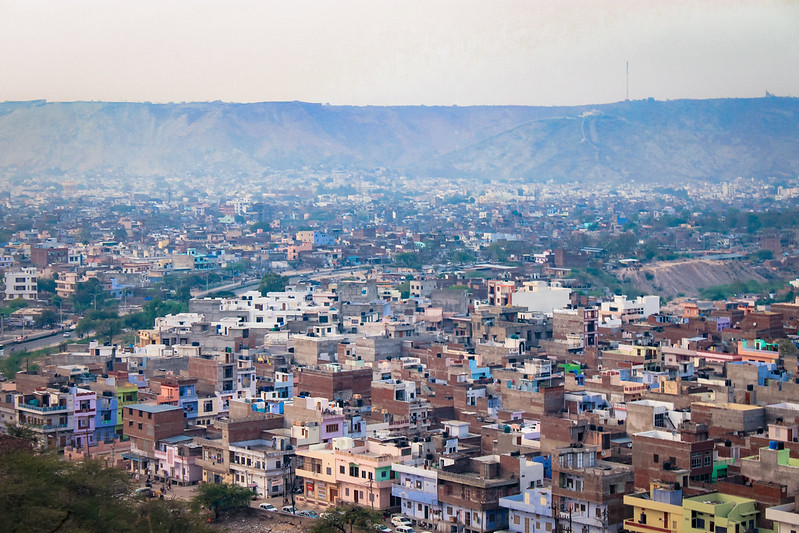 The city palace is a large complex in the centre of the city, with several courtyards, gardens, and museums to take a look at. 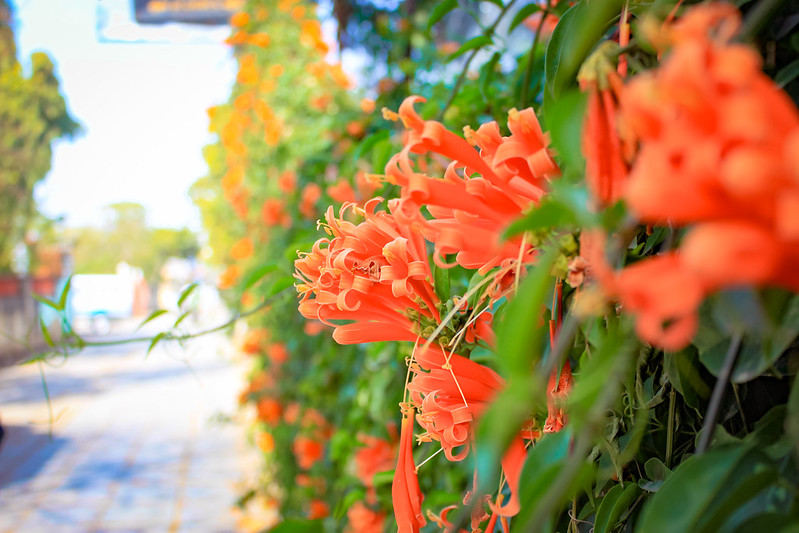 One of the places I was most excited about visiting in Jaipur was Hawa Mahal. The five-store Hawa Mahal was built in 1799 and it has 953 small windows called jharakhas. They were built for the royal women to observe everyday-life without being seen themselves.

When you see Hawa Mahal in a picture, it looks big and powerful, but in real life it’s quite small. Also, I was surprised to find out that it’s front and not a building.

It was still an incredible piece of architecture, though. 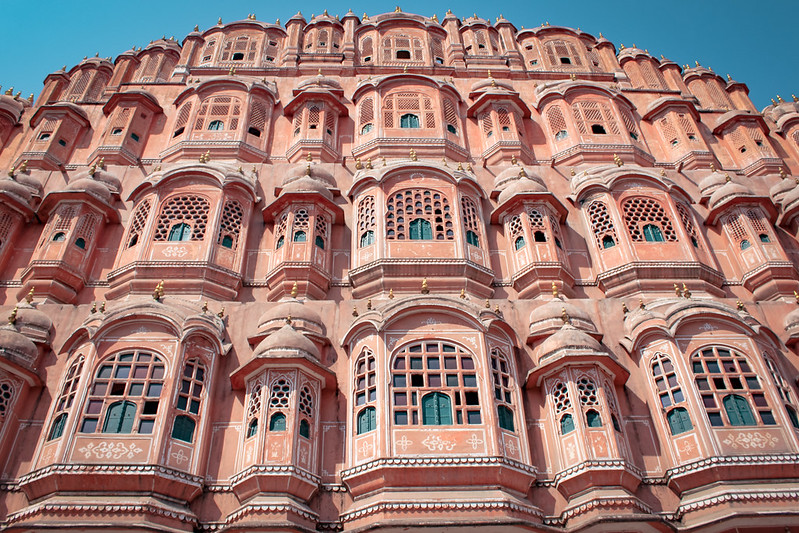 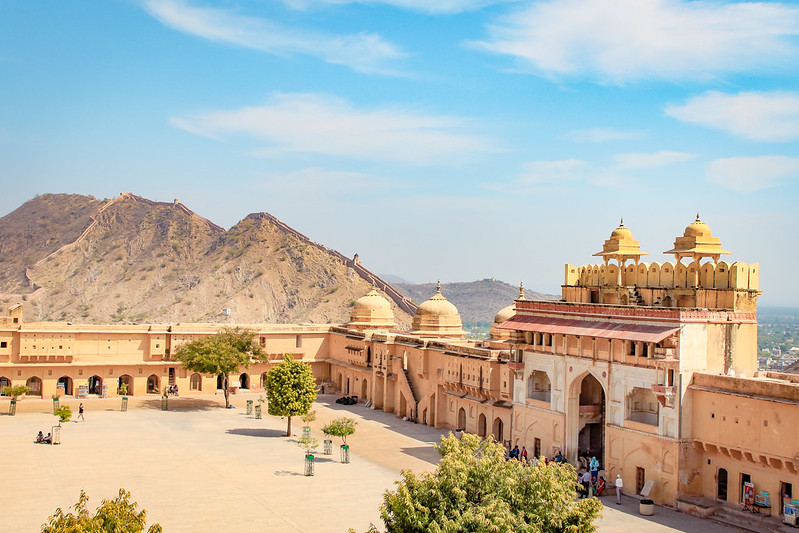 After our meeting with Rani, we continued to the Galta Monkey Temple, which is one of – if not the – best places in town to watch the sunset. As the name reveals, it’s crowded with monkeys, some of which were rather territorial, but that was nothing a small bribe couldn’t handle.

After watching the sunset with the monkeys, we were invited to eat dinner at our tuk tuk driver’s family in the slum. We happily agreed! 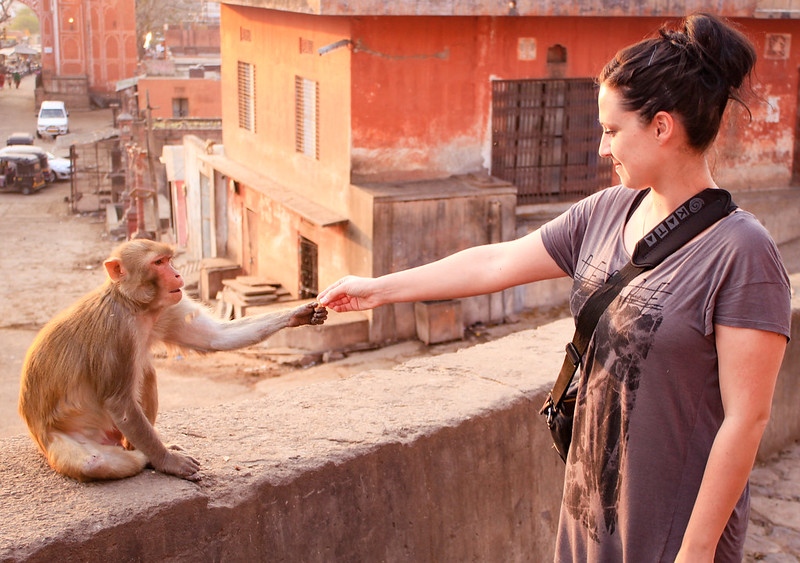 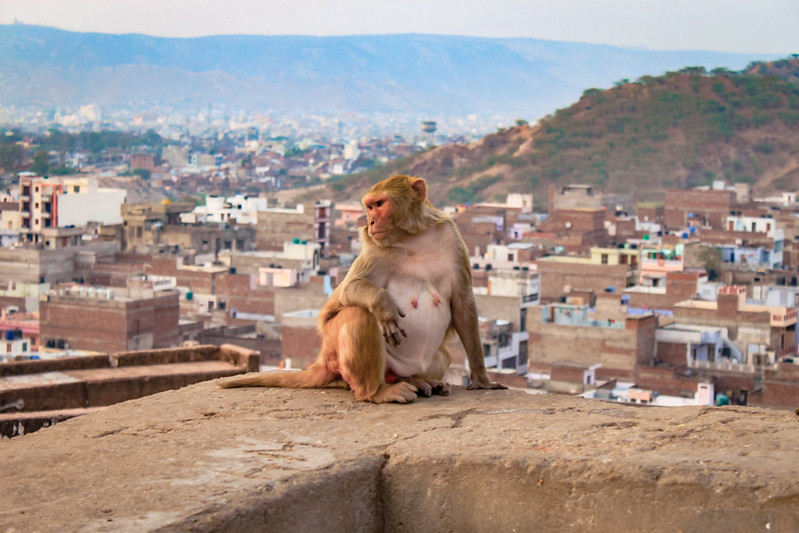 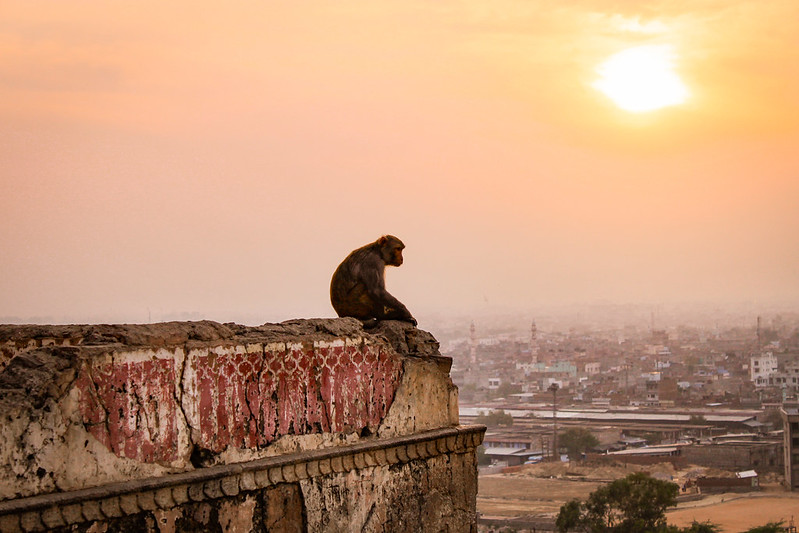 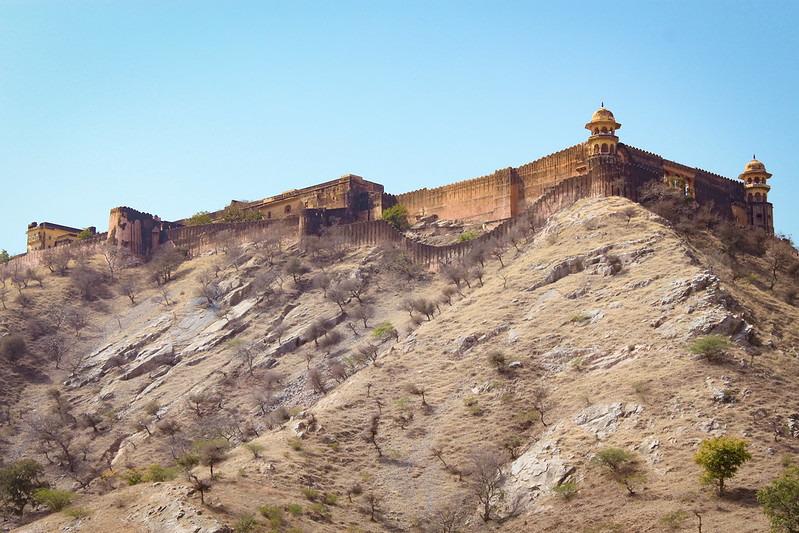 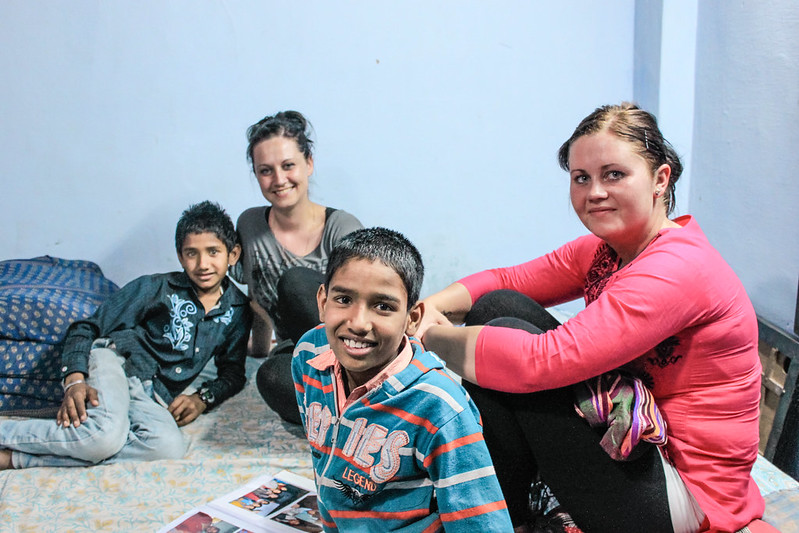 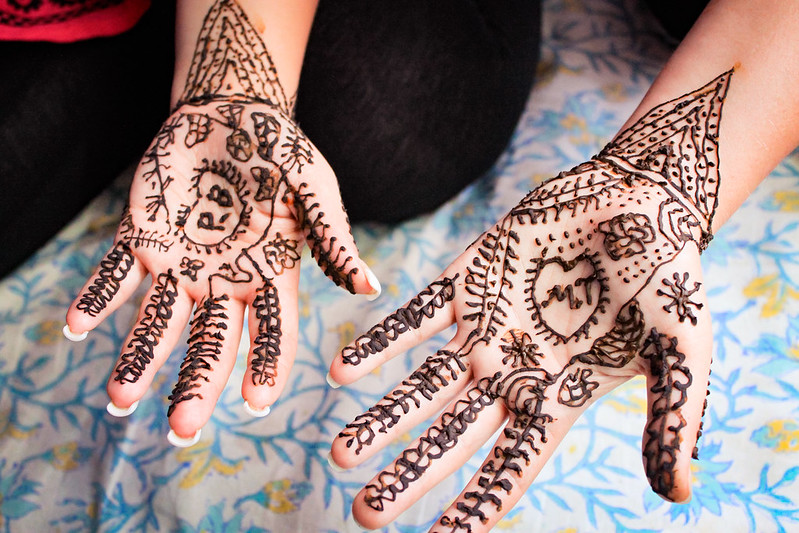 I haven’t had the best experiences in the past visiting non-wild elephants in Asia, so when GS proposed a meeting with a Rajasthani elephant, I wasn’t intrigued. I had no desire to witness any more sad and starved animals in chains, but GS ensured us that this was quite the happy elephant.

His name was Rani and he was 5 years old. Although he was in chains, he was not mistreated in any way. Several times a day, Rani walked around the area, ate, bathed and clapped. And most importantly, I could see that he was happy. It didn’t take an elephant whisperer to tell that Rani was in good hands. I’m really glad we went to see him. 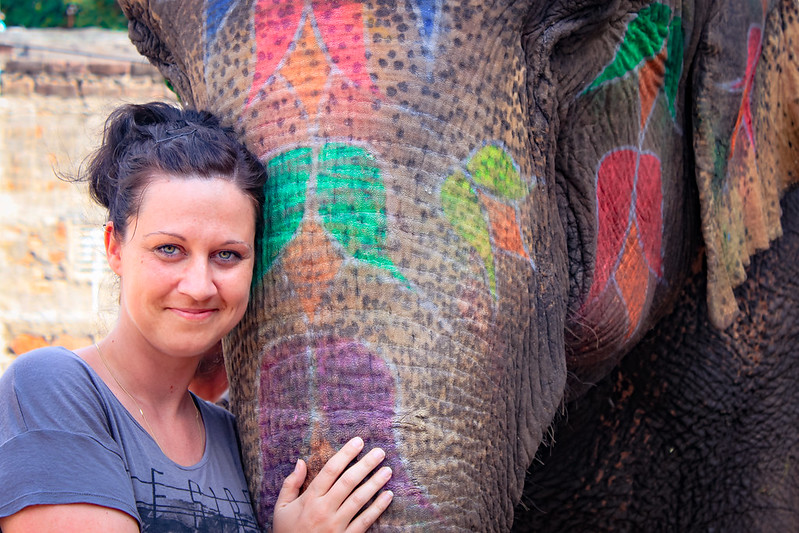 Where to stay in Jaipur 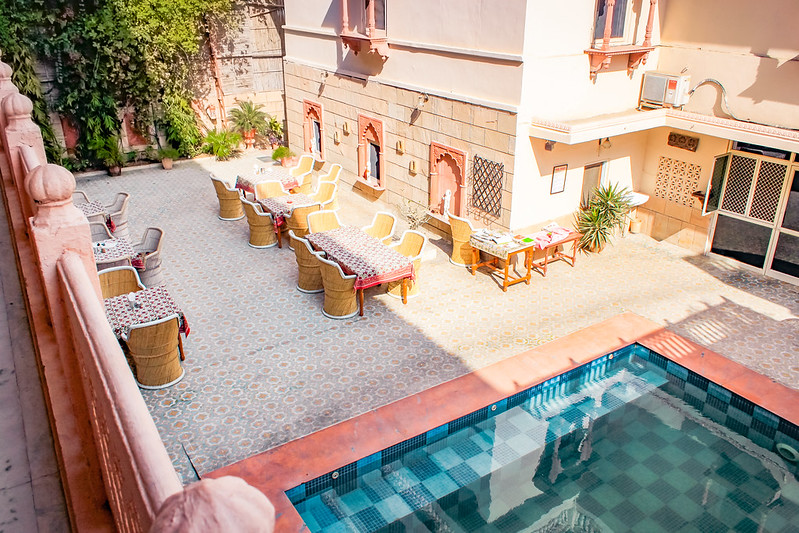 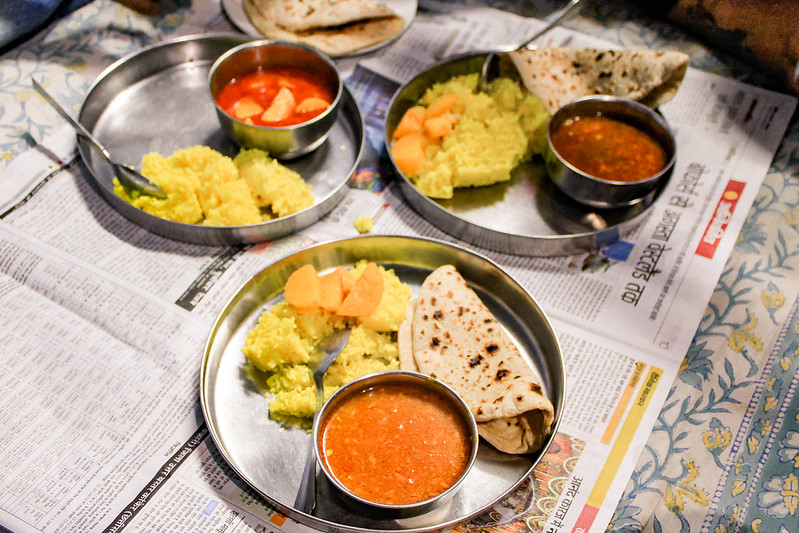 What about you, adventurers? Would you go to Jaipur, India? 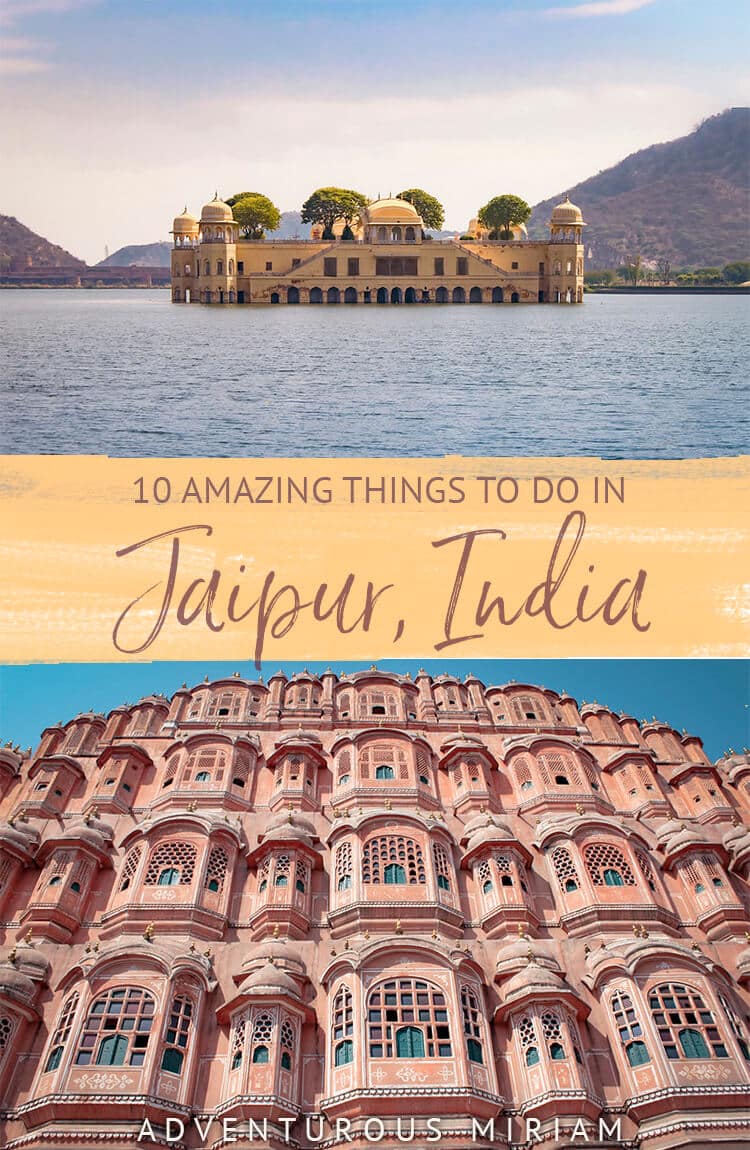