I got scammed in India (and how you can avoid it)

I got scammed in India (and how you can avoid it) 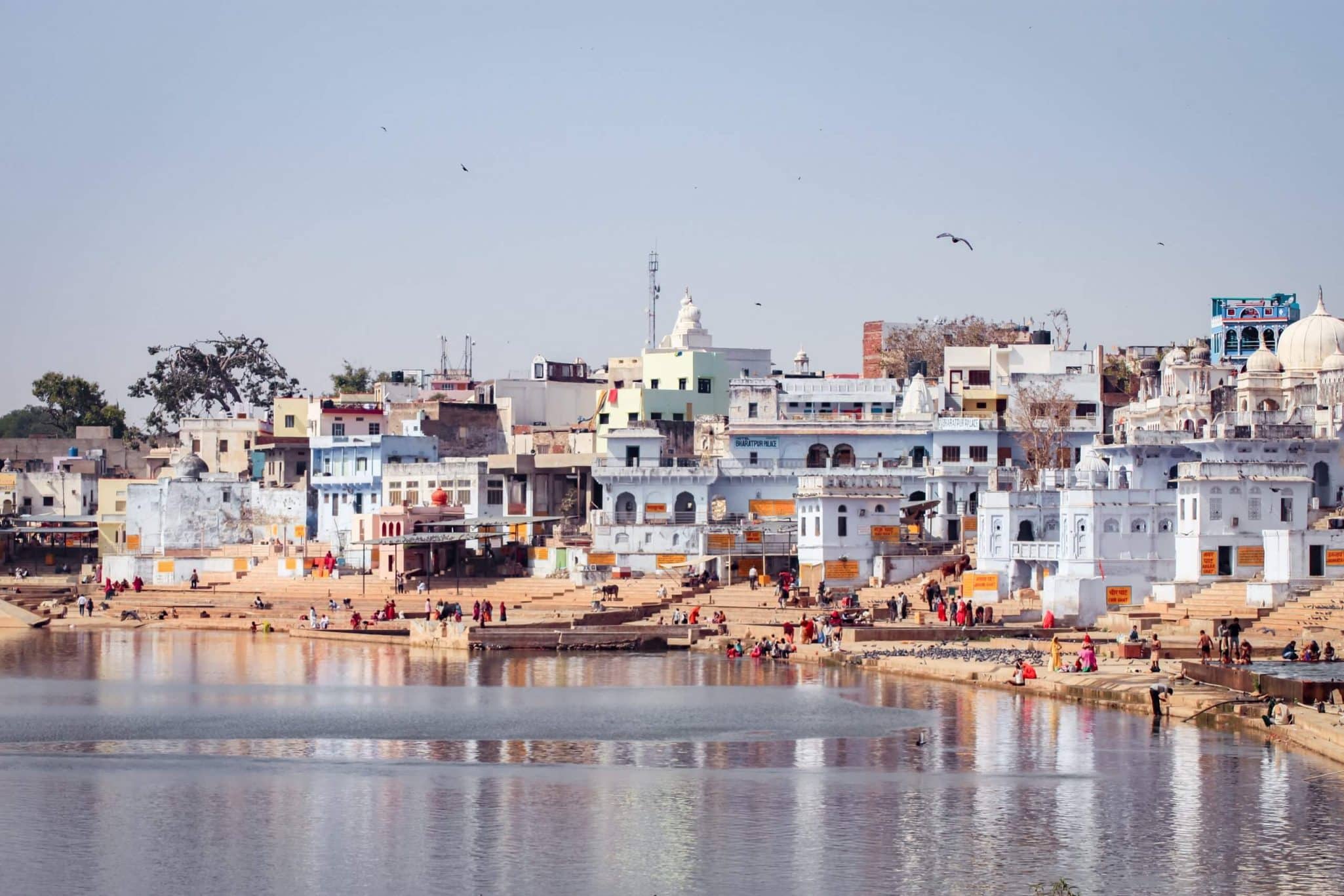 Pushkar is often portrayed as a holy city inhabited by holy people; as a place where people come to die and be cremated by the banks of Lake Pushkar. It’s a sacred place for rituals and prayers or at least that’s what they tell you. The harsh reality is that although it might have a spiritual significance, it most of all booms with low-life scammers and hocus holy men.

Sadly, I found out the hard way. 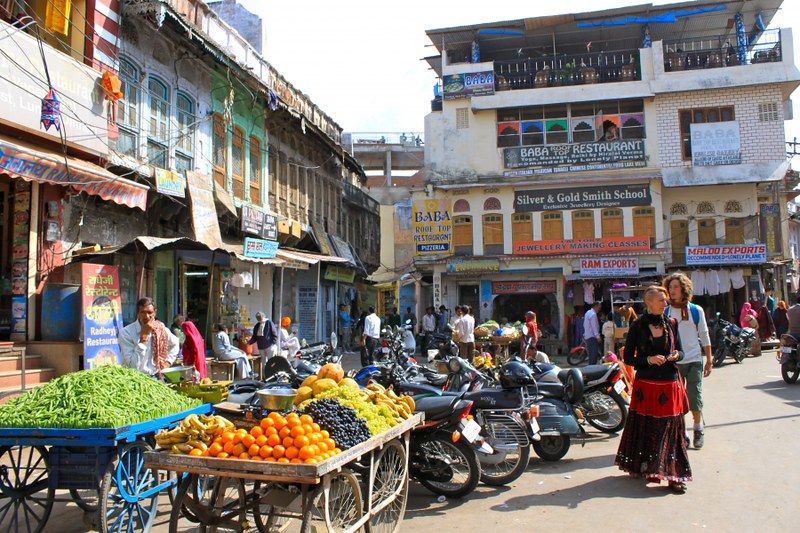 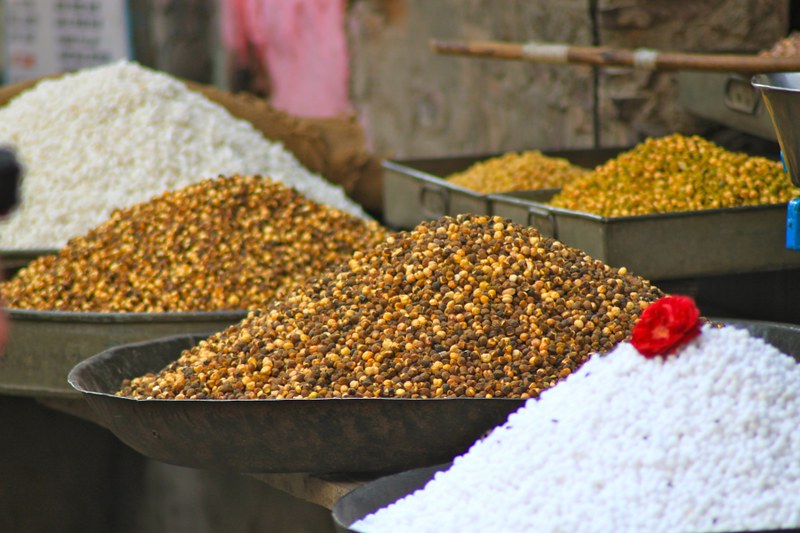 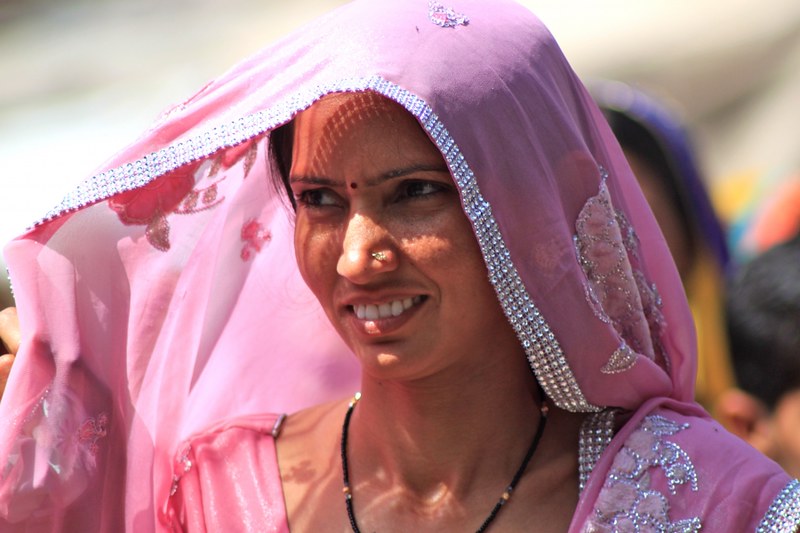 I was told to watch out for locals offering me flower petals in Pushkar. It’s a well-known scam where they approach you and give you some petals. Then they demand a ludicrous sum of money and make a scene and potentially involve the police who is also in on the scam, if you refuse to pay up. So, obviously, we wouldn’t touch them with a barge pole! After several dodges, we got to the holy pilgrimage lake and thought we were in the clear.

Little did we know, our problems were only just beginning…

When we reached the ghats, we were immediately approached by an elderly man with a turban. In India, it’s not uncommon that strangers approach you, so I didn’t give it much thought. At the beginning he just walked next to us, then he told us that he was a brahmin; the highest of the hindu caste system. When he went on telling us about the lake and asking about our families I didn’t even realize that he’d led me away from Pernille and down to the water. When I did notice, I told him upfront that I wouldn’t pay him any money, but he kept saying that he was a brahmin and that it wasn’t about money.

Naive as I was, I believed him. Also, seen in retrospect, it wasn’t the smartest move to reveal the names of my family. It all just went so fast, and suddenly he wrapped a ribbon around my wrist while giving blessings to my two brothers.

Where I come from, giving blessings to someone’s dear ones is pretty darned personal. So, when he said: “you give me a 1,000 rupees donation for every one of your family members”, I was in shock. How could he pray for my family and in the same breath ask for a donation?! 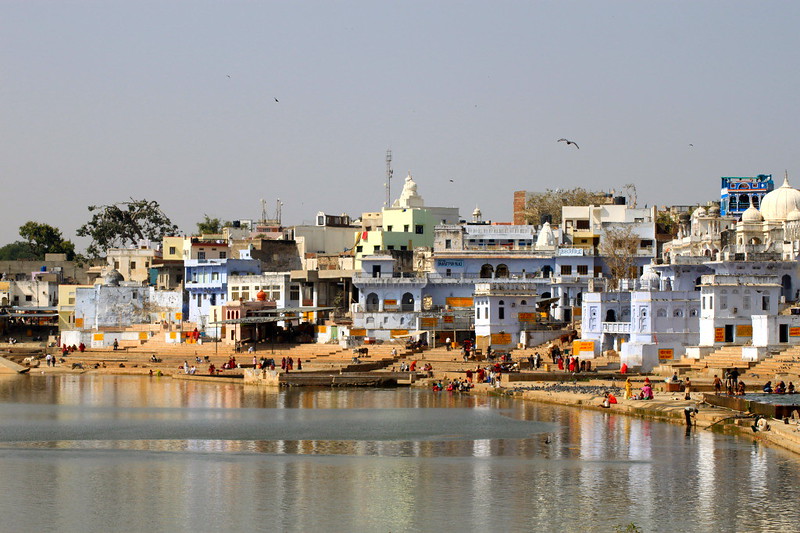 HOW I GOT AWAY FROM THE SCAMMER

I tried to get past him, but the so-called brahmin stepped in front of me and called over a friend of his. I saw Pernille on the other side of the ghat speaking to someone, but I couldn’t get in contact with her as the bullying friend openly blocked my way. “Pay, or we call the police!” he said in a harsh tone while they pushed me into a corner.

I was scared. I had no intention of involving the police since they could be in on it – and then what would happen! I had 500 rupees in my wallet that I curled up and quickly handed over. While they unfolded it, I ran for the hills… or in this case, Pernille, whom I found in a similar argument with another scammer. I took her hand and we both ran up the stairs and far away from the scammers. 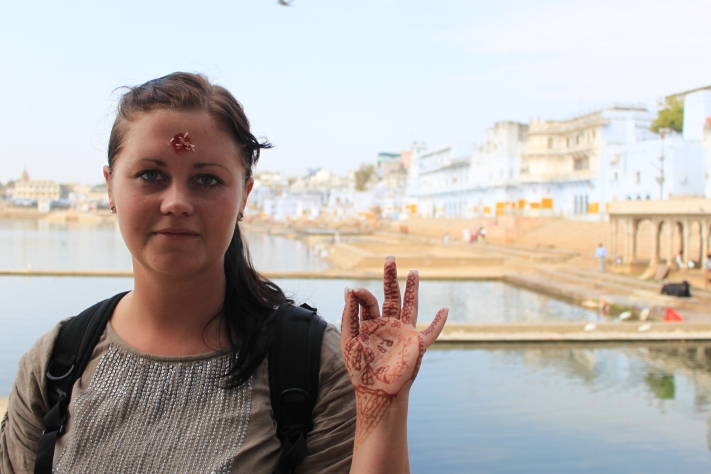 Pernille is forcing a smile

CHEERING UP IS HARD TO DO

After the incident, we were low-spirited and figured that a nice Indian meal could cheer us up. We went to Honey and Spice at Laxmi Market where we ordered a healthy breakfast and ate in silence. When the owner of the restaurant handed us the bill, he said out of the blue: “If you didn’t pay them more than 1,000 rupees, don’t worry. I had a costumer yesterday who gave them 5,000 rupees. Happens all the time.”

I didn’t know whether to be relieved or outraged. 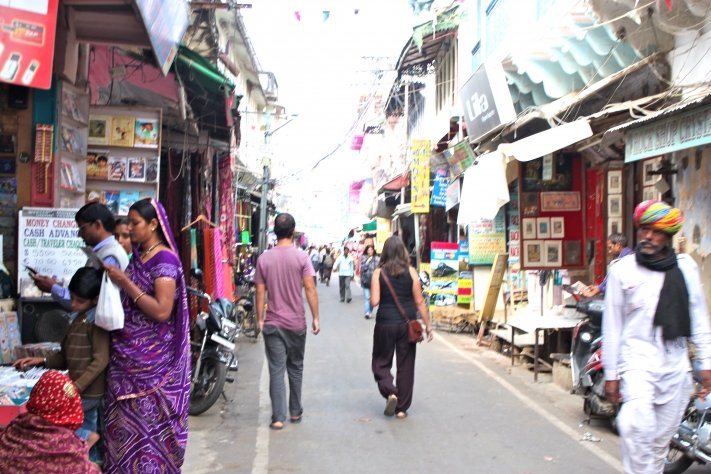 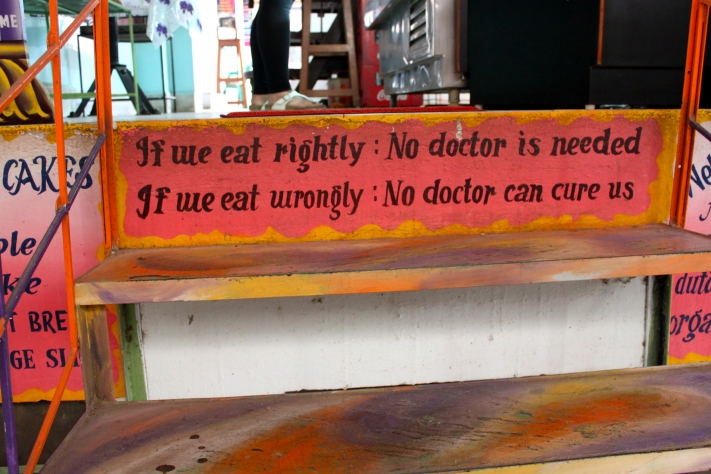 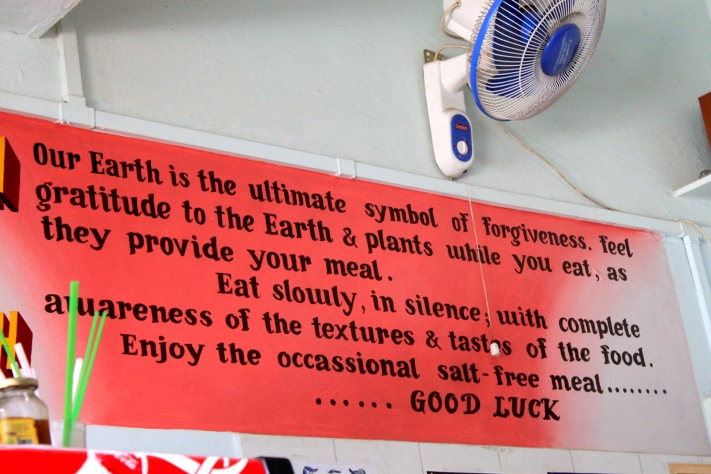 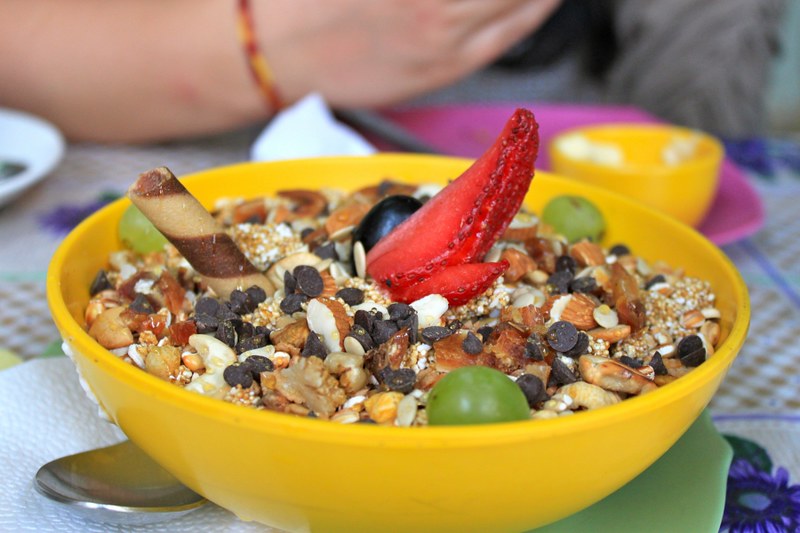 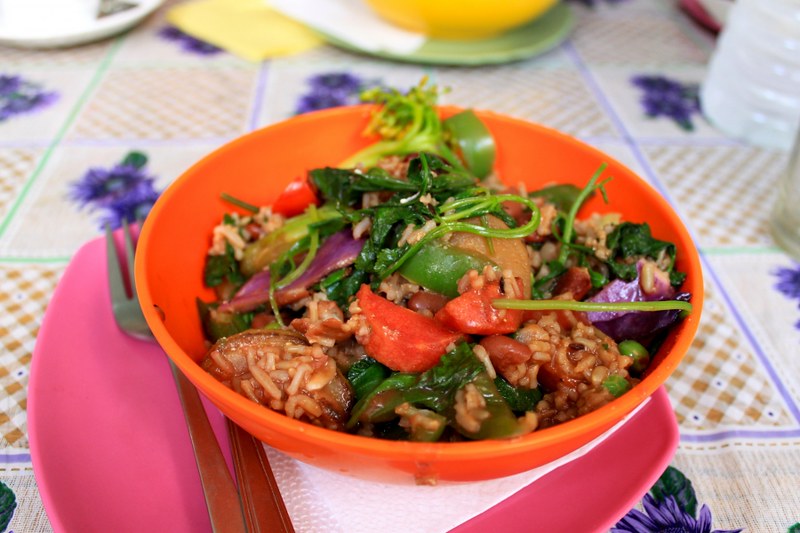 Our mindful eating didn’t really add any zen to our moods and I couldn’t get over the fact that I had let myself get scammed. Had all my years of traveling taught me nothing?

Getting scammed was a blow to my ego and I felt ashamed of what had happened. But this whole thing also taught me that we learn all the time. Just because I’ve dodged my share of scams in the past doesn’t mean I’m immune to them. If anything, I’ve learned to be more alert and never to trust a stranger just because he claims to be religious. It was a hard-learned lesson, but it was well learned.

Have you been scammed on your travels? 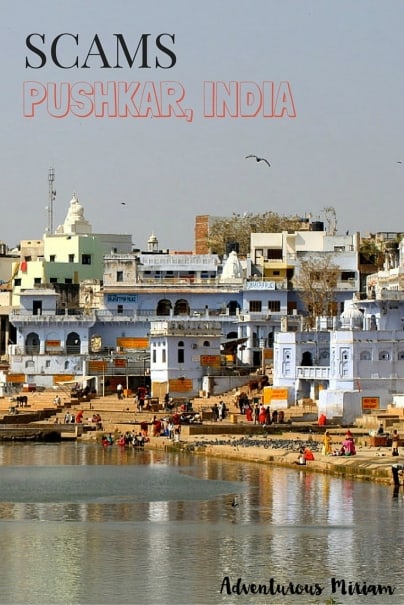