Visit Sønderborg & the island that looks like a dinosaur 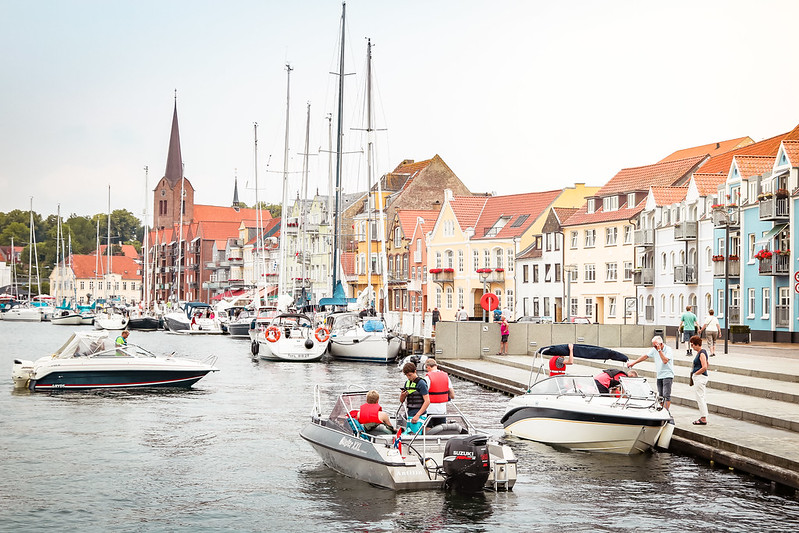 Southern Jutland, with highlights like Ribe, Blåvand and the impossibly cute Møgeltønder, is swarming with Germans in the summer. In fact, just last week I heard that 90% (!) of the Danish summer houses on the West coast are rented by Germans.

Which to me is odd, because why aren’t Danes interested? Are we missing something here?

You guys know that I love a hidden gem, and I’m honestly so tired of hearing about the same tourist destinations in Denmark, like Copenhagen and Skagen, over and over again. Granted, Denmark is a small country, but we have so much stunning landscape and beautiful villages in all of Denmark, and I’m eager to explore new areas and share my findings with you.

So, today I’ll introduce you to a little-known town in Southern Denmark and hopefully convince you to visit Sønderborg.

Sønderborg is located on Als. A small island that looks suspiciously much like a dinosaur.

It even has those hilariously tiny arms like T-Rex 😀 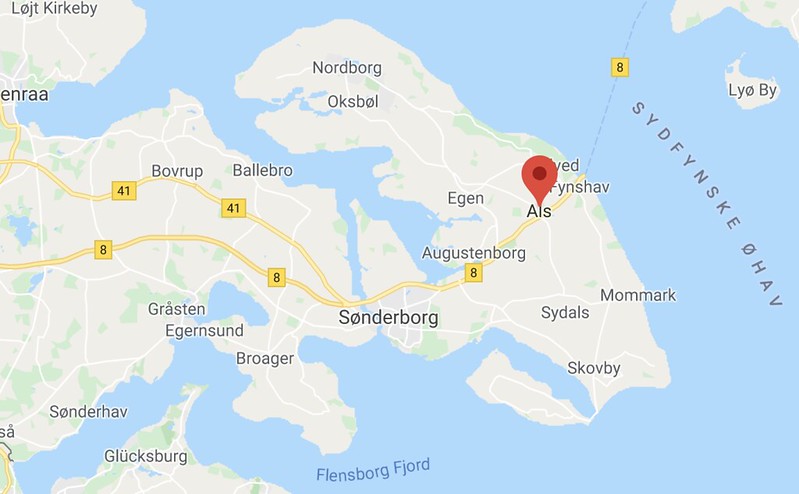 Als is just 35 km from the Danish-German border, which makes it closer to Hamburg than Copenhagen. As I’ve mentioned before, Southern Denmark is a culturally mixed area of Danes and Germans.

This means you’ll find German schools and Kindergardens in Sønderborg, and you will inevitably hear the charming greeting: “Mojn”, which is used in all of Southern Denmark and Northern Germany.

10 things to do in Sønderborg

Sønderborg has a lot going on, so you won’t run out of things to do here. It’s also a great base for exploring the rest of Als and Southern Denmark. Let’s take a look at some of the best things to do in Sønderborg:

The most popular sight in town is Sønderborg Castle. The castle was built in the 13th century and became one of the strongest Danish fortresses in the Middle Ages. It’s also known as a prison for King Christian II, who was lured into an ambush and held prisoner at Sønderborg Castle for 17 years (1532-154).

2. Enjoy a concert at Alsion

Another popular activity is to spend the night enjoying a concert, lecture, theatre or stand-up comedy at local concert hall, Alsion.

3. Island hop with one of the ferries

From Fynshav on Als, you can take the ferry to Funen or Ærø (very beautiful little island). The ferry named Ellen, sails from Als to Ærø 3-7 times a day and from Als to Funen every other hour in just 50 minutes. You can bring your car, but it costs extra.

4. Walk along the promenade

Sønderborg promenade offers a plethora of sights. Especially considering how small it is. Here are just a few of the interesting sights from the King Chr. X bridge to Sønderborg Castle:

In Blomeskobbel forest, you’ll find Scandinavia’s largest collection of burial mounds and barrows from 3500 B.C. The huge cover stone on one of the grave chambers weighs around 20 ton. Spend a day exploring Blomeskobbel, Skelde Burial Mound, the relics in Nørreskoven and Baronens Høj (also a burial site).

The most popular beach in Sønderborg is called “Fluepapiret” (English: the fly paper) because it’s so visited. The beach is 5 minutes walk from the town centre, near Sønderborg Castle.

7. A scenic flight over Sønderborg

View Sønderborg and the rest of Als from the air in a Cessna 172. There’s room for three passengers, and prices start at 395 DKK. They only offer this flight during summer (and sometimes not at all). I recommend emailing or calling Sønderborg airport and ask about availability.

8. Enjoy the day at Augustenborg Palace

Augustenborg Palace is one of Denmark’s most beautiful and historic castles. Explore the Rococo-style palace and garden, situated above the Augustenburger Fjord. The grounds includes a Baroque-style and a sculpture garden, which is home to 100 sculptures and is the second largest of its kind in Denmark.

During World War II, the Frøslev Camp was built to avoid the deportation of Danish political prisoners to concentration camps in Germany. Several thousand Danes were imprisoned by Gestapo in the Frøslev Camp.

Dybbøl Mølle is a mill museum and national symbol of Danish bravery. It was the final battle field during the war in 1864, when Denmark lost the war against Preussen (Germany) and the country border was moved up north. Today, Dybbøl Mill and the surrounding buildings are a museum, were you can learn about Dybbøl as a memorial sight for both Danes and Germans. 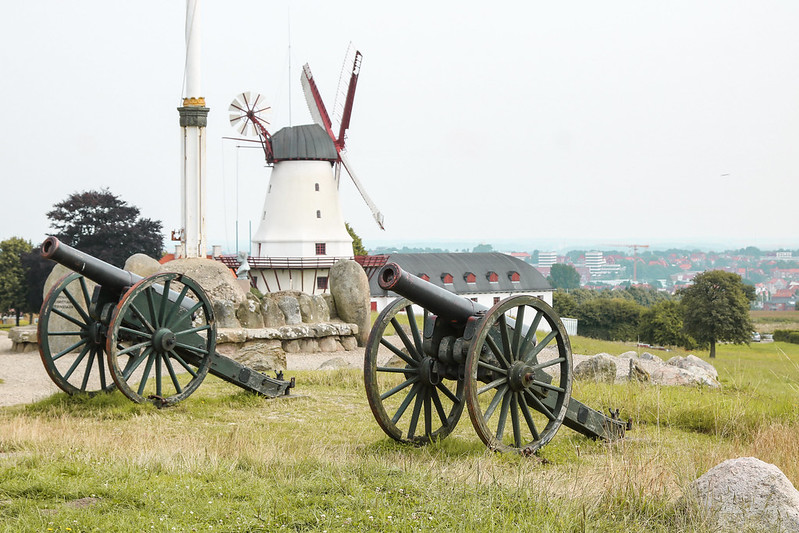 And now on to the food!

If you like cake, there’s one thing you HAVE to try in Southern Denmark: ‘Sønderjysk Kaffebord’ – literally, a ‘Southern Jutland coffee table’. Danes love meeting up for coffee and cake, but here, they take it to the extreme. For birthdays or coffee time, you’ll be served seven types of soft cake and seven kinds of biscuits.

My family is from Northern Jutland, where we have a similar tradition, so at family birthday parties there are always 7-10 different cakes to choose from. And then my mom likes to throw in some freshly cut fruits and buns with homebaked leverpostej and 5-6 other choices of fillings. Anything less just won’t do.

You can try Sønderjysk Kaffebord at a few castles or inns around Southern Denmark. Here are two nearby options, which you can conveniently combine with a trip to a traditional Danish castle: 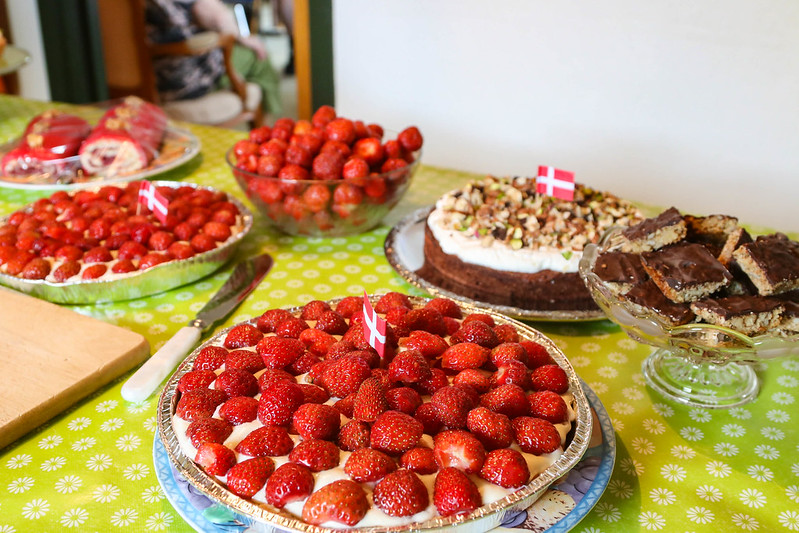 The best restaurants in Sønderborg

Another thing you need to know about the regional cuisine in Southern Denmark is that it’s fusion cuisine. That means you’ll get the best of German & Danish food. Think sausages, smoked foods and a combination of sweet & sour. You can relish the regional delights at one of the many restaurants in Sønderborg. Here are a few of the best ones:

Read next: 20 amazing dishes you must try in Denmark

When to visit Sønderborg

Sønderborg is always worth a visit no matter the time of year. However, you’ll find more activities and events during the summer months, which are also the most pleasant weather-wise. Spring (April-May) and autumn (Sep-Oct) aren’t too shabby either for a visit. 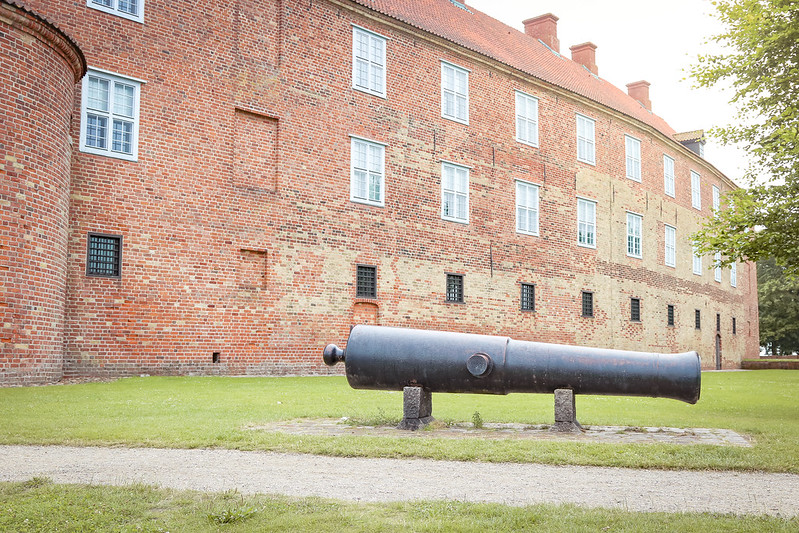 It’s easy to get to Sønderborg from the larger cities in Denmark. Once you’re there, the city is very walkable. It’s flat and small, which makes it perfect for both elderly and families with kids.

From Billund – If you’re coming directly from Billund airport, you can drive to Sønderborg in just 1,5 hours. It takes around 3 hours by train and bus.

Read next: How to rent a car in Denmark 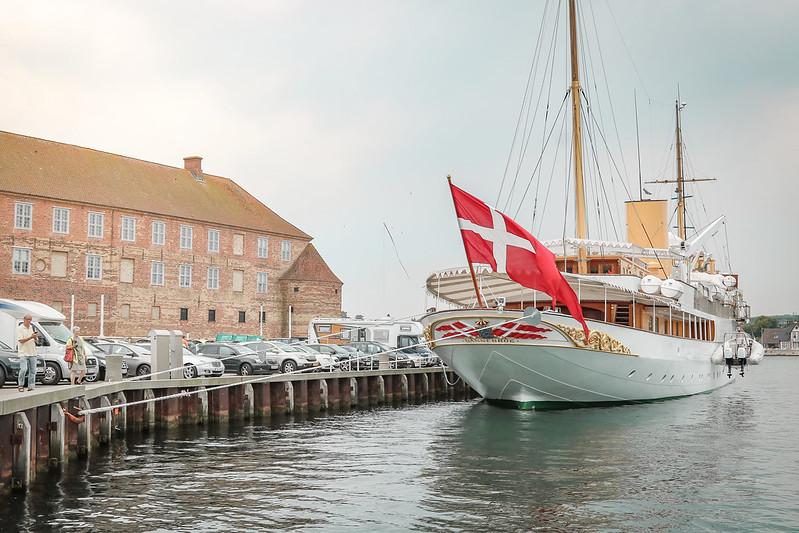 Where to stay in Sønderborg

Sønderborg is a great place to spend a weekend while you enjoy the restaurants, sights and the city life. These are the best places to stay in Sønderborg.

Dybbøl Annex – A nice location close to Dybbøl Mølle, a little away from the city. Super quiet and cosy apartment. Find the latest prices here.

Steigenberger Alsik – Hotel & Spa – If you prefer a modern Danish stay, this minimalist hotel is the perfect find. It’s got a pool, stunning views and huge rooms. Find the latest prices here. 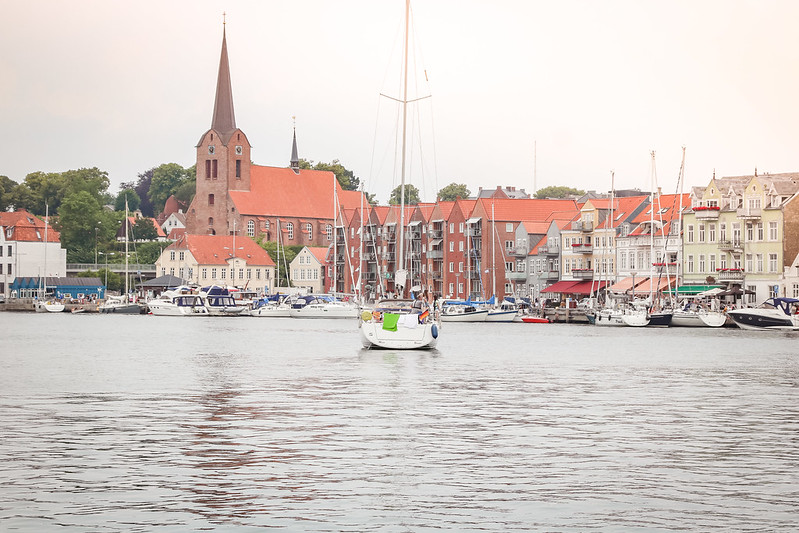 Planning to visit Sønderborg? Ask me anything in the comments