Traditional Danish food is more or less all about meat and fish dishes with potatoes and gravy – like stegt flæsk med persillesovs and herring.

However, within the last 20 years, Danish chefs have incorporated more organic and local produce into the cuisine, so you’ll see this a lot in Danish restaurants – especially on Bornholm and in Copenhagen. This is known as New Nordic cuisine or New Danish cuisine.

Copenhagen is home to several Michelin restaurants, such as NOMA, Kadeau and Geranium to name a few. In this post, I’ve included what we in Denmark call “mormor-mad”, which is traditional Danish food the way grandma used to make it. So, let’s dig in! – or ‘velbekomme’, as we say in Danish.

Read next: 6 best places for local food on Bornholm

In general, Danish cuisine is quite heavy and meaty (particularly pork). We eat a lot of potatoes and vegetables on the side, and traditionally they’re boiled or steamed. A lot of traditional Danish dishes are only seasoned with salt and pepper, making the ingredients take centerstage.

So, a few words about New Nordic food because it’s such a big part of Danish culture. New Nordic cuisine is inspired by a manifesto written by Danish food activist and culinary entrepreneur Claus Meyer in 2004. New Nordic food is known for its experimentation, and it has an innovative approach to traditional Danish food along with a focus on health and an ethical production philosophy.

Proud fact: In 2019, Danish restaurants hold a total of 35 Michelin stars, more than in any other Nordic country.

Let’s begin with the Danish national dish, shall we. Stegt flæsk med persillesovs. This is a very rustic dish that consists of crispy fried pork served with boiled potatoes, parsley sauce and pickled beetroot. You can taste our national dish in several restaurants around Denmark.

Karbonader is one of the typical Danish foods, also known as krebinetter. Earlier on, karbonader were served with peas and carrots in a white sauce, but the younger generation likes them with a green salad or rye bread.

Mhm, frikadeller! Danish meatballs consist of equal calf and pork, flour, eggs, milk, onions and spices and is served with rye bread or potatoes. Frikadeller is also a popular topping for smørrebrød (both hot and cold). And in the summer, they’re typically served with potato salad (double yum!).

If you happen to be in Denmark during Christmas, you’re bound to taste the Christmas duck (juleand). On Christmas Eve, we eat roast duck with potatoes, caramelised potatoes and the best gravy ever.

Read next: How we celebrate Christmas in Denmark (+ lots of food pics)

Some say that stegt flæsk med persillesovs is the Danish national dish, but I’d say smørrebrød wins first place. Smørrebrød is an open-faced ‘sandwich’ that consists of a piece of buttered rye bread called rugbrød, topped with topping such as pieces of meat, fish, egg, cheese or avocado and topped with garnishes.

Denmark is surrounded by the sea, so it’s only natural that we have a lot of seafood. Herring and fiskefrikadeller are among the most popular everyday food in Denmark, but the best – in my opinion – is the plaice fillet, cod and the shellfish (crab claws and Norway lobster tails).

Shellfish is quite expensive, but on the flip side: you will get premium quality. And if you buy it directly on the harbour and cook it yourself, it’s much cheaper. You can get super cheap fish in Bønnerup. We always go there for fresh fish.

Chicken and asparagus in tartlets

Tarteletter are puff-pastry tart shells filled with chicken, white asparagus and a white sauce made of butter, flour, and milk with carrots and peas. One of the classic Danish dishes, and a favourite for Christmas lunches.

Another typical Danish food is flæskesteg, which is a pork roast. Flæskesteg is served with red cabbage, caramelized potatoes and boiled potatoes with gravy. Some Danes eat it on Christmas Eve, but it’s also a common dish on Sundays.

Most Danes love pickled herring, and it’s one of the most popular toppings for rye bread. Even my 2-year old eats it at day care. One of the most beloved versions is herring in a creamy curry sauce, but you can also get it marinated or in cognac, just to name a few.

Hot dogs, known as pølser in Denmark, are the most popular street food. You can get them all over from a pølsevogn (“sausage wagon”) or any gas station. A Danish hot dog extends far beyond the boundaries of the bun and is topped with crunchy fried onions, raw onions, sliced pickles and ketchup, mustard and remoulade.

Another classic is the french hot dog. It’s a toasted bread with a hole through the middle, filled with ketchup and stuffed with a grilled sausage. And always get a chocolate milk drink called Cocio and eat it at the wagon.

Although you can buy koldskål at the grocery store all year around, it’s most common to eat during summer. Koldskål is made with buttermilk, eggs, sugar, cream, vanilla, and sometimes lemon. It’s a perfect light dinner, topped with biscuits, banana or strawberries. As a child, my mom always made it with oats roasted in sugar and butter, which is my absolute favourite!

Danish liver pate is probably one of the most traditional toppings on rye bread or white bread. Normally, you’d eat it on its own, but many like to top it with either pickled beetroot or fried bacon and mushrooms. You can get liver pate anywhere in Denmark, but the king of leverpostej is the homemade version (like the one below).

Clear soup with meatballs and dumplings

Although curry isn’t a typical Danish ingredient, Boller i karry is one of the most traditional Danish dishes. Basically, it’s just meatballs cooked in a sauce and served with rice. Kids love it, and it’s easy to make.

Mock hare is traditional Danish food on Sundays. It’s also one of my favorites because of the sauce – it’s to die for. Danish meatloaf – or mock hare – is made of equal calf and pork and wrapped in crispy bacon.

Mørbradgryde is pork tenderloin in a creamy sauce with bacon, mushrooms and cocktail sausages. Traditionally, it’s served with rice but some Danes also eat it with mashed potatoes.

Stjerneskud – shooting star – is actually an upscale smørrebrøds edition. What you get here is a slice of rye bread with fried and steamed plaice fillet, topped with shrimps, lettuce, white asparagus and caviar. You’ll get the best ones in Northern Jutland and by the sea.

One of the classic Sundays meals is mustard glazed ham served with scalloped potatoes. Traditionally, hamburgerryg is baked, but you can also boil it and then use the leftovers as smørrebrød toppings (like on the photo below)

Denmark is a major player in the history of beer, and as of 2014, there are 120 Danish breweries, which makes Denmark the country with the highest number of breweries per capita. This is the most popular Danish beer and alcohol:

A traditional Danish breakfast is typically eaten at home. A typical Danish dish is skyr with granola or fruit, cereals or oats or rundstykker, which is morning bunds sprinkled with seeds or grains.

On weekends (but definitely not limited to), many Danes have a breakfast dessert, known as wienerbrød. Among the most important type of wienerbrød are the snail pastries with cinnamon, butter, and iced sugar. You can get them at any bakery or at the modern chain; Lagkagehuset.

As you might have picked up, Danes love sweets; especially cake, chocolate and liquorice. That’s why, for any desert or celebration, we include something sweet. Whether it’s a homemade sneglekage (cinnamon cake with frosting) or a strawberry tart – the king of cakes – Danish delicacies are simply the best.

Here are a few examples of Danish desserts:

Oh, the Danish Christmas food. I could go on and on about this.. which I already have in two other posts, so I’ll keep it short.

Like any other country, Denmark has some specialties you just HAVE to try. Russia has vodka, Japan has sushi and Denmark has – well, if I had to choose just one super Danish thing, it would liquorice. Here are a few must-try’s from the Danish cuisine.

Have you tasted Danish food? What’s your favourite? 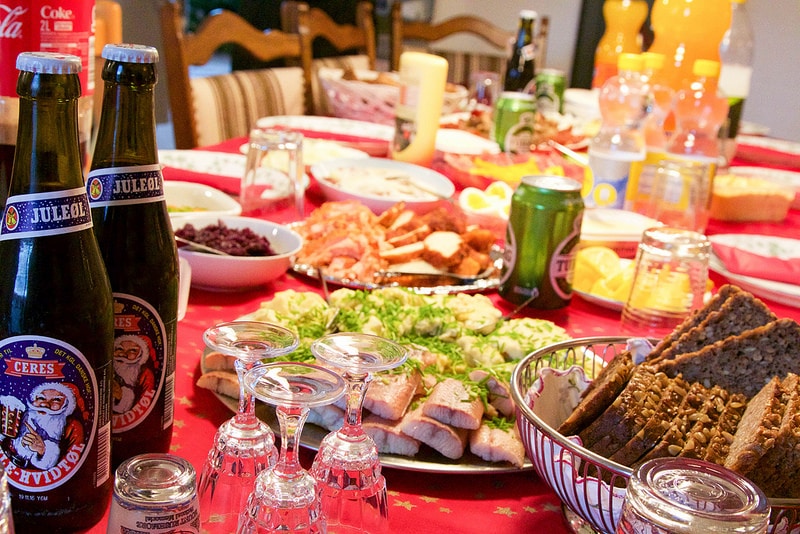 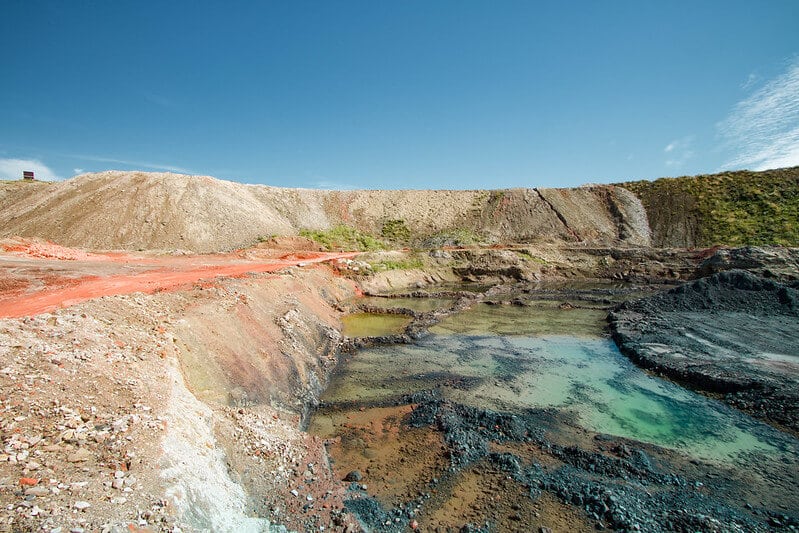 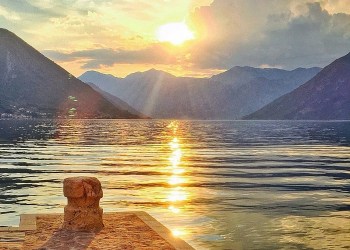 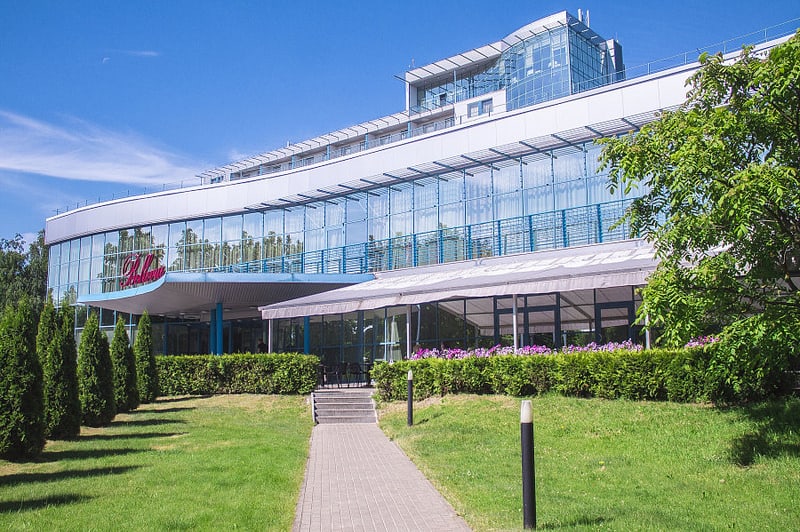