An adventurer’s guide to driving The Golden Circle in Iceland 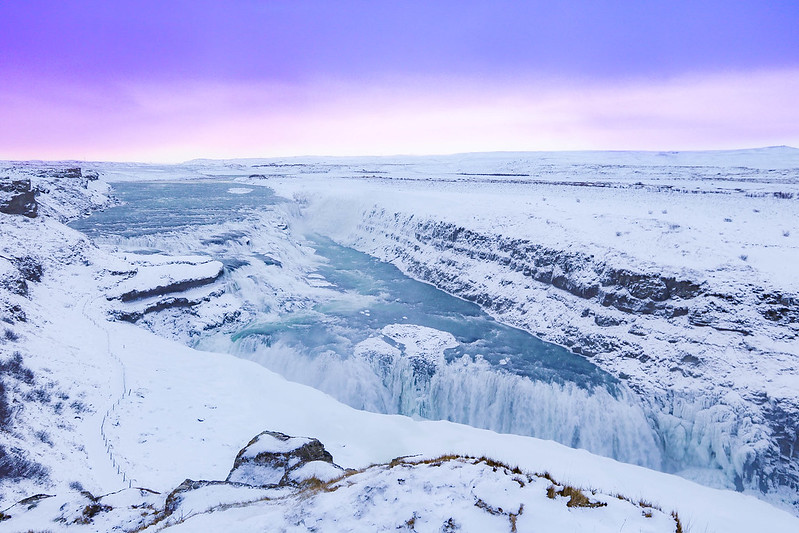 The Golden Circle in Iceland is one of the most popular day tours in the country, maybe only trumped by the Blue Lagoon. If you only have a stopover in Iceland, this tour is pretty much perfect because you can drive the Golden Circle yourself in one day and it’s packed with attractions.

Plus, did you know that it’s free to visit all the sights on this route? You only have to pay for transportation. Need I say more?

DRIVING THE GOLDEN CIRCLE IN ICELAND

So first things first. If you’re doing Iceland’s Golden Circle, you should drive it yourself. Sure you can join a day tour from Reykjavik, but if you like to have freedom, flexibility and time to stop and take photos of those cute Icelandic horses, rent a car. There are many car rental companies in Reykjavik and some of them will pick you up for free at the airport (ours did).

We rented a used car through SADcars. They’re cheap and you don’t have to return the car with a full tank.

The road to and from The Golden Circle is flat and easy to drive so a 4×4 isn’t necessary. Gas costs US $2 per liter (in January, 2017). Iceland is the one place that you want to buy car insurance with extra gravel protection (GP) to cover windshield and body damage. Gravel on the road is common, and repairs are expensive. You don’t need a GPS for The Golden Circle. A map should suffice, plus there are signs on the road and tour busses going the same way.

WHAT TO SEE ON ICELAND’S GOLDEN CIRCLE

The main three attractions on Iceland’s Golden Circle are Þingvellir National Park, Strokkur Geysir and Gullfoss waterfall. During winter when you only have 5-6 hours of daylight and possibly snow & icy roads, these three stops more or less fill up your day. In any other season though, consider visiting these extra sights since they’re on the road anyway.

Other interesting sights on the Golden Circle: 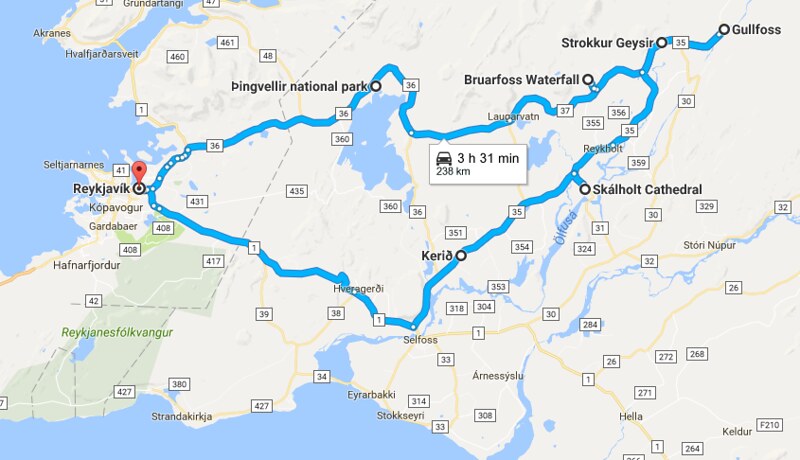 When you arrive at the visitor center, you’ll have to pay a small fee for parking

So, you got your car. Now it’s time to get from Reykjavik to Þingvellir (Thingvellir) National Park, which is the first stop on your Golden Circle trip. Þingvellir became Iceland’s first national park in 1928 and a UNESCO World Heritage Site in 2004. The national park is famous for three things:

The Mid-Atlantic Ridge passes right through Þingvellir and separates the North American Plate and the Eurasian Plate. This basically means that one part of Þingvellir is located in America and the other in Europe.

What’s really cool about this is that not only can you walk over it, but you can swim between the two tectonic plates, too. Just to warn you: it’s really cold. But if you’re up for it, head to Silfra fissure and jump in the 1°C degree glacial water. It’s clean and crystal clear. 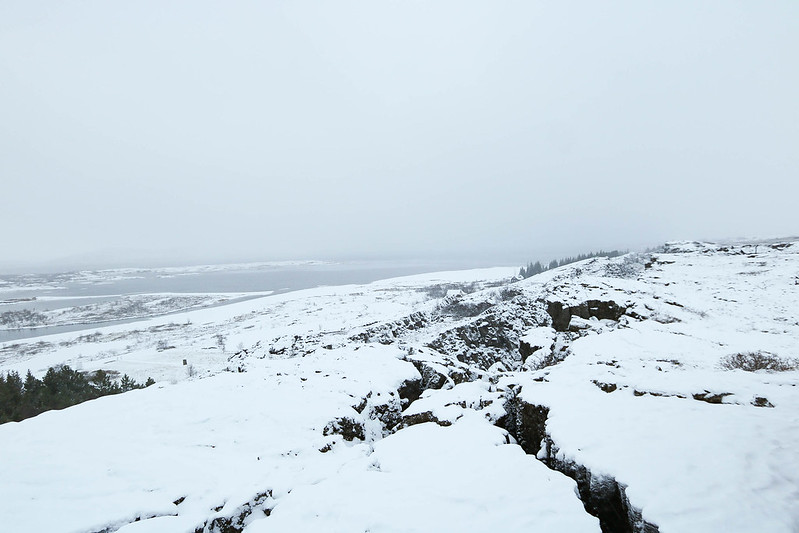 And for all us Game of Thrones fans out there, Þingvellir is also the place where several scenes of the show were filmed. Þingvellir appears in Game of Thrones as the narrow path leading to the Eyrie, as well as the location of Arya’s and Sandor Clegane’s journey.

Other Game of Thrones locations in Iceland: 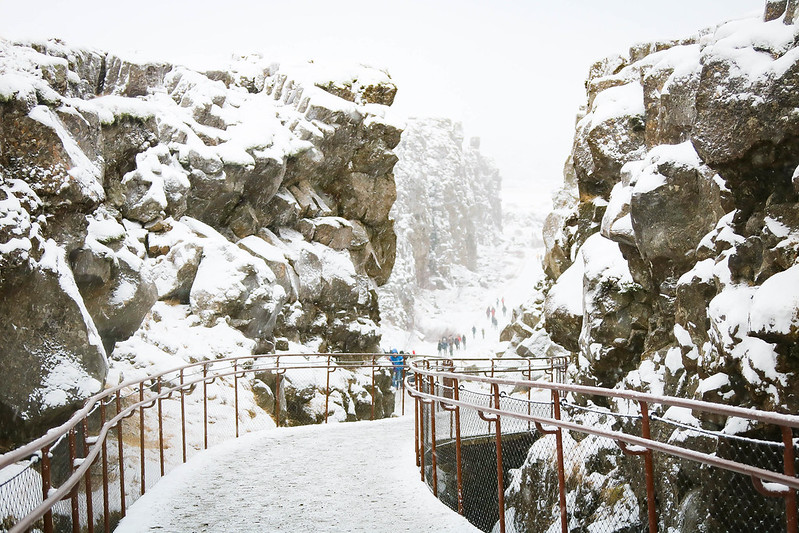 Path to the Eyrie and Arya’s & Sandor Clegane’s journey 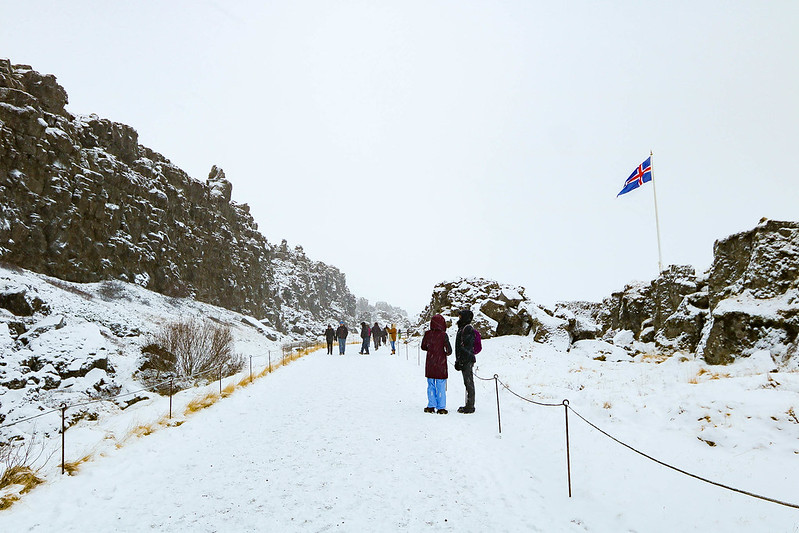 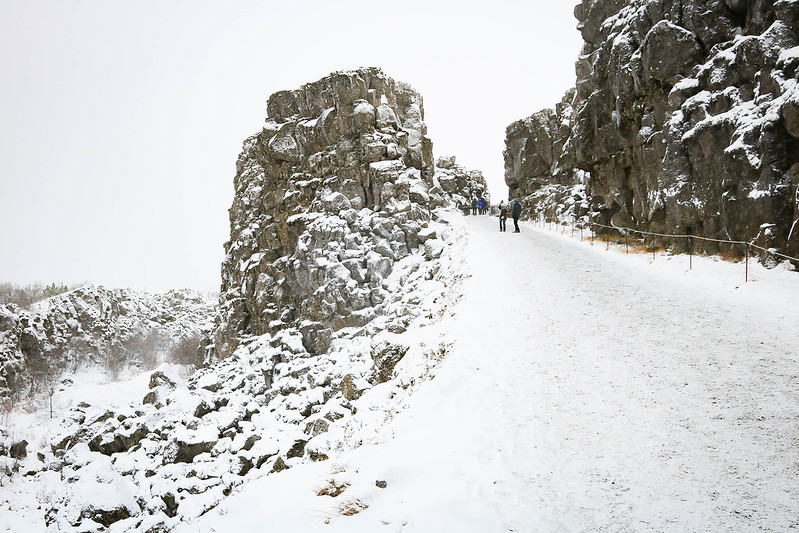 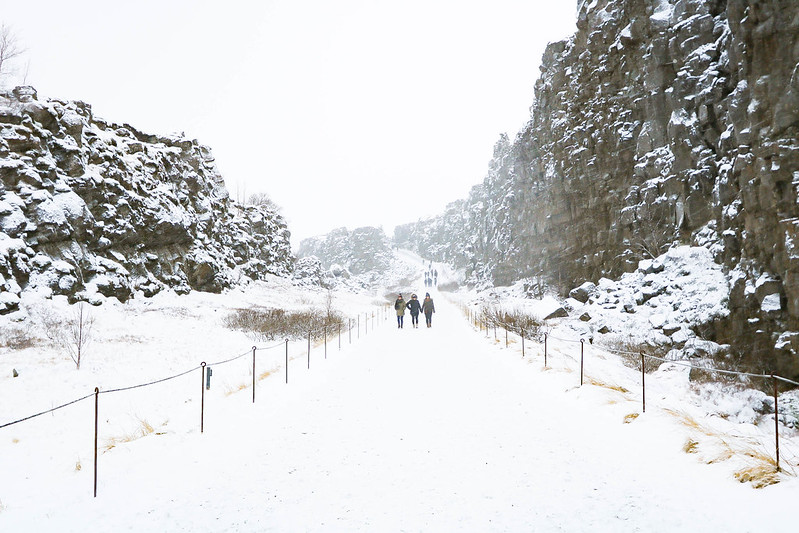 This path is more than a famous Game of Thrones site, though. From 1602 to 1750, this is where at least 18 women walked before being executed here at the Drekkingarhylur. In Icelandic, Drekkingarhylur means “Drowning pool” and it stands for a pool to drown in.

Add 30 beheadings, 15 hangings, and 9 burnings to the 18 drownings, and you have the 72 known executions at Þingvellir during this period. It’s the site of Iceland’s first parliament (Alþingi) in 930 AD and where Icelandic democracy was born, but many also met their fate here. 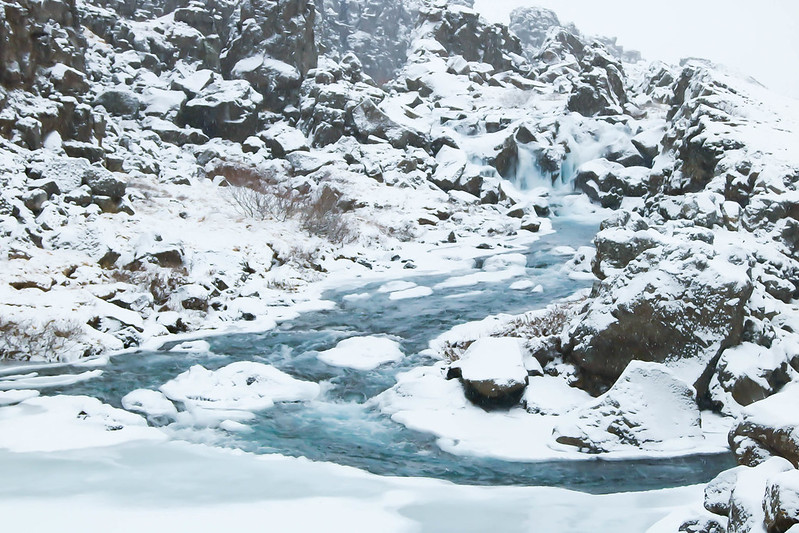 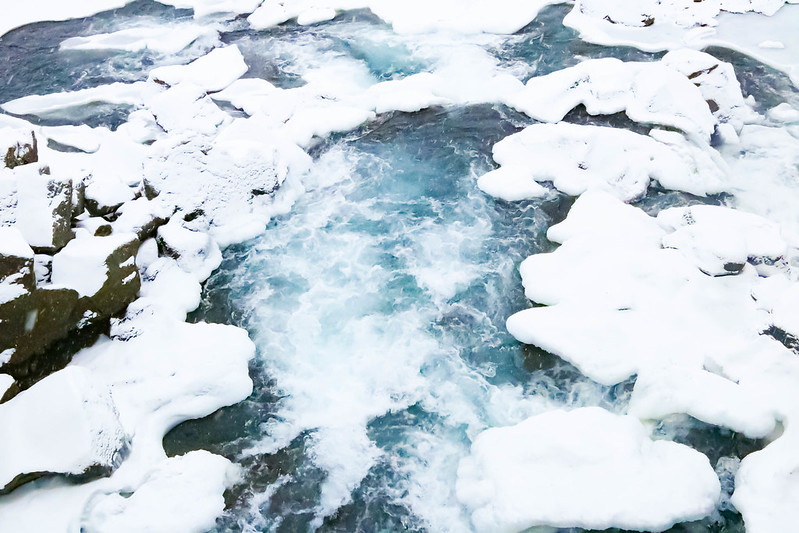 On a less morbid note, we walked to the nearby Öxarárfoss waterfall, which impressed by its icy coldness and frozen falls. At the bottom, the water was dreamless blue before the waves froze over and stopped flowing. If you’re visiting Iceland’s Golden Circle and wondering if you should make the effort to see Öxarárfoss – do it! It’s really, really beautiful. 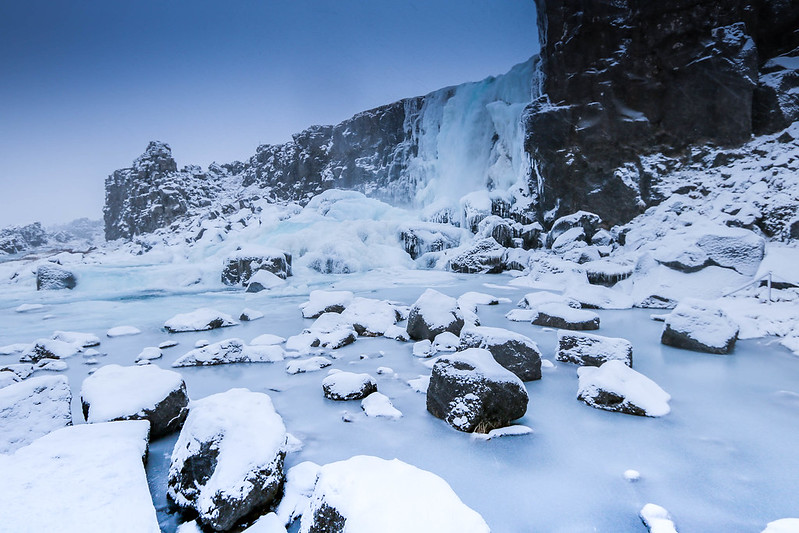 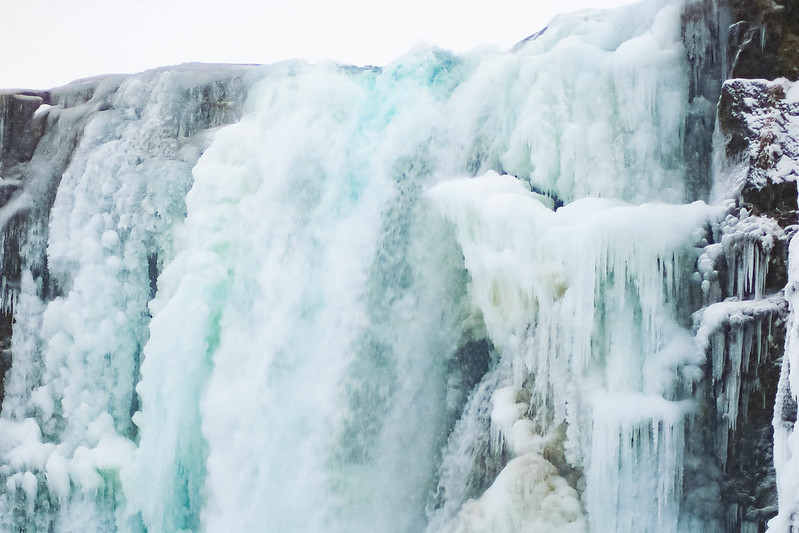 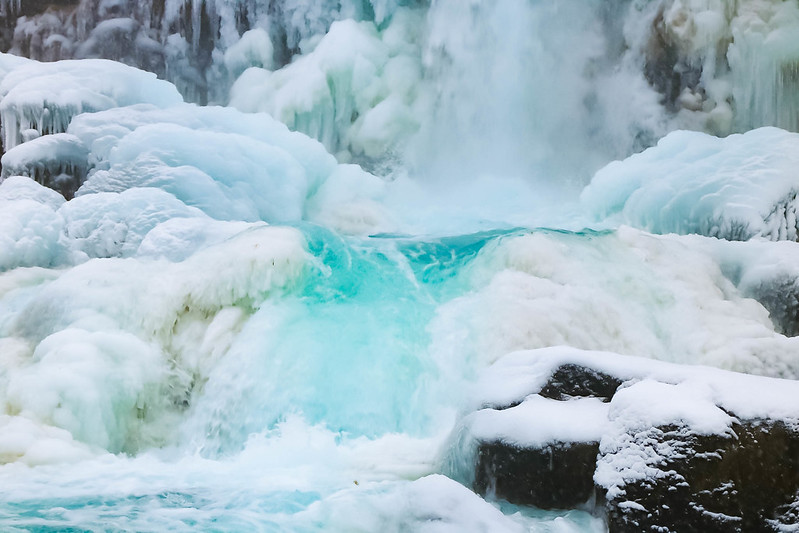 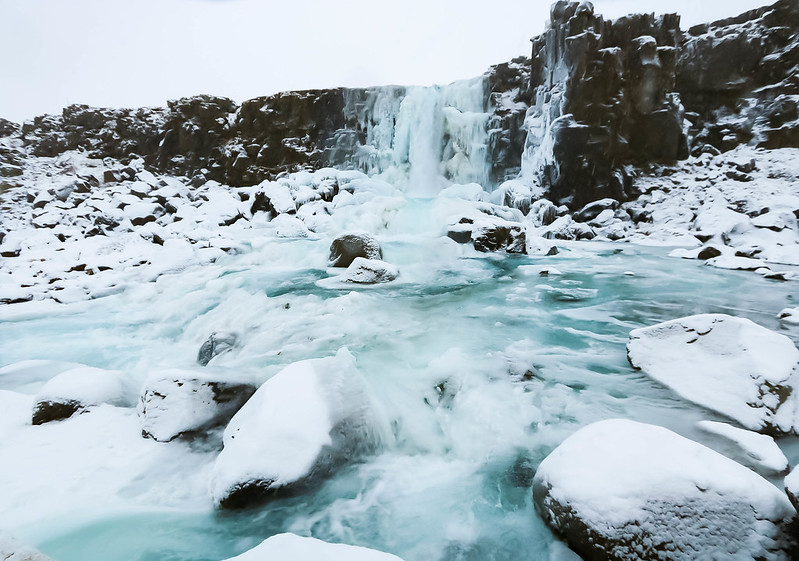 Next stop on the trip is the geysers at Haukadalur, about 1 hour’s drive from Þingvellir National Park. Strokkur is one of the two large geysers, while the larger one, Geysir, rarely goes off anymore. Strokkur shoots up every 5-6 minutes, sometimes as high as 60 meters! 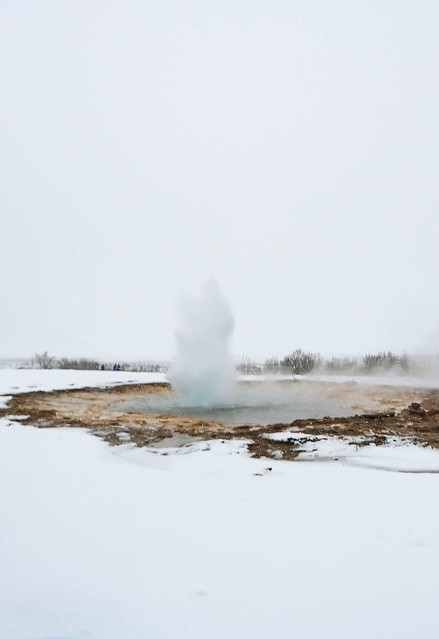 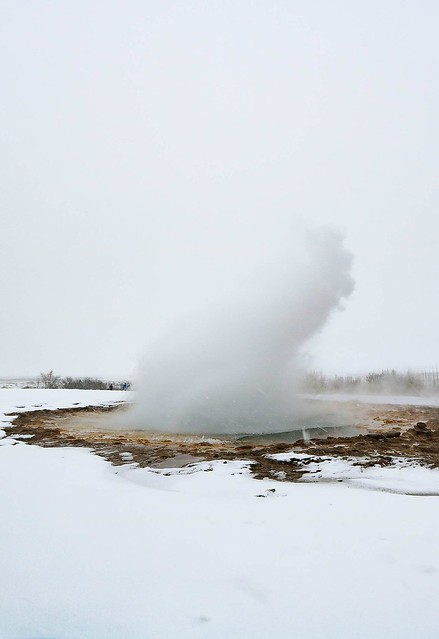 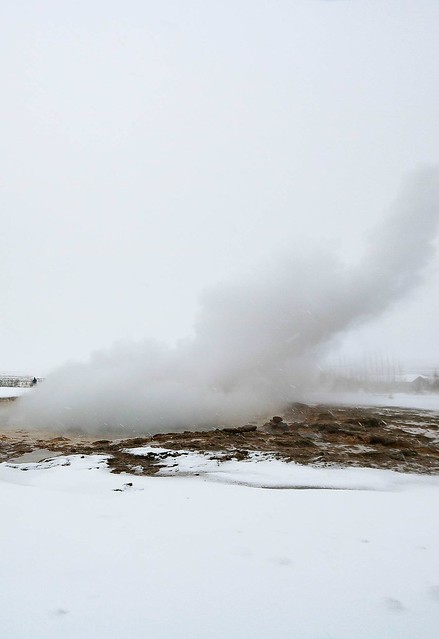 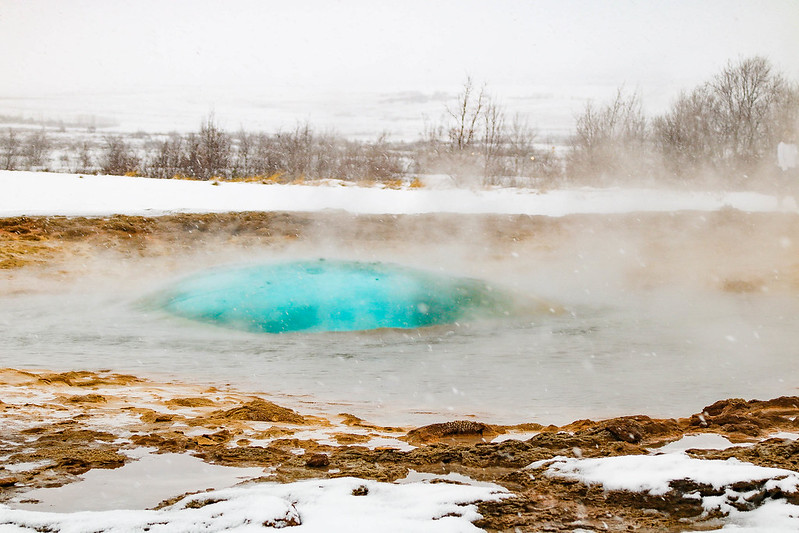 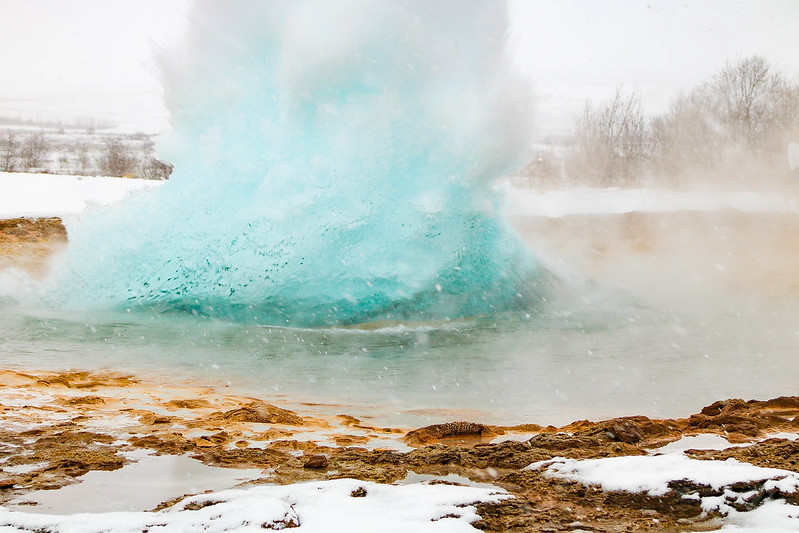 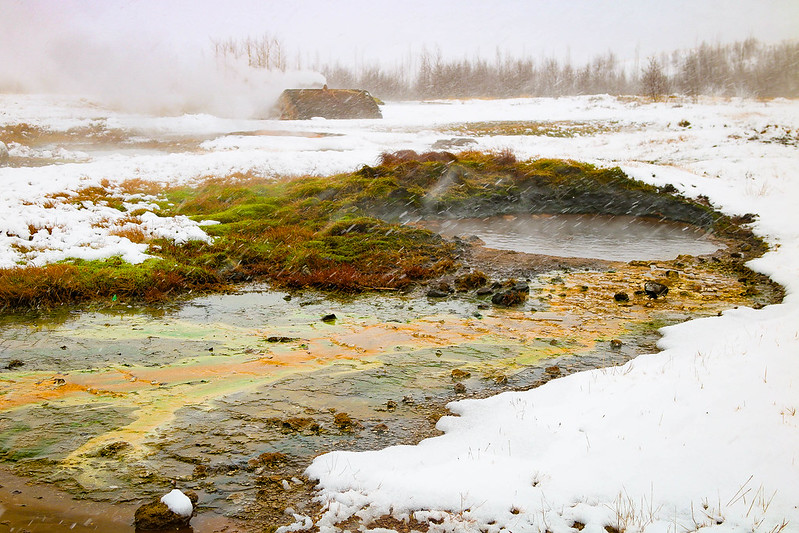 Just 10 minutes drive further east is Gullfoss waterfall (Golden Falls), which for me was the highlight of Iceland’s Golden Circle. This gigantic waterfall, flowing from the glacial river Hvítá, falls 32 metres down a rocky ravine.

I had a feeling it would be impressive, but oh my goodness it’s much more dramatic and powerful that I had imagined! It would have been so cool to get closer to the falls, but during winter the trails are closed for safety reasons.

Tip: If you visit outside the winter season, definitely bring a waterproof jacket or prepare to get soaked. 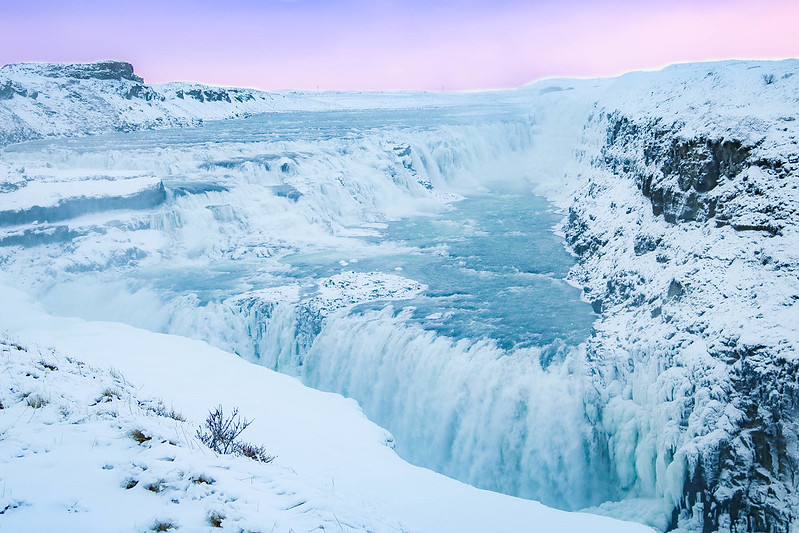 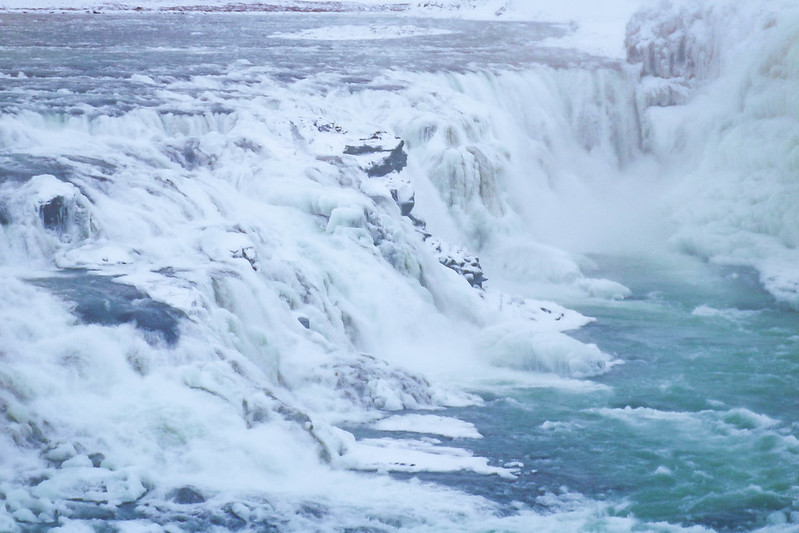 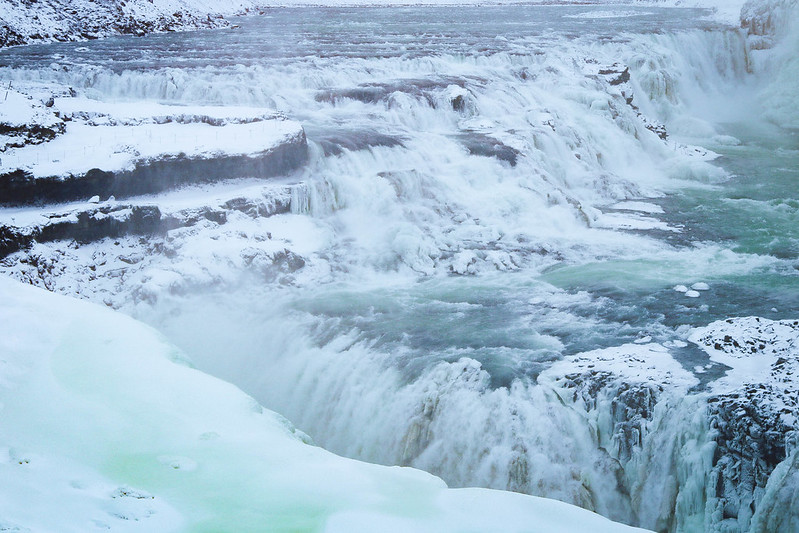 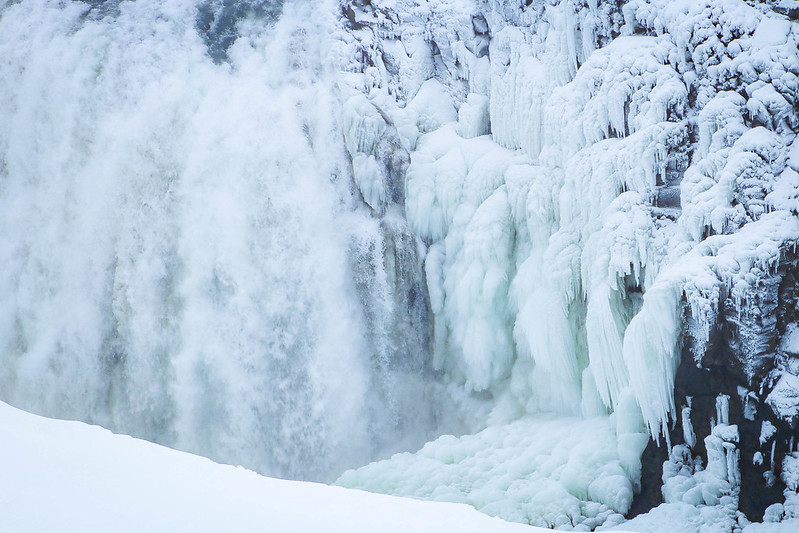 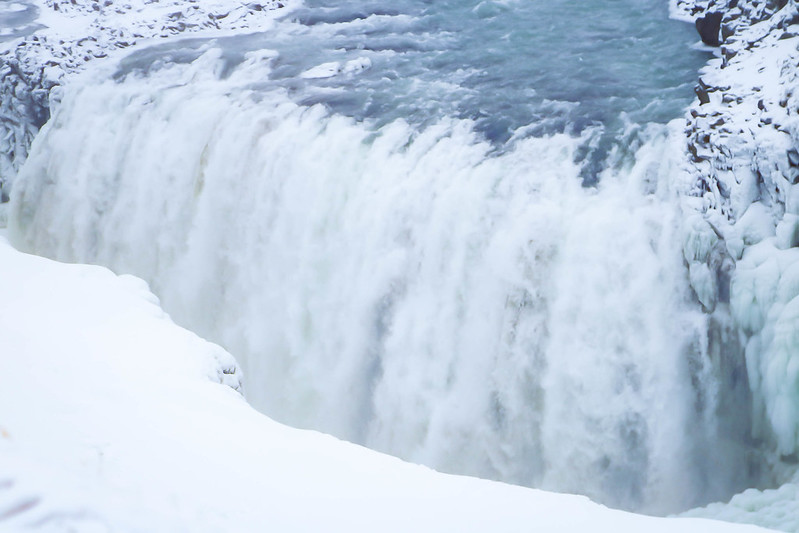 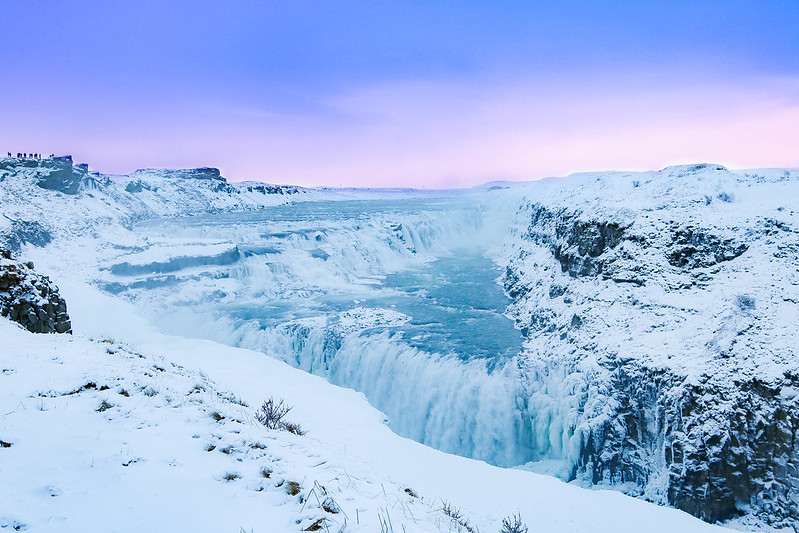 TIPS FOR VISITING THE GOLDEN CIRCLE 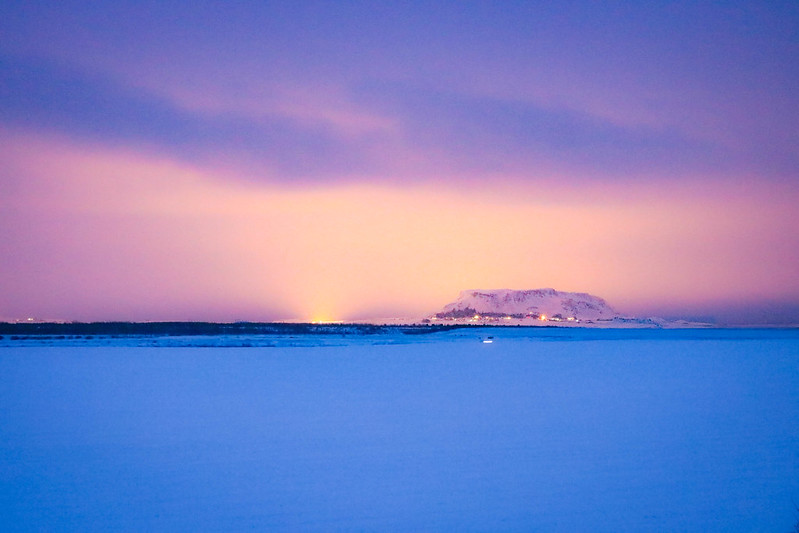 So, what do you think? Would you visit Iceland’s Golden Circle? 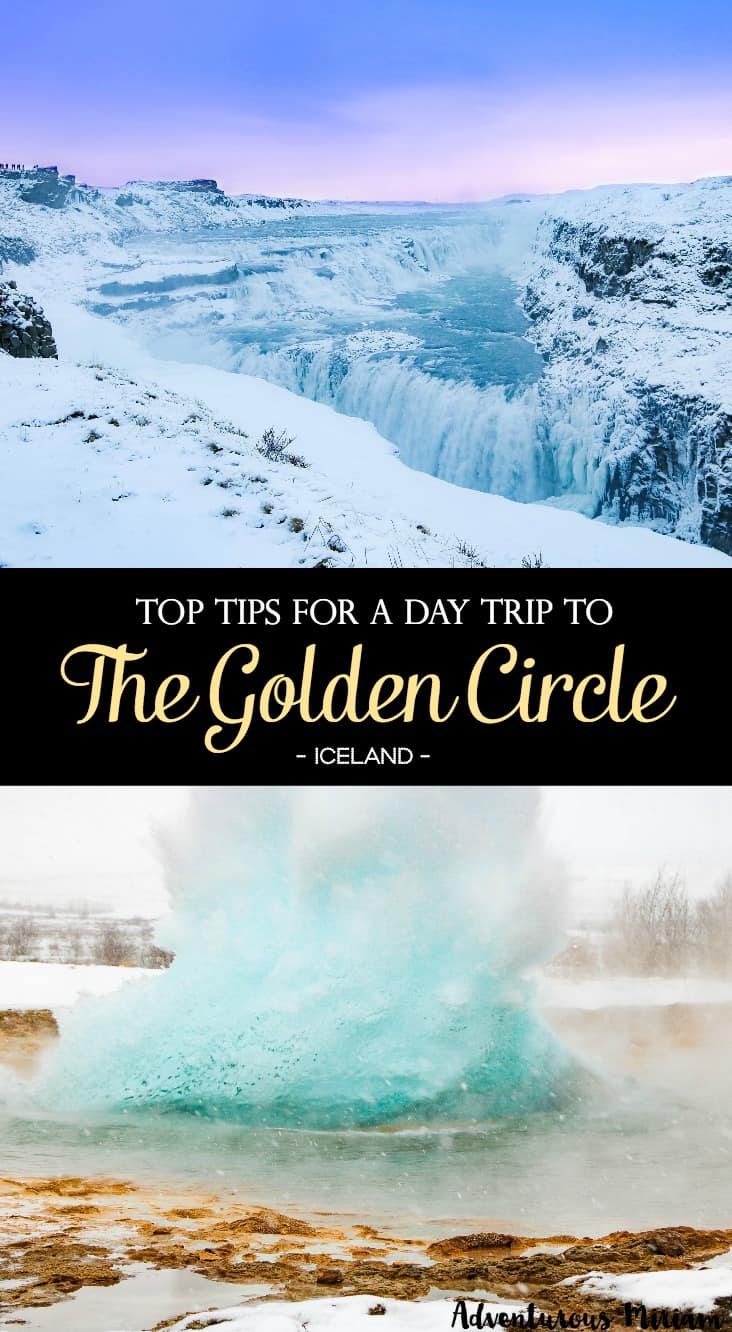