12 things to do in Brasov Romania – off-the-bitten path

I arrived in Brasov Romania early in the morning on the night train from Budapest. As the train pulled into the sleepy station, I looked through the cold, drafty windows for fangs or lurking bats to emerge.

It was my first stop in Transylvania and I was more than excited about visiting the playground of Count Dracula. 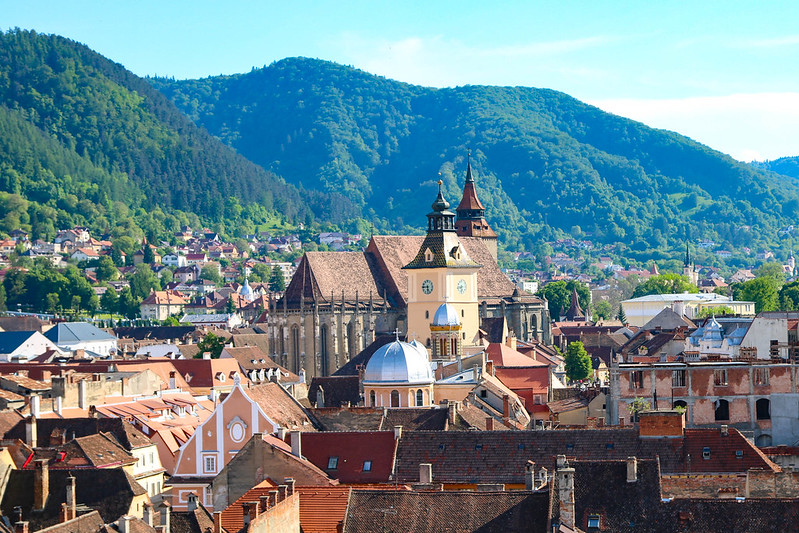 Things to do in Brasov

Brasov is one of the main cities in Transylvania, and with a population of 283,901 it’s also the 7th largest city in Romania. For me it had the perfect size: it was easy to explore on foot and still big enough to keep us busy for a few days.

We spent two days in Brasov, but if we had used it as a base for exploring the area, I could easily have spent four or five days. Brasov itself is a lively town with a vibrant atmosphere, in fact many Romanians come here for the weekends to relax. There are lots of things to do in Brasov and below I’ve listed 12 of the most popular sites in town.

Read next: Fun things to do in Transylvania 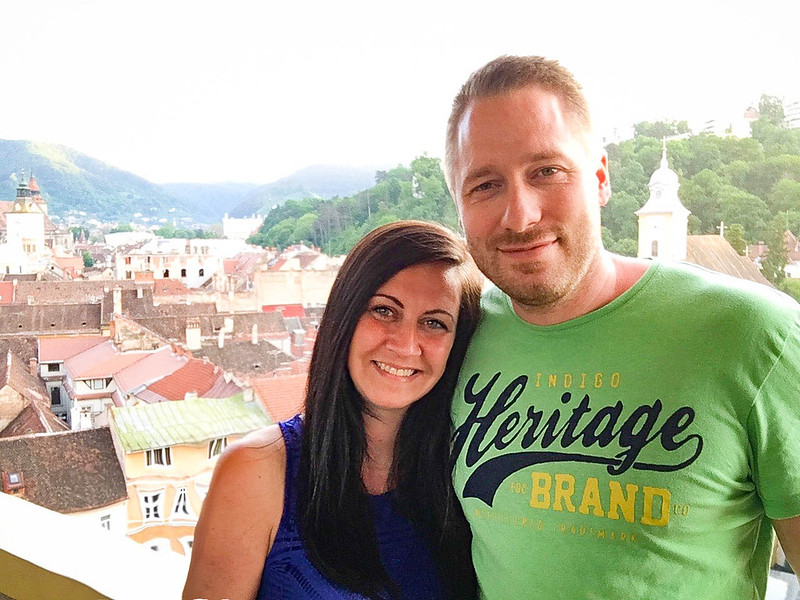 My favourite attraction in Brasov was hands down the Black Church, built somewhere between 1383 and 1477. From the outside it looks viciously cool, and it’s also the largest Gothic church in Eastern Europe.

It wasn’t always called The Black Church, well not until 1689 when it was nearly destroyed by a huge fire caused by the Austrian army. After that, its black smoky walls inspired its name. 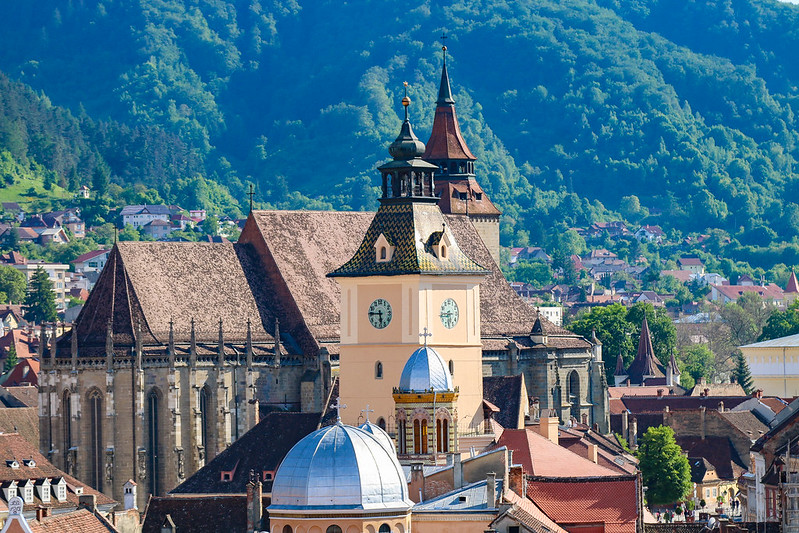 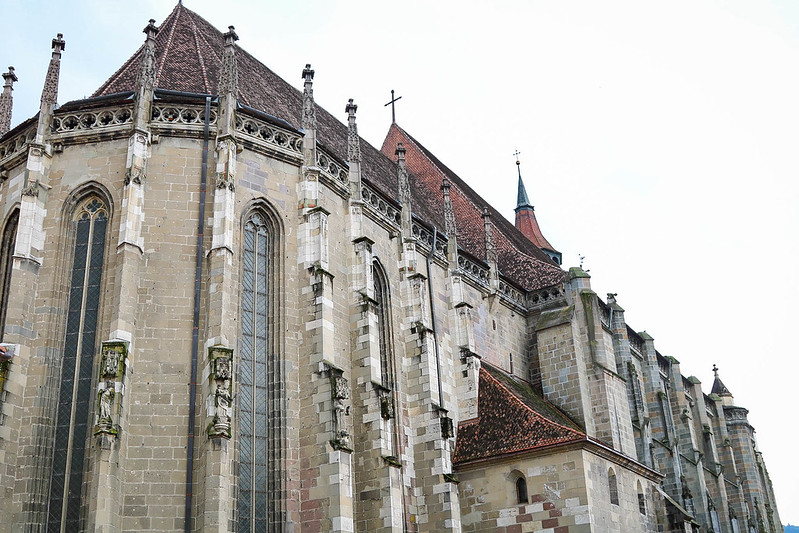 Right next to the Black Church, you’ll find the main square which is also known as the Council Square or Piata Sfatului. It’s the heart of old, medieval Brasov and it centers around restaurants, shopping and other main sights. 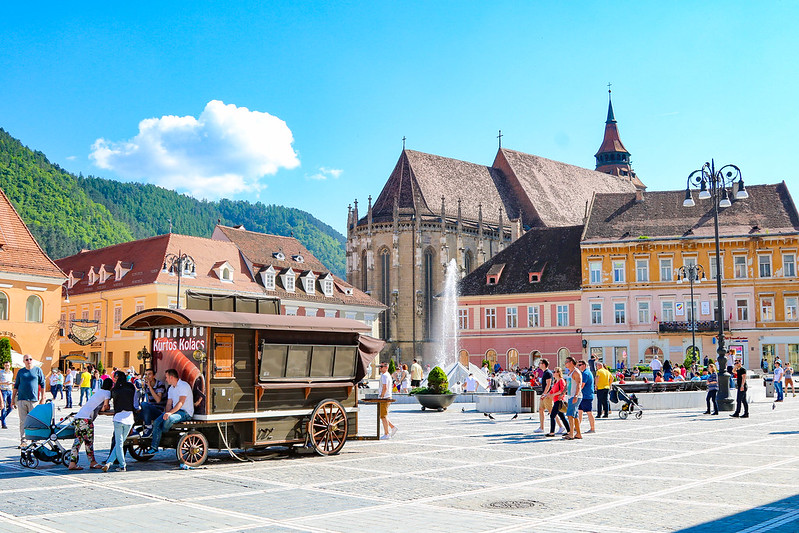 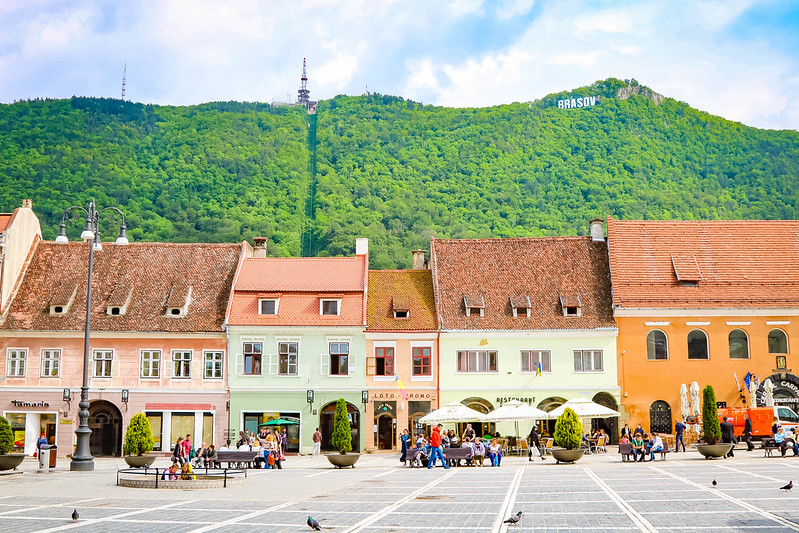 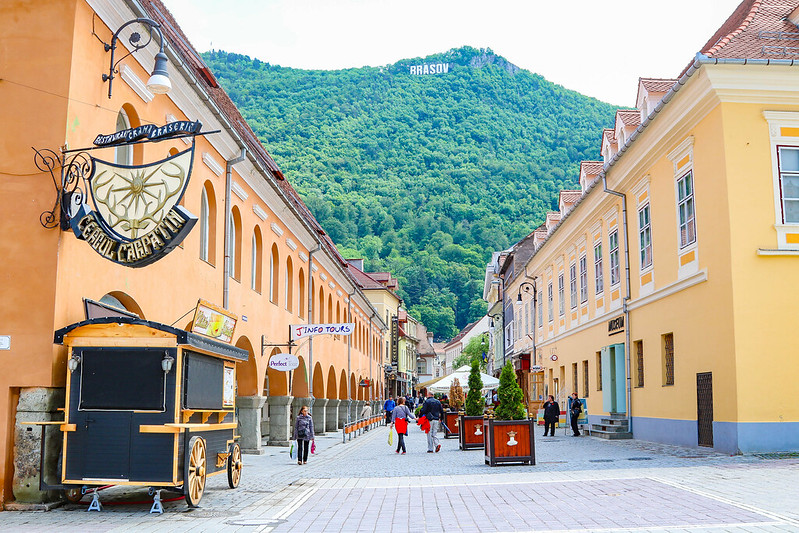 See the Hollywood Brasov sign on the mountain? I’ll get to that in a second

At Council Square sits the Council House from 1420. It used to be Brasov’s city hall, but today it houses Brasov’s Historical Museum. The tower on top of the building is called Trumpeter’s Tower and served as a watchtower for approaching barbarians back in the day. 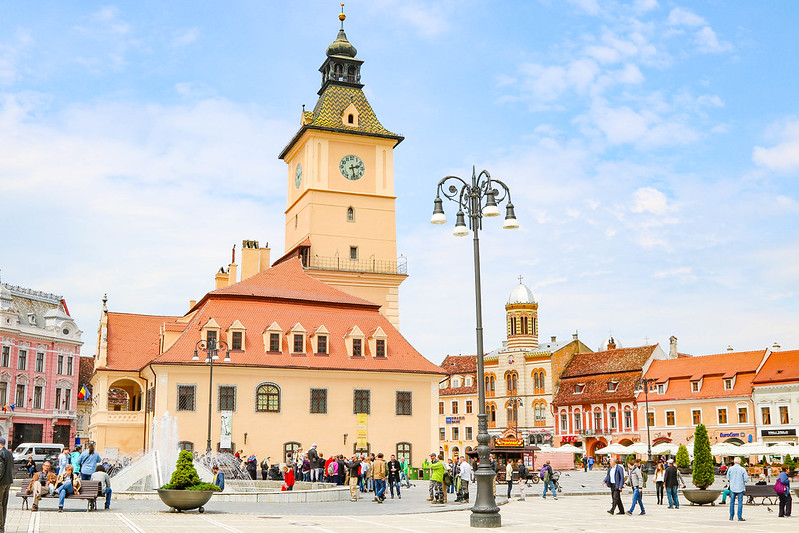 Opposite the Council House lies the Romanian Orthodox Cathedral. This Byzantine cathedral was built in 1896 and looks very impressive from the outside. It’s worth entering the church for the frescoes and decorations. 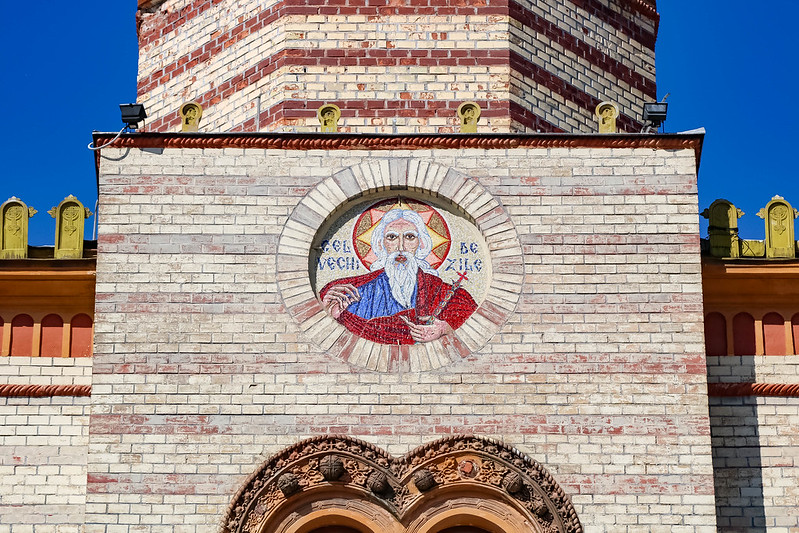 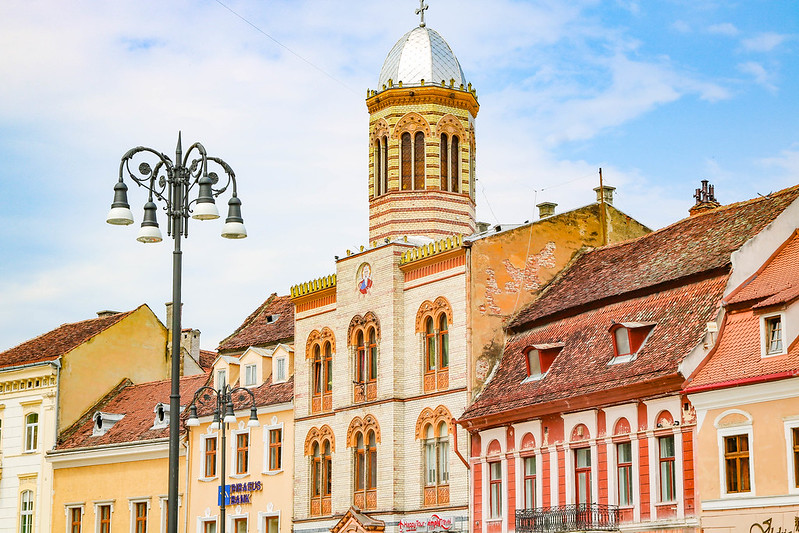 Once upon a time, Cetatuia fortress was a citadel, then a prison, and now a restaurant. The citadel was built in 1553 and though it serves a different purpose today, it’s still worth visiting to see the medieval weapons, canons and take a tour of the place.

Read next: 11 amazing things to do in Bucharest 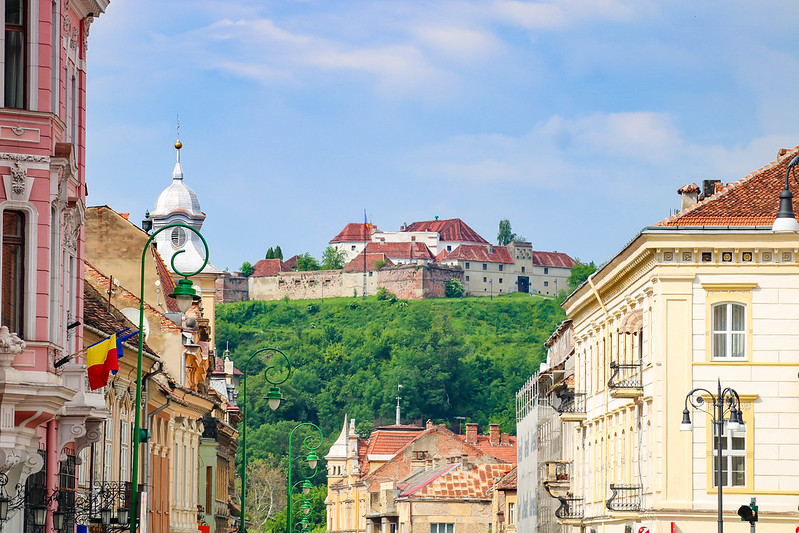 Strada Sforii is said to be the narrowest street in Europe. And it is indeed narrow. It’s 80 meters long and between 111cm and 135 cm wide so I’m not sure two people can pass through at the same time. 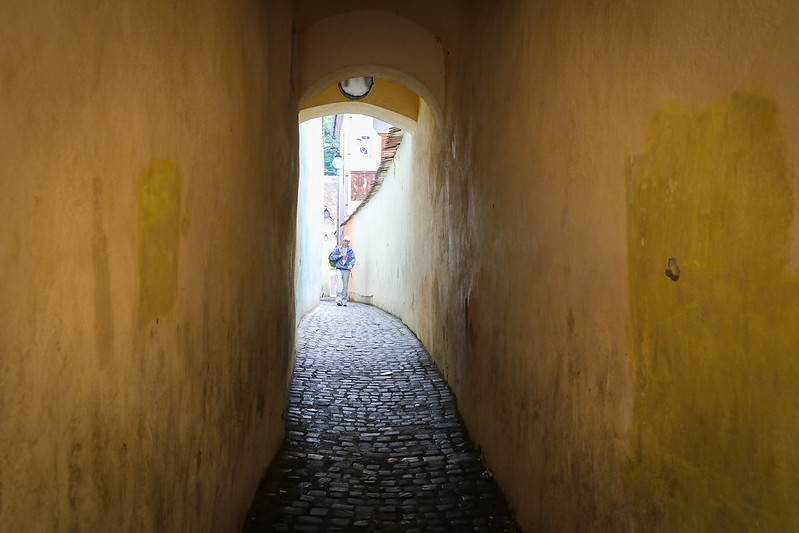 Just a few streets from Strada Sforii and across the street from Catherine’s Gate is the Neolog synagogue. It’s a bit hidden between the surrounding houses, but its colours make it stand out. 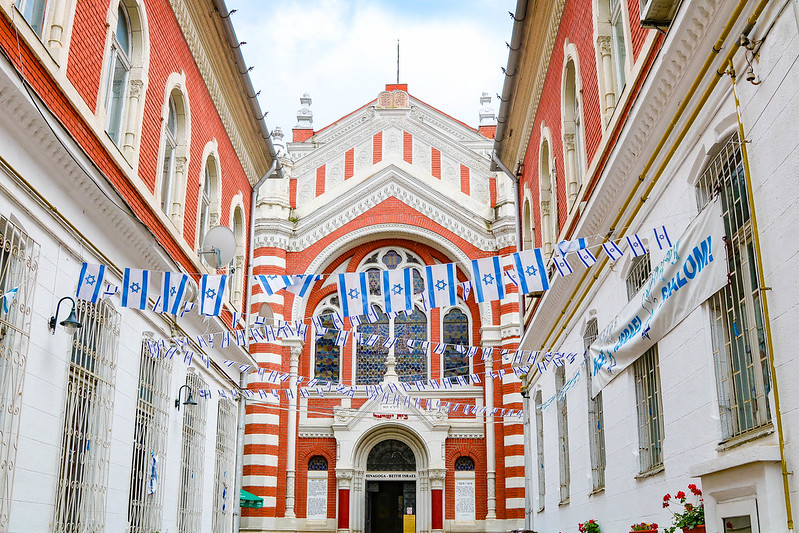 Catherine’s Gate, also known as Poarta Ecaterinei, is the only remaining city gate from medieval times. It was built in 1559 and looks like a real fairy tale castle.

See those four corner turrets? Well, you might be able to spot the spires on the photo. They symbolise that Brasov had the right to decide on capital punishment (I wonder if it involved impaling). 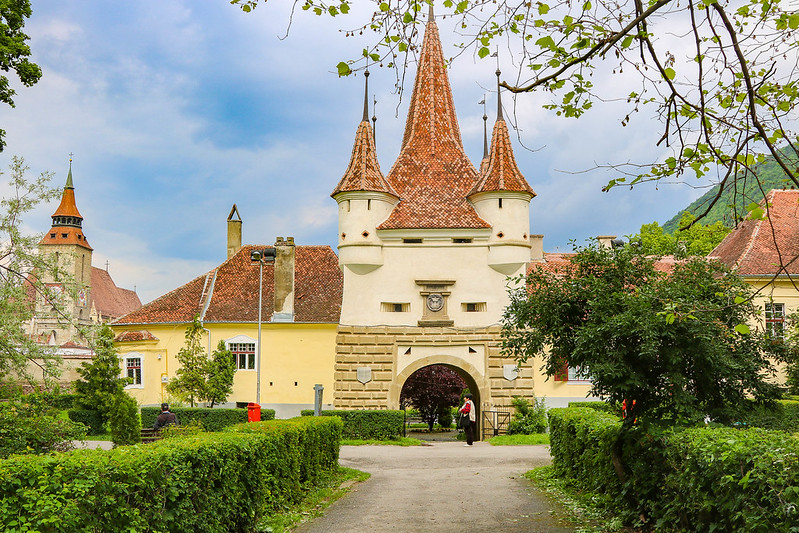 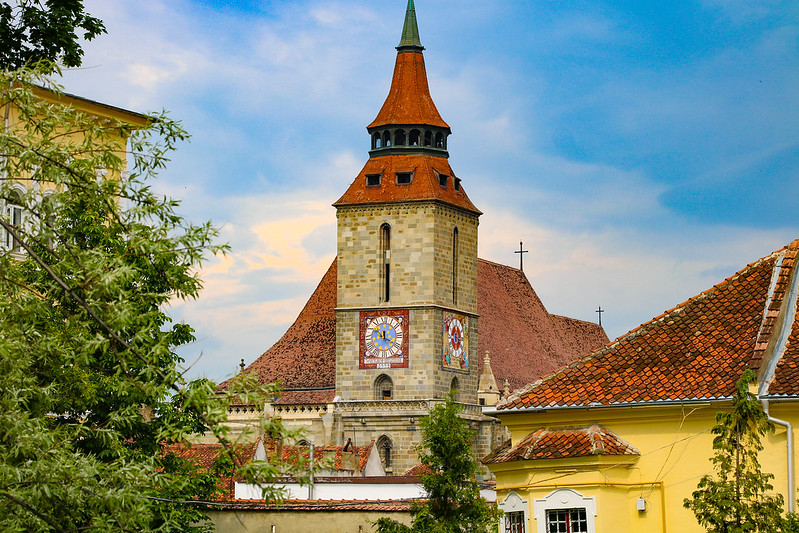 Speaking of fairy tales… Most of the main things to do in Brasov are located in the old part of town. But if you venture a bit further to the Şcheii district (1km – 10 minutes walk), you’ll find a fairy tale church which also happens to be the oldest Orthodox church in Brasov and one of the oldest churches in Transylvania.

Phew, that was a long sentence.

Aside from the fairy tale look, Saint Nicholas Church is built in a mix of Baroque, Byzantine and Gothic style. It was first built in wood in 1392 and replaced with stone in 1495. 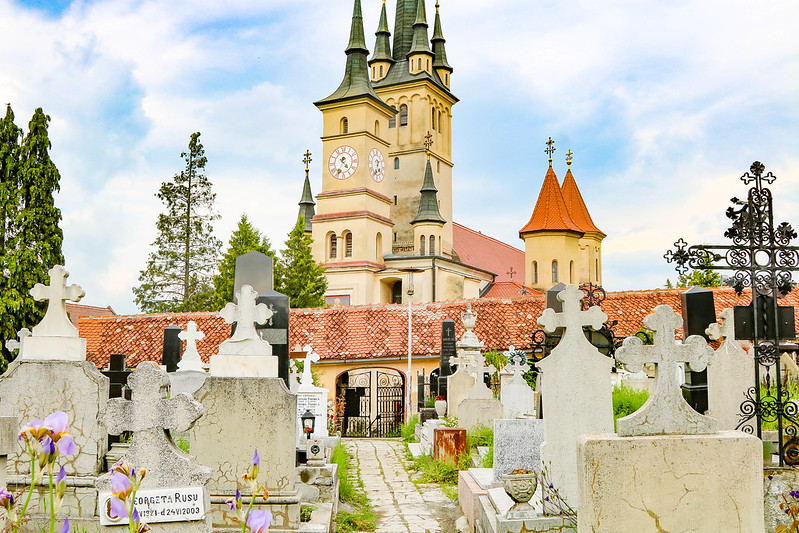 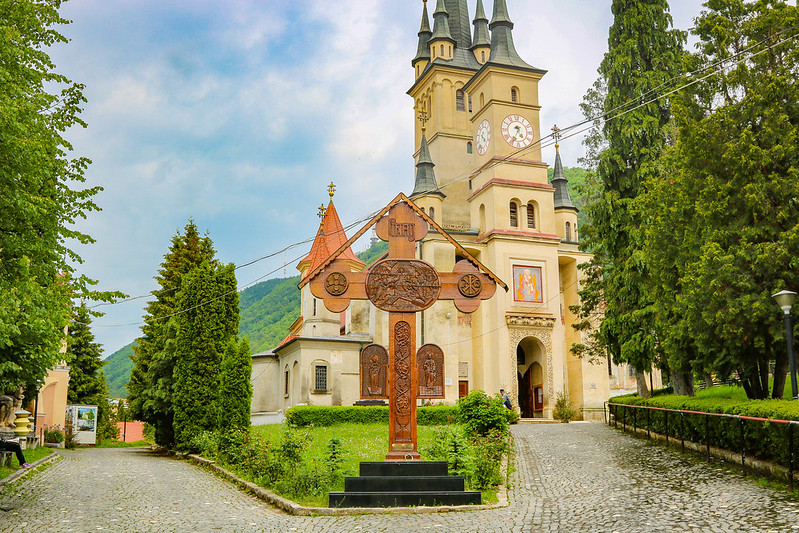 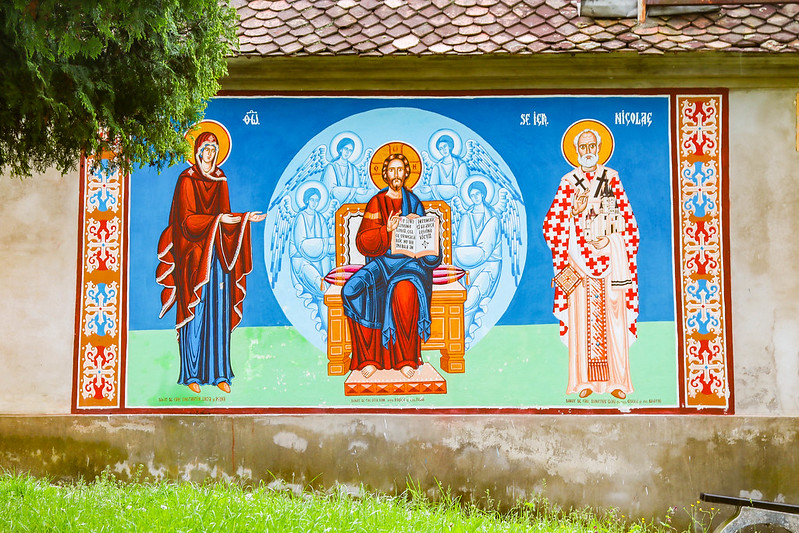 One of the first things I noticed in Brasov was the towering Brasov sign on Mount Tampa. It’s visible from all over town and makes for good photos. It’s also possible to either hike to the top, or simply take the Tampa mountain cable car.

It takes a few minutes and costs 10/16 lei for one way/return. 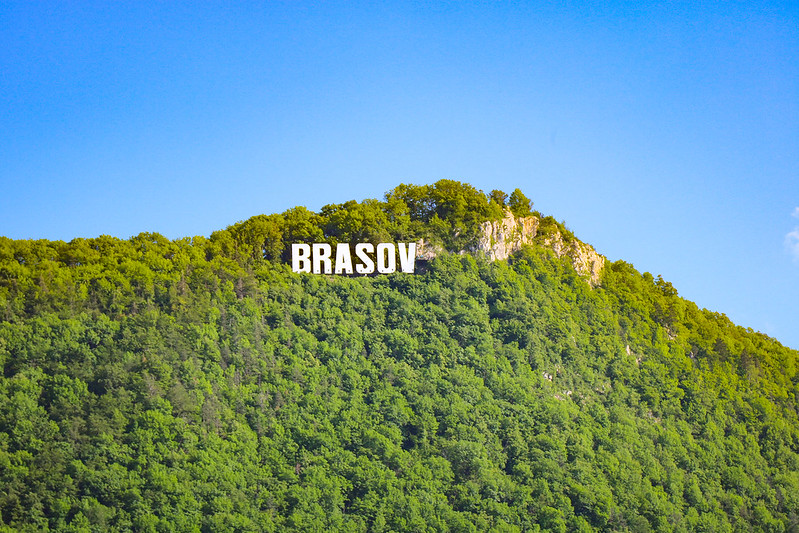 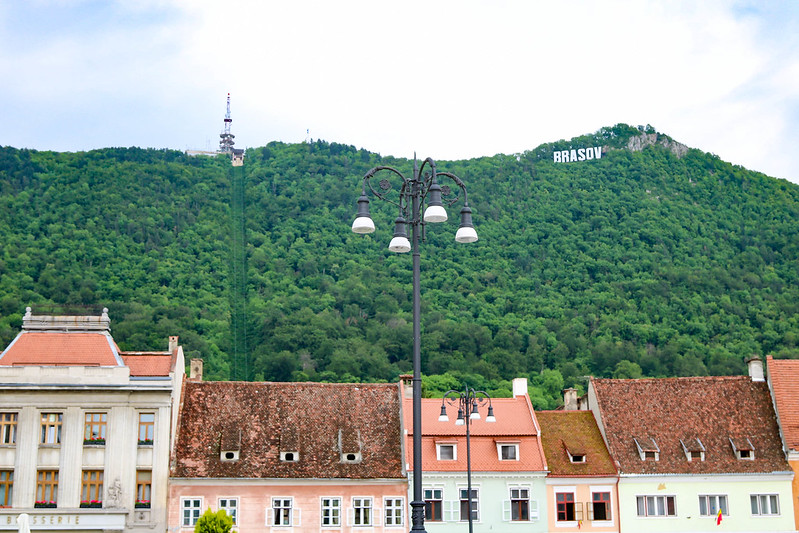 You’ve already heard me talk about chimney cakes in my food posts from Slovakia and Hungary. Well, they have this deliciousness in Romania, too!

Chimney cakes are known as kurtoskalacs here and they’re a neat Romanian street food. They are a bit longer and bigger than in Hungary, so you might want to share. 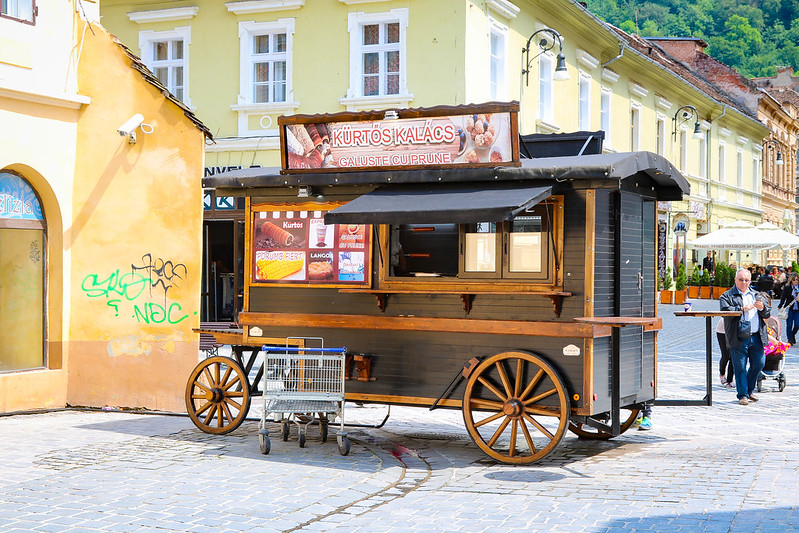 The tour lasts 2-3 hours and comes highly recommended. I didn’t get to do the tour myself, but fellow travelers told me that it was really great. 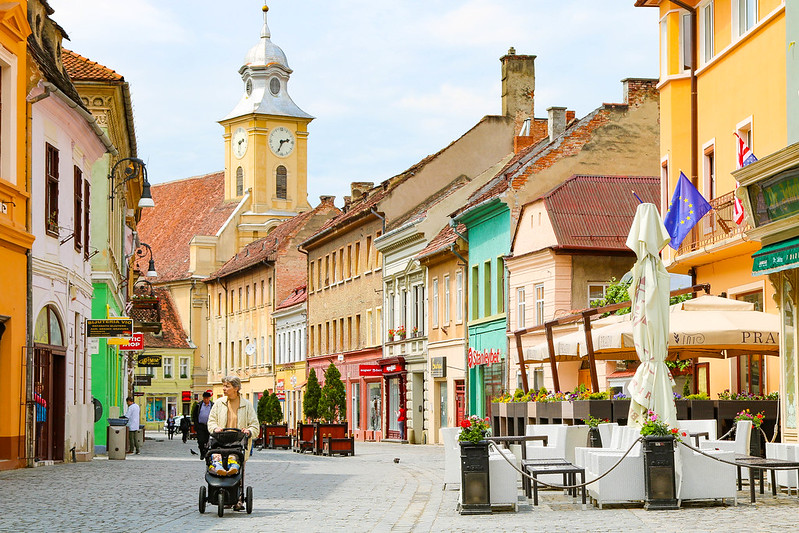 Brasov is a great base for exploring the surrounding area, and these sites and towns are all located in Transylvania. 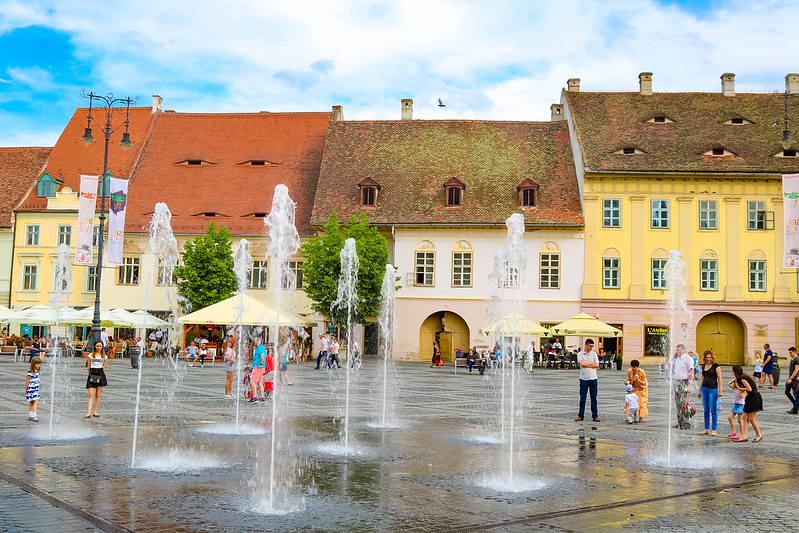 So, what do you think about Brasov? Would you visit? 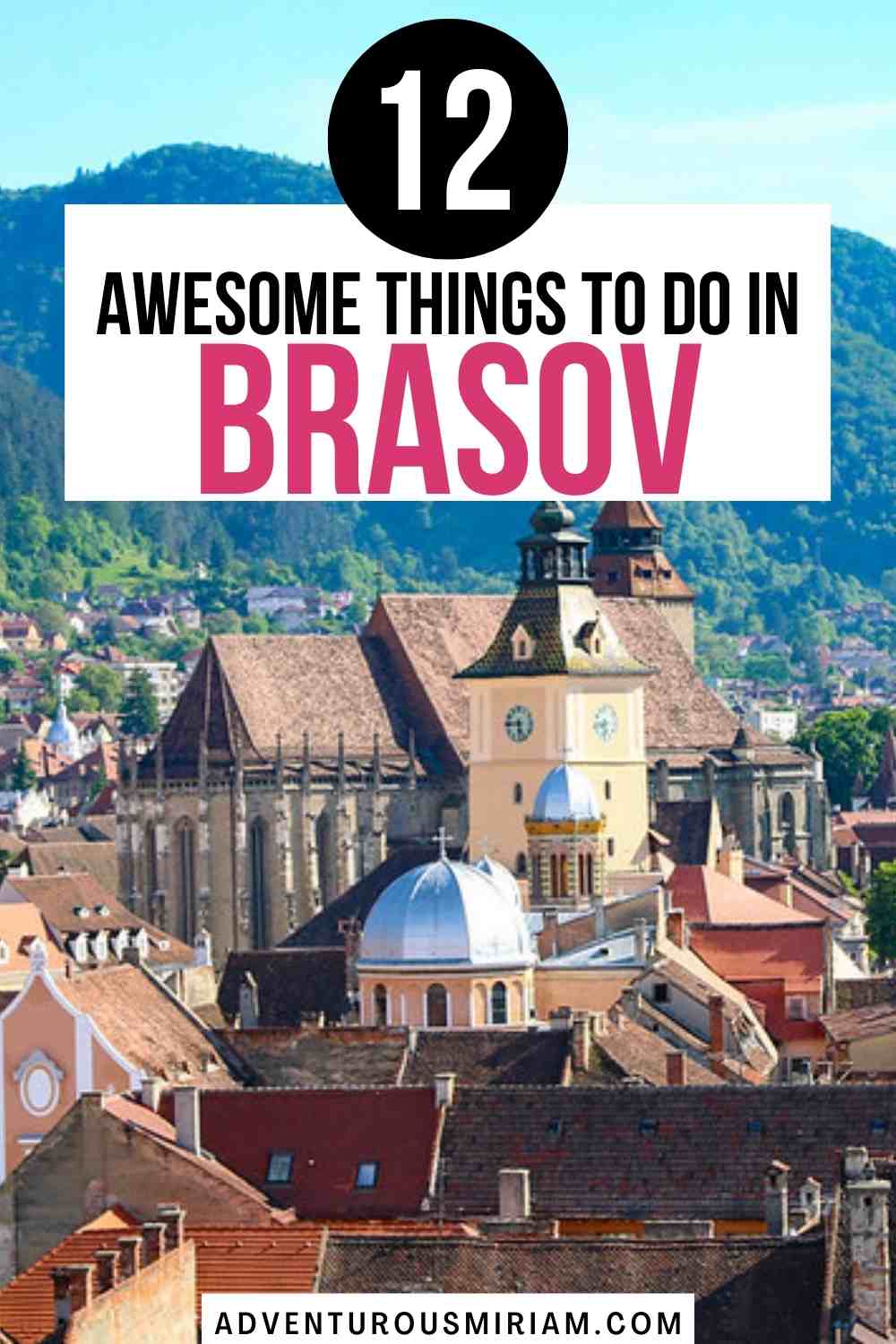 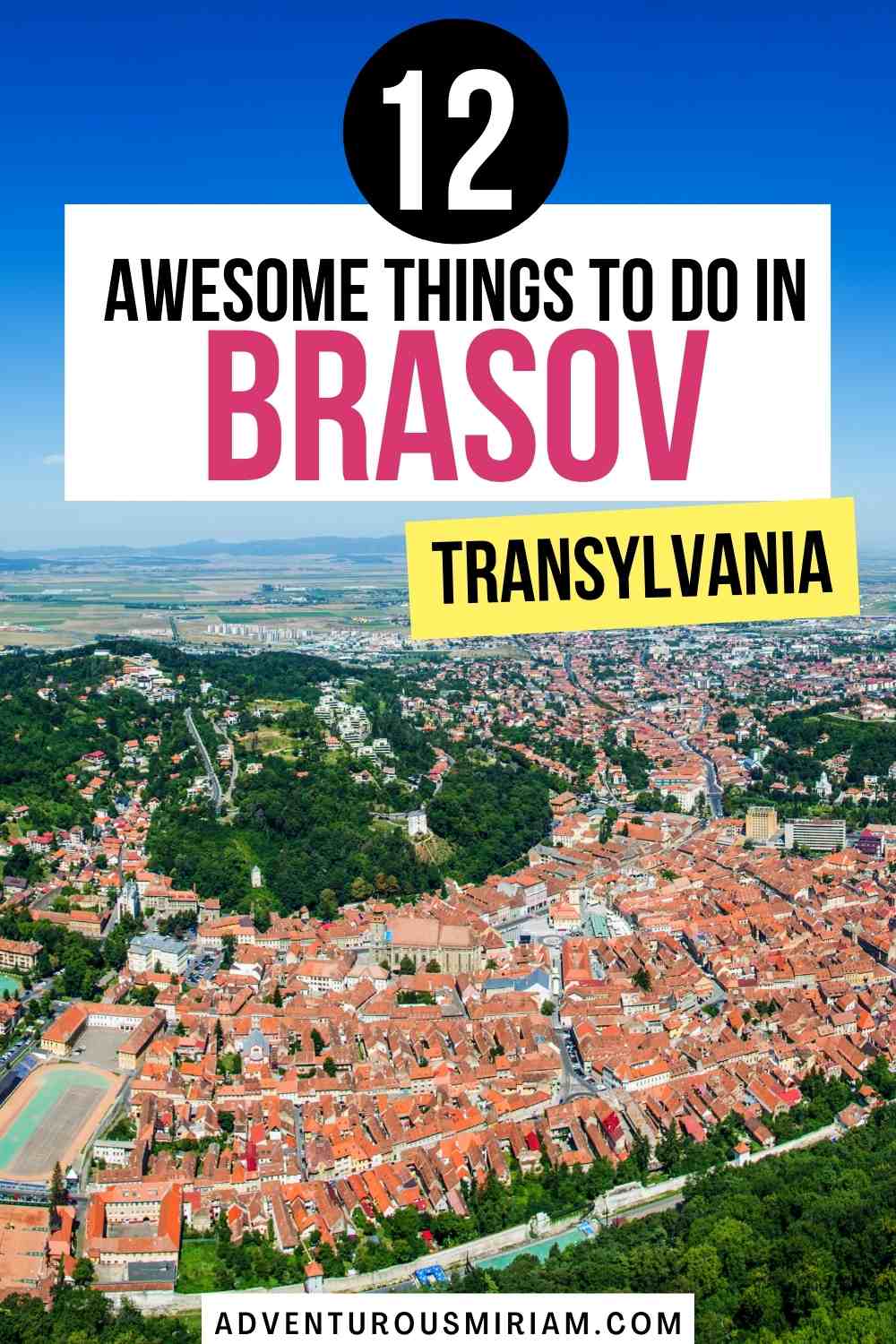