The most delicious food in Slovakia 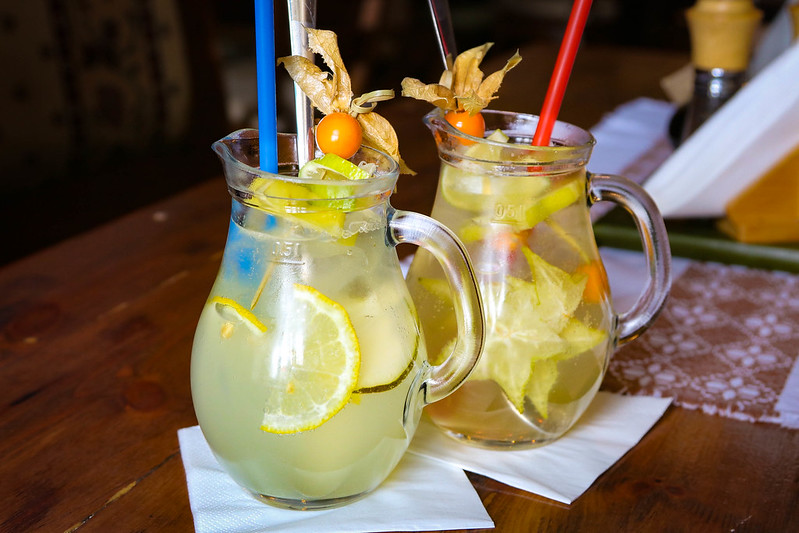 So, what exactly is Slovakian food? I asked myself that question before arriving in Košice and found out that it packs a punch of cabbage, dumplings and stews. It kind of reminded me of dinner at my grandma’s, which was high-fat, but very down-to-earth.

In this post I’ll share some of the dishes I had in Slovakia (North and East regions). I didn’t specifically look for national dishes when I traveled around, but I simply ordered what I felt like. So this is just an introduction to give you a better idea of what people eat in Slovakia.

The food in Slovakia is wholesome and rather heavy. Potatoes, meat, sheep cheese and dumplings make the basis of many dishes and are often accompanied by cabbage (sauerkraut), which is sour and salty depending on how it’s been cooked.

The most popular meats in Slovakian cuisine are pork, beef and chicken. A blood sausage “krvavničky” and spicy smoked sausage “klobása” are also common along with game meats like boar, rabbit and venison.

The food in Slovakia is extremely cheap. More of less everything is cheaper compared to the rest of Europe, but the food in particular. Depending on the restaurant, a meal costs between 1-6 EUR, and a bowl of soup can cost as little as 1 EUR. 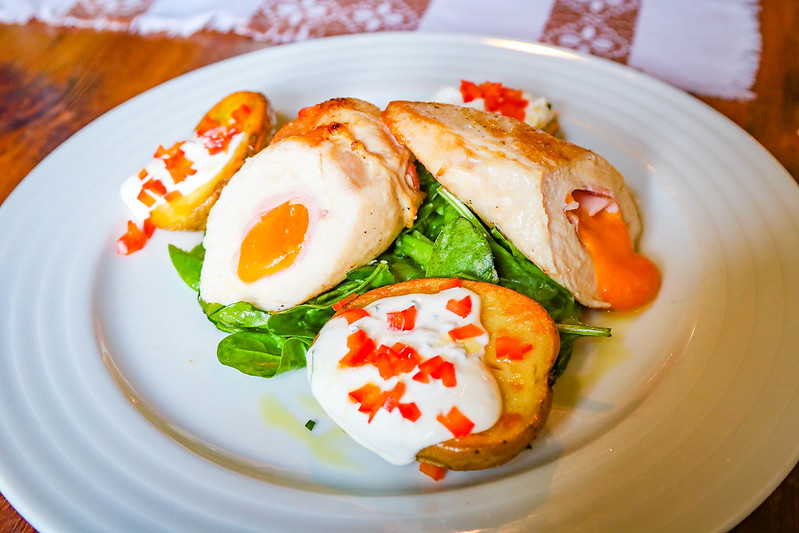 Normally, I shy away from traditional food in Eastern Europe and Scandinavia because it’s generally heavy and high-fat. But I liked the traditional food in Slovakia. They eat a lot of dumplings and sweet deserts, and though it is a bit fat it has an interesting flavor.

Here are some of the most traditional Slovak dishes: 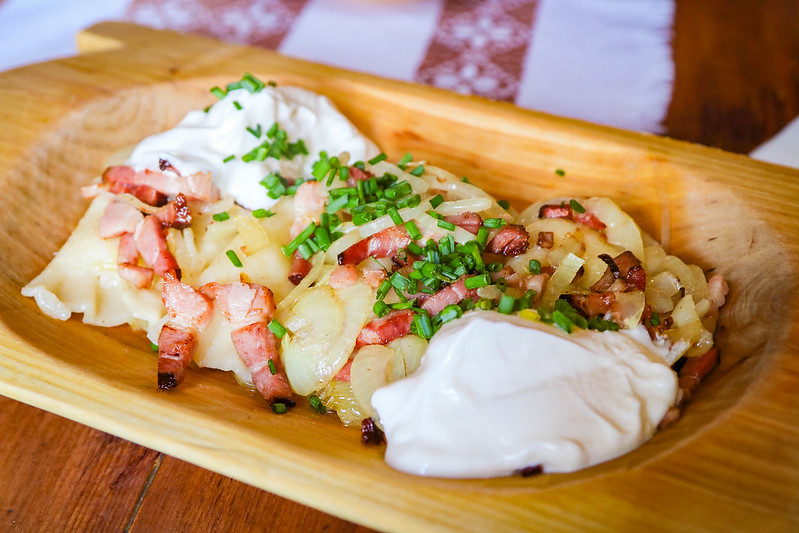 My favorite dish in Slovakia was the sheep cheese dumplings (bryndzové pirohy), which is one of the Slovak national dishes. This heavy meal consists of potato dumplings (similar to gnocchi), filled with sheep cheese and topped with sour cream, spring onion, fried onion and crispy bacon pieces. 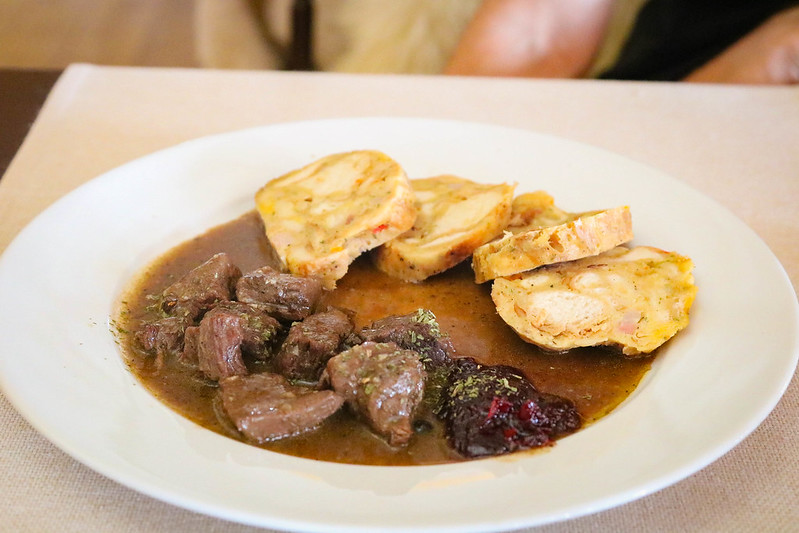 Goulash with dumplings – “Knedle” – the most popular Slovak yeast dumplings

The contemporary Slovak cuisine takes its inspiration from its neighbours and now most recipes are the same or very similar for Slovaks, Czechs, Hungarians, Austrians and Poles. The modern food is not all new dishes, actually many of the dishes are traditional meals that have been adjusted so the taste remains, but the look changes. 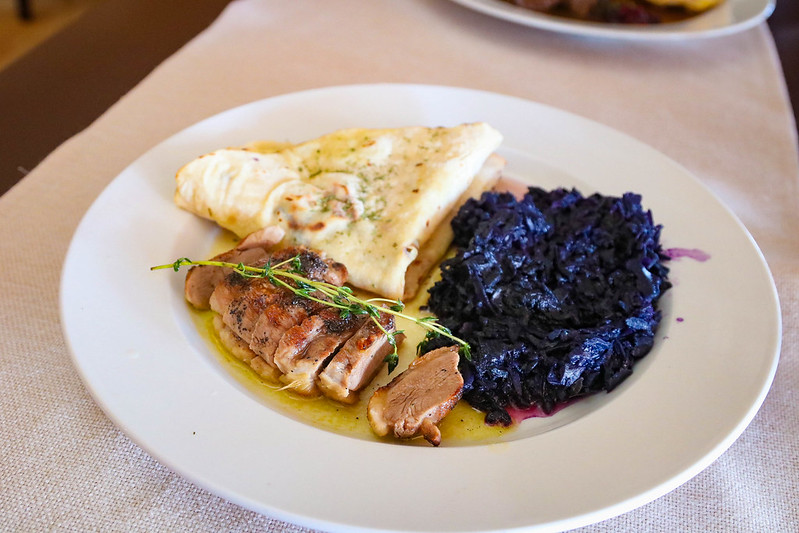 A great thing about the food in Slovakia is that there’s International food, too. There are American chains like McDonald’s and Pizza Hut, but I also found European and Asian meals on the menu cards, like Panini, fruit salads and traditional egg & bacon breakfast. 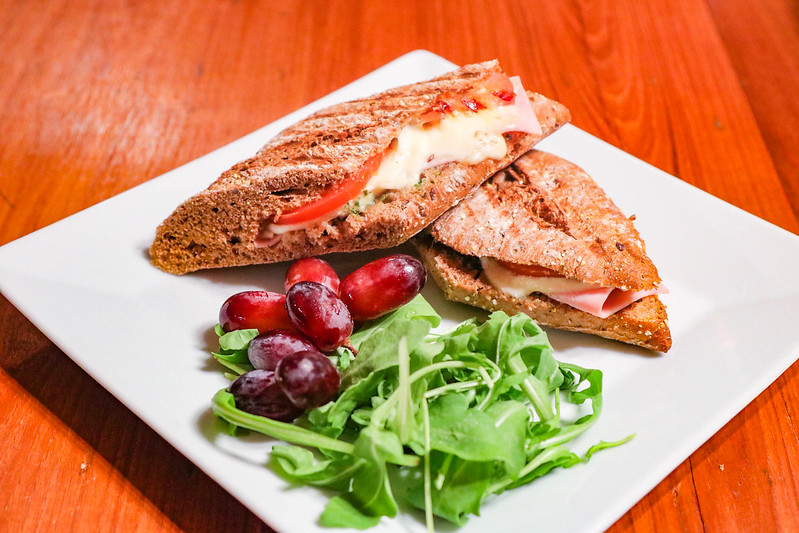 In Slovakia, I was probably most impressed by the drinks. I’d already tried Urqell beer on a trip to the Czech Republic many moons ago, and it’s still good today not to mention cheap (1 EUR). Slovakia has different beer brands depending on what region you’re in, but I quite liked the Mustaz, which is local for Košice. 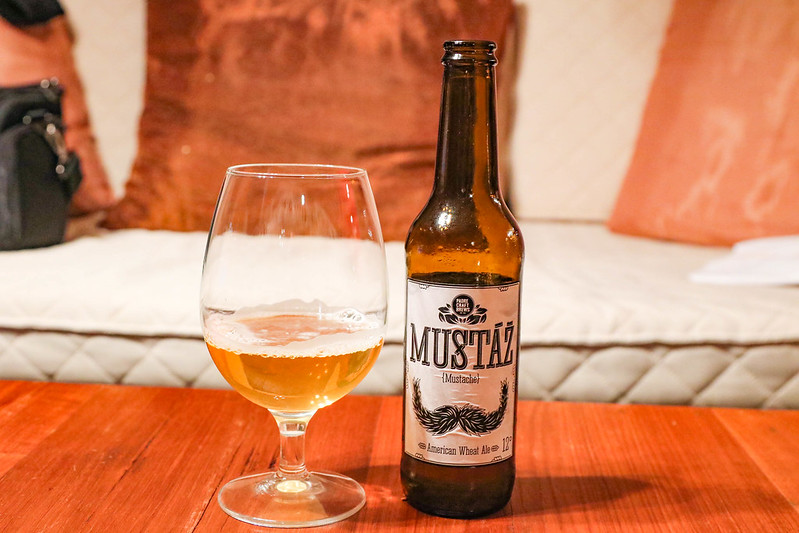 Another drink that caught my eye (and taste) was the lemonade. It’s not something I would order from the menu card – I’d normally go for a smoothie or fresh juice – but I was recommended to try one and they’re really, really good. The chilled, refreshing fruit drinks come in many different flavors like coconut, elderflower (LOVED it), grape, orange or raspberry. If you’re in Slovakia, you have to try one! 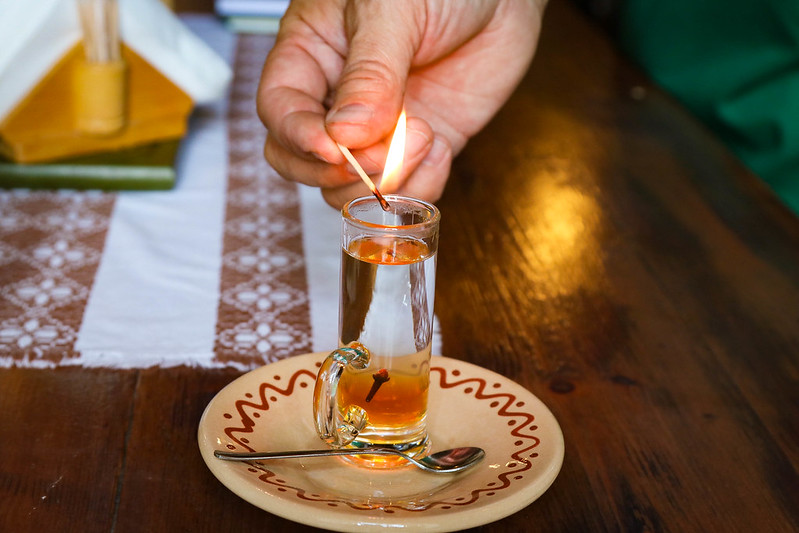 The most popular drink in Slovakia though is Kofola, a soft drink that kind of tastes like Coca Cola with lemon and a bit of coffee. I know it doesn’t sound super delicious, but I still gave it a go and it wasn’t bad. I just think you need to get used to the taste. 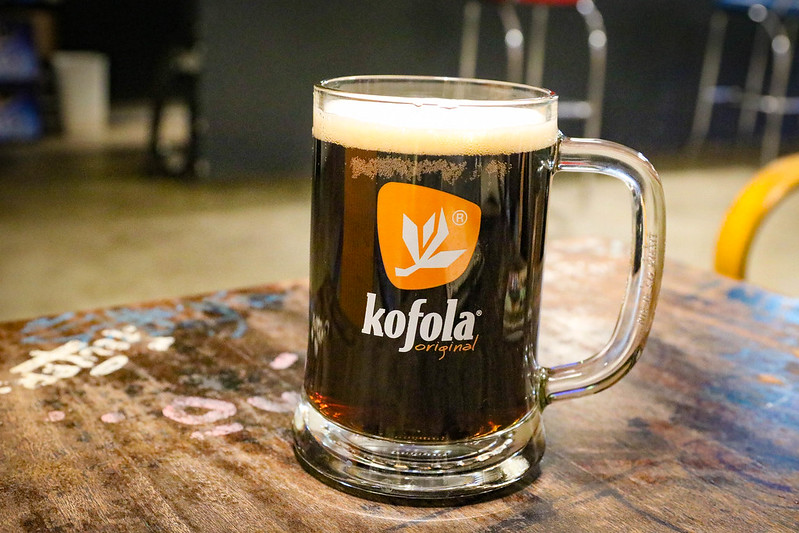 I’ve already mentioned the Opre Cider, which I liked a lot. But another popular Slovak drink is Tokaj wine – you might remember I mentioned it in my food post from Budapest. Tokaj is a famous Hungarian and Slovakian white wine, and the wine region is only 1 hour’s drive from Košice. I particularly loved the Tokaj Muscat, which is sweet and fruity. 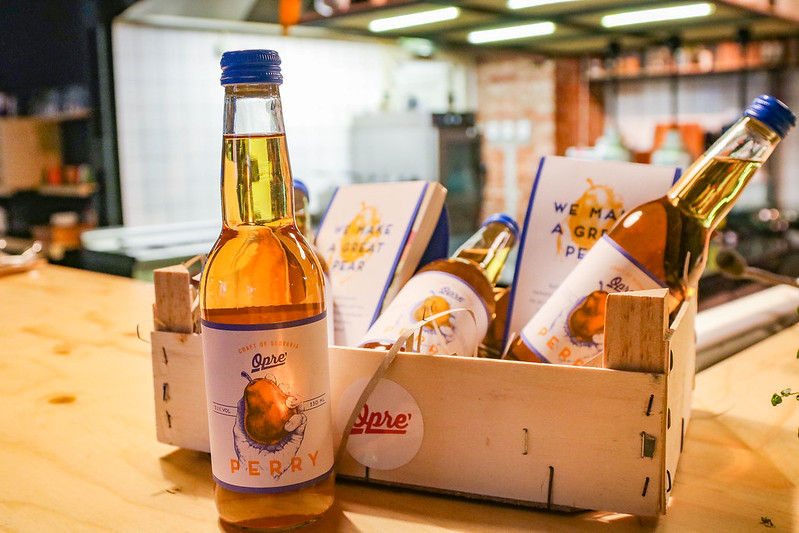 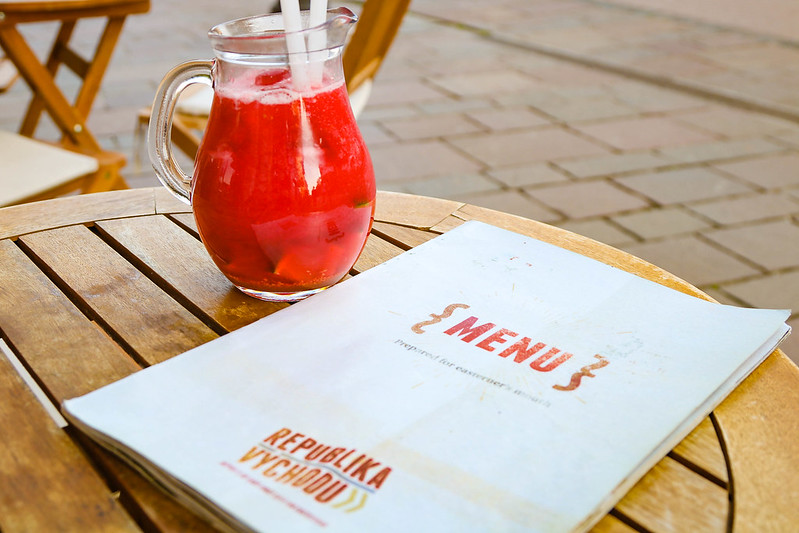 I love fruit & berries and I had the most delicious selection in Slovakia! Like in any other country, production is seasonal, and during late spring and summer the fruit is simply outstanding. I had amazing fruit bowls for breakfast or snacks, and really good smoothies. A+ to Slovakia! 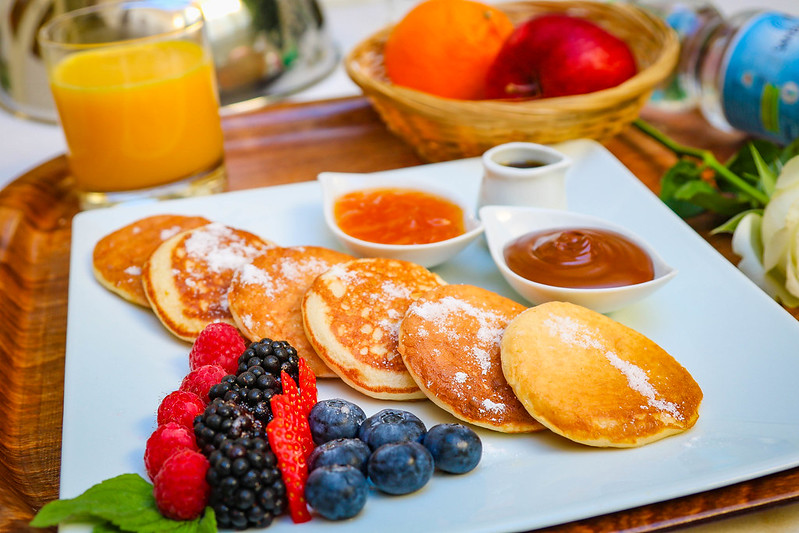 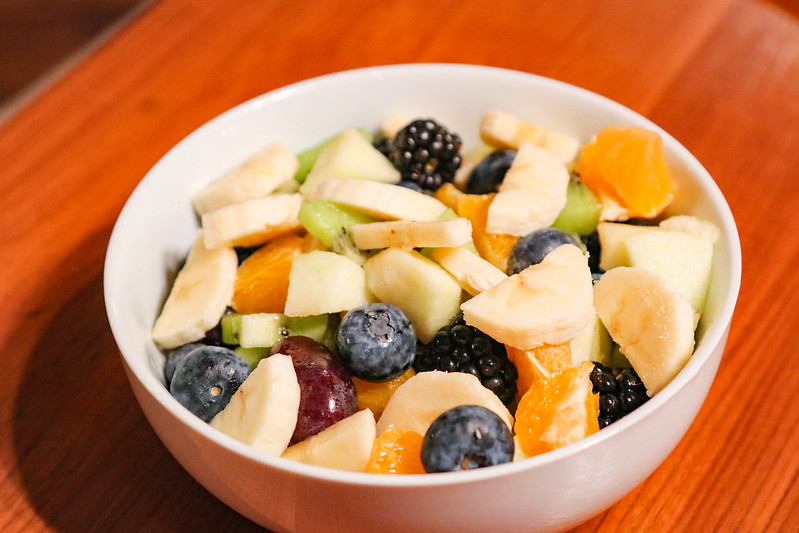 My sweet tooth wasn’t totally neglected as I had my fair share of Slovak cakes and ice cream, too. Here are some of the most popular Slovakian deserts: 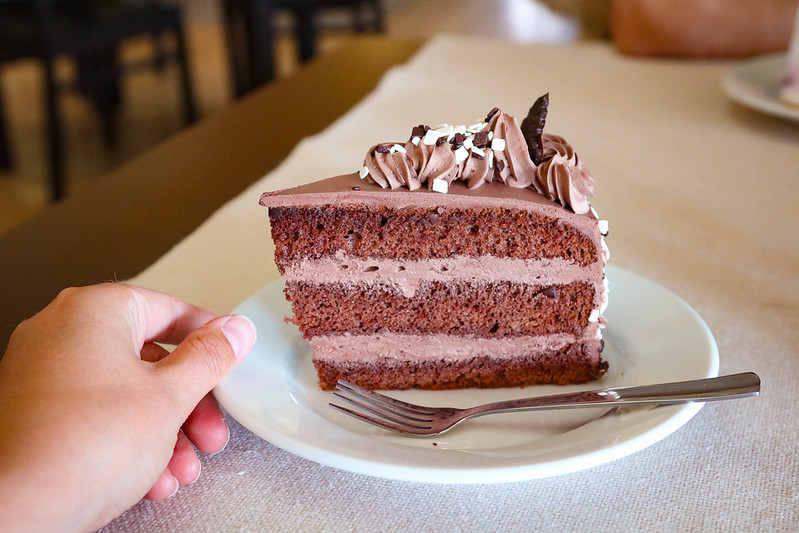 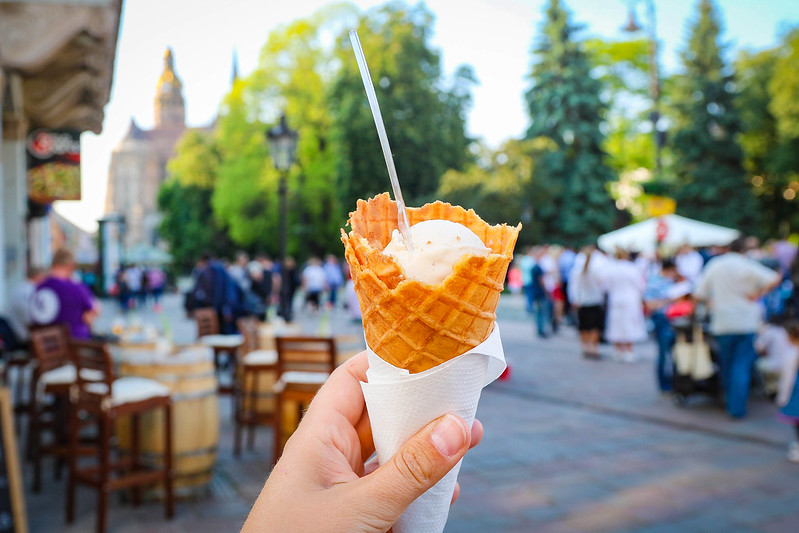 Remember a couple of weeks ago when I wrote about Hungarian food? In Hungary they have these great street food dishes called langos and chimney cakes (click the link above if you want to see pictures). And they have them in Slovakia too, only the chimney cake is called Trdelník in Slovakian. 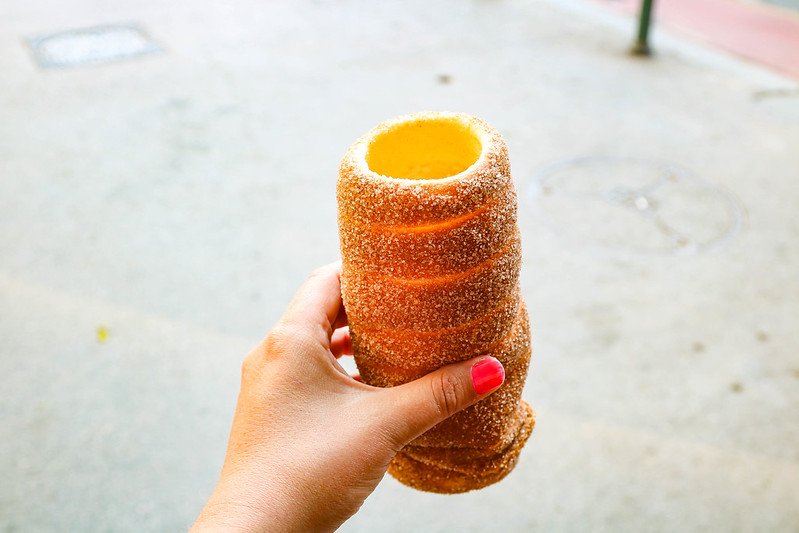 The food in Slovakia intrigued me and I wouldn’t mind going back for more. There are also several food festivals or events during the year in Bratislava (capital) and Košice (second largest city) that are worth checking out: 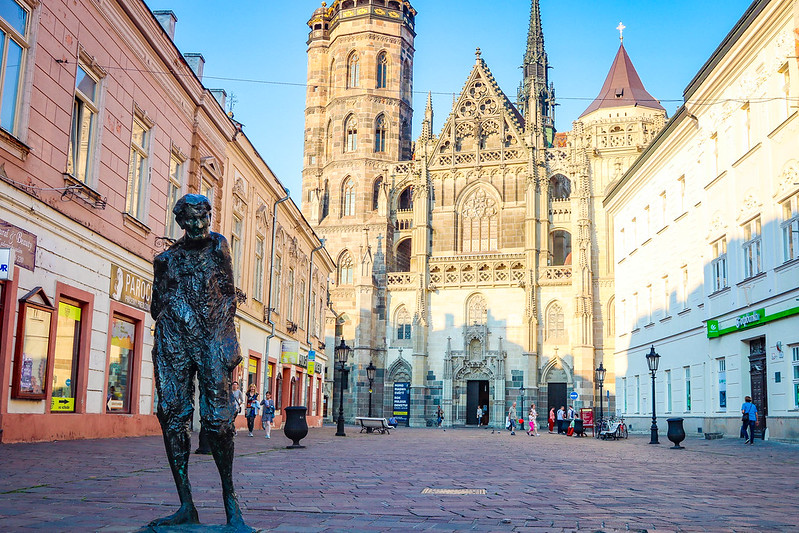 So, what’s your impression of Slovakian food? Would you try it? 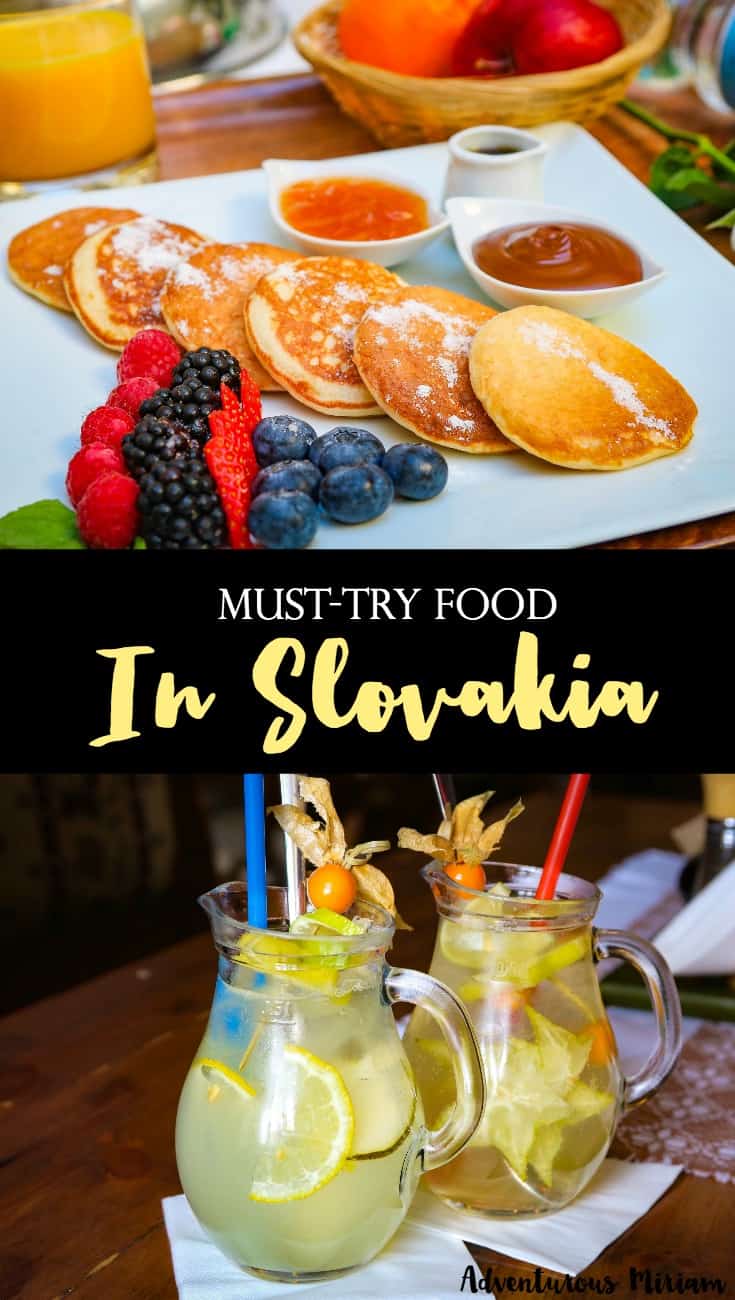