How to spend an amazing 3 days in Bologna 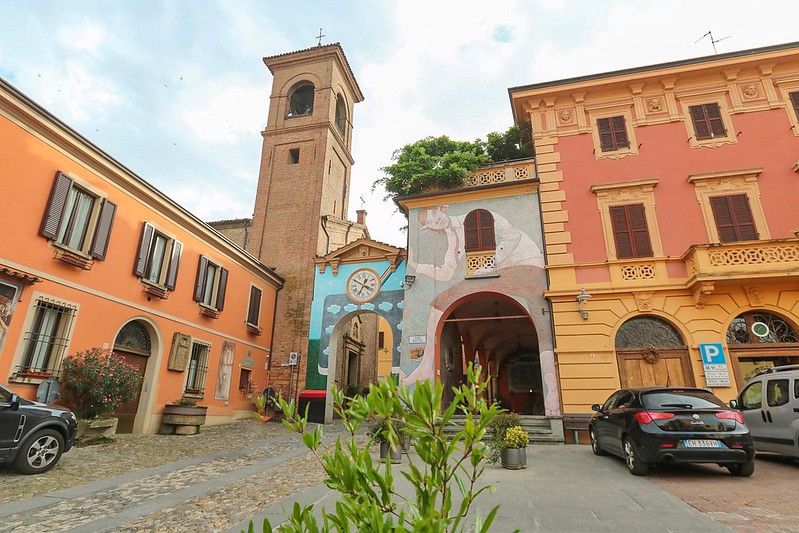 Bologna is a fascinating city that can keep you busy for a week, but you can manage to experience a lot in three days, too. I recently spent 3 days in Bologna and the surrounding area, and I loved the magnitude of delicious pasta and the well-preserved medieval centre.

In this Bologna travel guide, you’ll find everything you need to know about visiting the beautiful Italian town of Bologna.

My trip to Bologna was sponsored by Tourist Initiatives and Assoturismo Confesercenti Bologna.

What is unique about Bologna?

Bologna is the capital of Emilia-Romagna in Northern Italy. Known as La Grassa (the fat, for its food), La Dotta (the learned, for its university) and La Rossa (the red, for its architecture), Bologna is unique for its miles of remarkable porticoes around town and for its cuisine – there are so many must-eats in Bologna, such as tortelloni, mortadella sausage, balsamico vinegar and tagliatelle al ragú (“spaghetti Bolognese”).

How to spend 3 days in Bologna

How many days in Bologna? With 3 days in Bologna, you have time to explore the city, see the surroundings and take a cooking class. That way you get to experience the best of what Bologna has to offer.

If you only have one day in Bologna, read this post where I share the main highlights: How to experience Bologna in one day 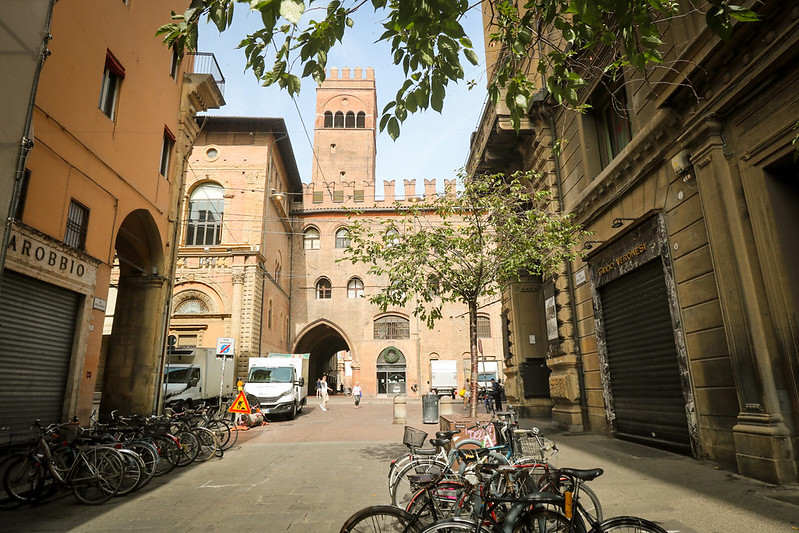 Get the Bologna Welcome Card

You have two options:

Some of the best things to see in Bologna Italy is right here. 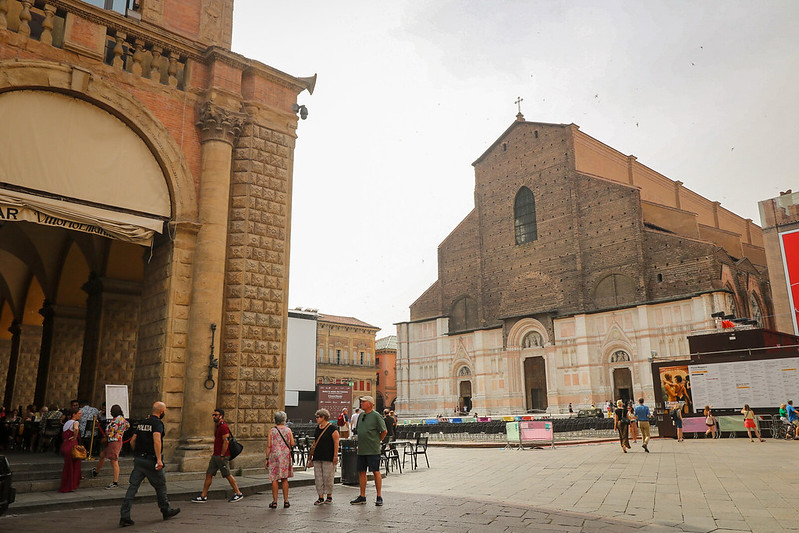 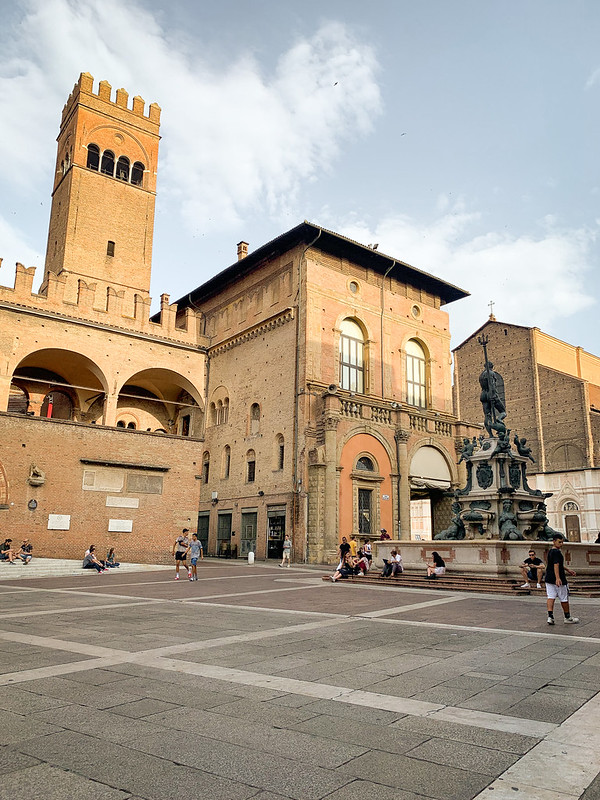 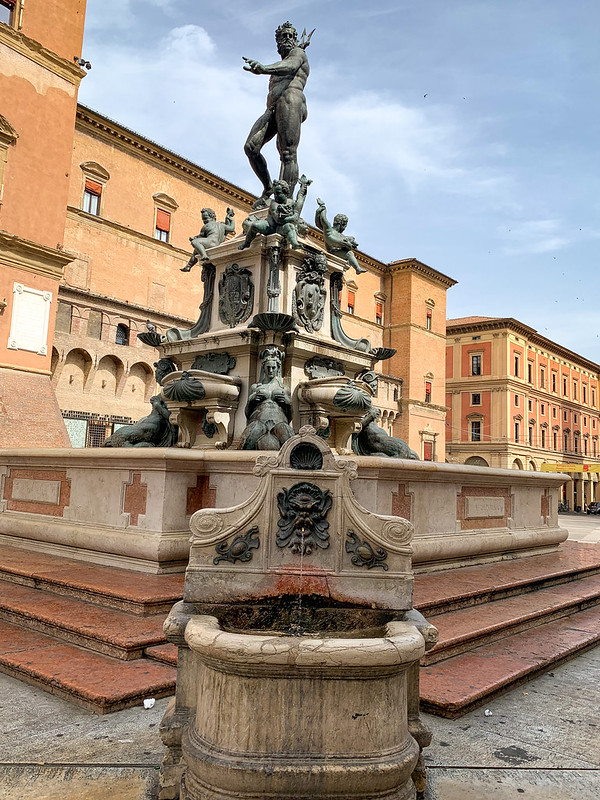 Via D’Azeglio and the House of Lucio Dalla

Via D’Azeglio is a lively street, just near the Piazza Maggiore.

Along with cafes and boutiques, it’s also where Italian songwriter and singer, Lucio Dalla, lived, and you can visit his home, which is now a museum. You will discover that not only was he a wonderful musician, but he also loved photography, art, theatre and of course his beloved hometown – Bologna.

A little further down via D’Azeglio, there’s a passage to a courtyard – the Piazza Galvani. Here you’ll see the massive 32 metre high medieval tower – Torre Galluzzi, which was built in 1257 by the Galluzzi family. The Galluzzis were in constant battle with the Carbonesi family, and their hostility led to the tragic deaths of the young couple: Virginia and Alberto, very similar to that of Romeo and Juliet. 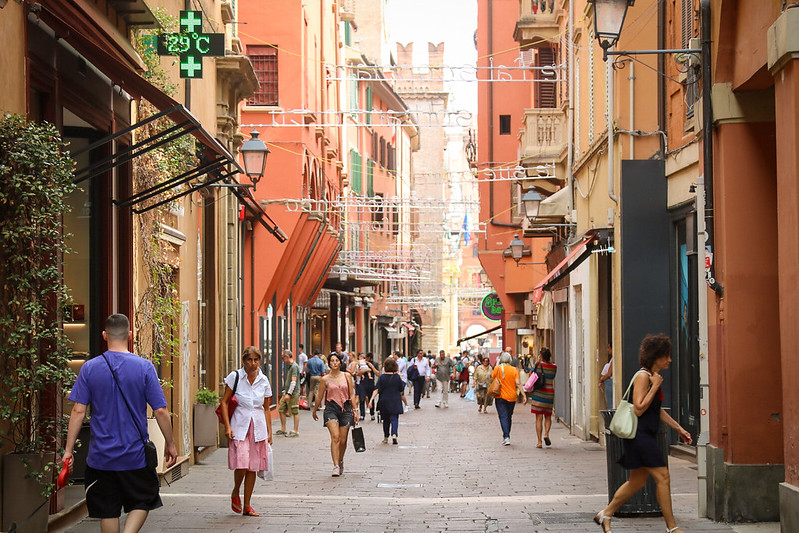 In the 16th century, the University of Bologna was home to the Anatomical Theatre: an anatomy classroom where students would watch and take notes while a dead body would be dissected on the cold marble slab in the middle of the room. The room is carved out in cedar wood and features an abundance of beautiful details. 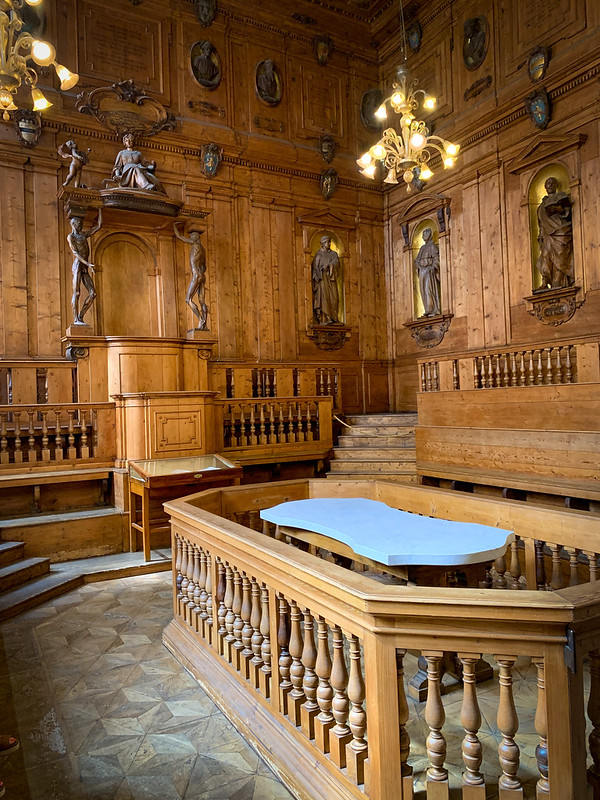 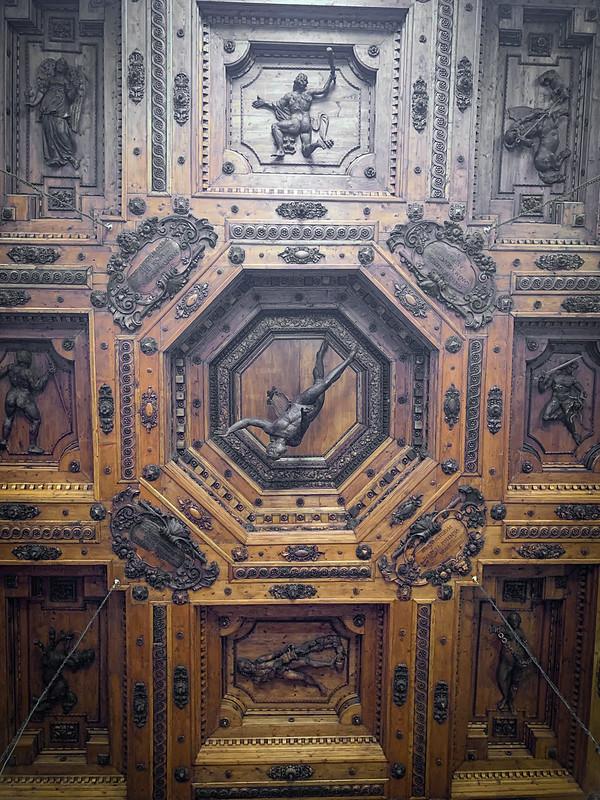 Santo Stefano and the Seven Churches

One of the top things to do in Bologna Italy is visiting Santo Stefano. Also known as The Seven Churches, it was built in the 5th century and divided into 7 churches, each symbolising the passion of Christ, but only four churches remain today. 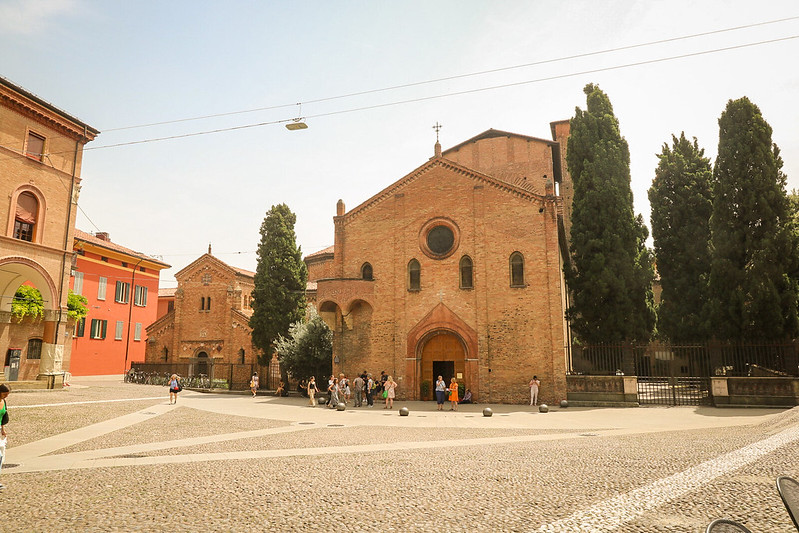 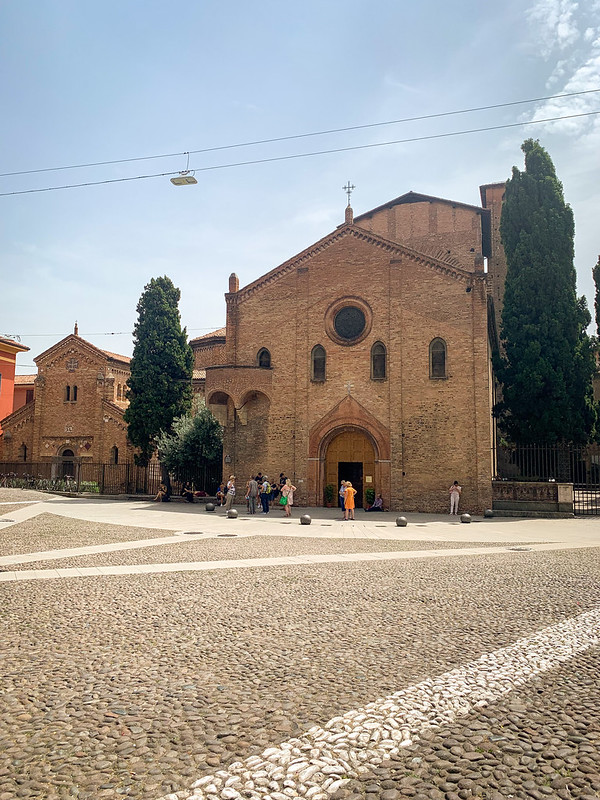 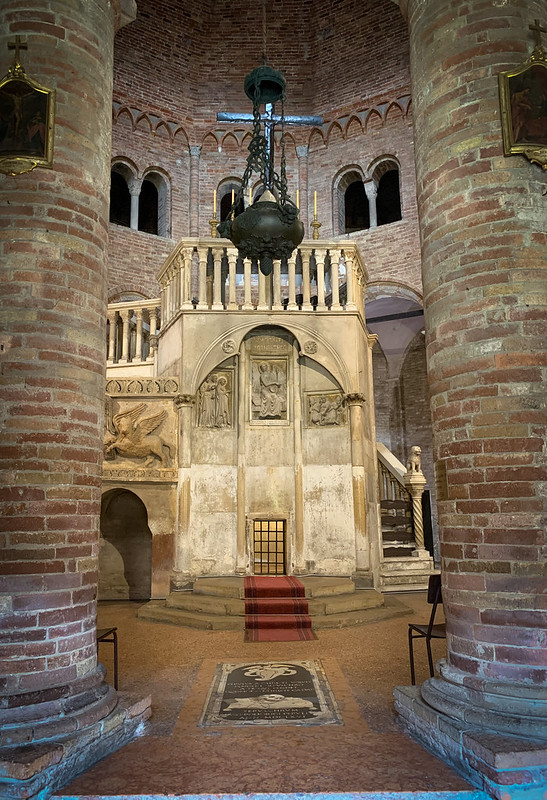 When you visit Bologna, make sure to stop by the Quadrilatero district. The streets of this ancient market are filled with shops, restaurants, delicacies and taverns where you can taste the typical dishes and products of the Emilia Romagna cuisine.

Some of the Bolognese specialties you should try are: 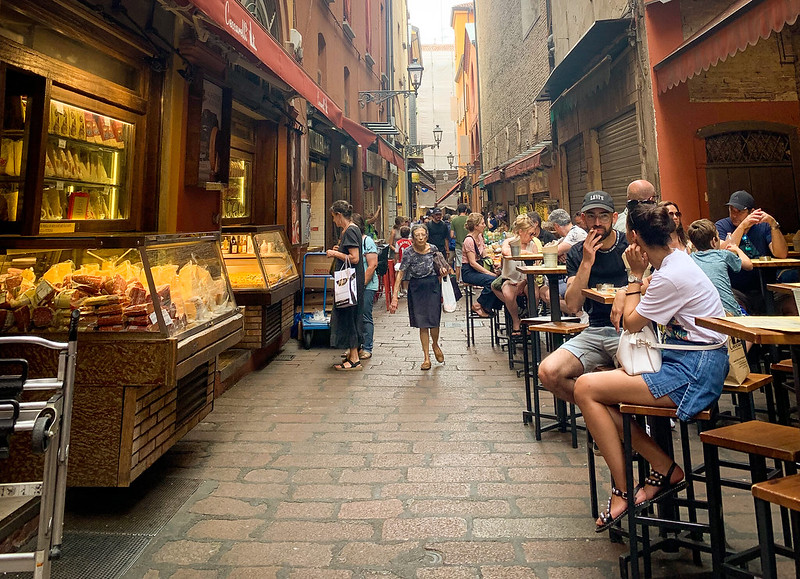 In the 12th century, the Asinelli family built the highest tower in Bologna: Torre degli Asinelli, also known as the Asinelli Tower.

At 97.2 meters, it has become a hallmark of Bologna as it stands there next to the Torre Garisenda, dominating the city. 498 steps lead you to the top where you can enjoy a panoramic view.

You need to book tickets a few days in advance! 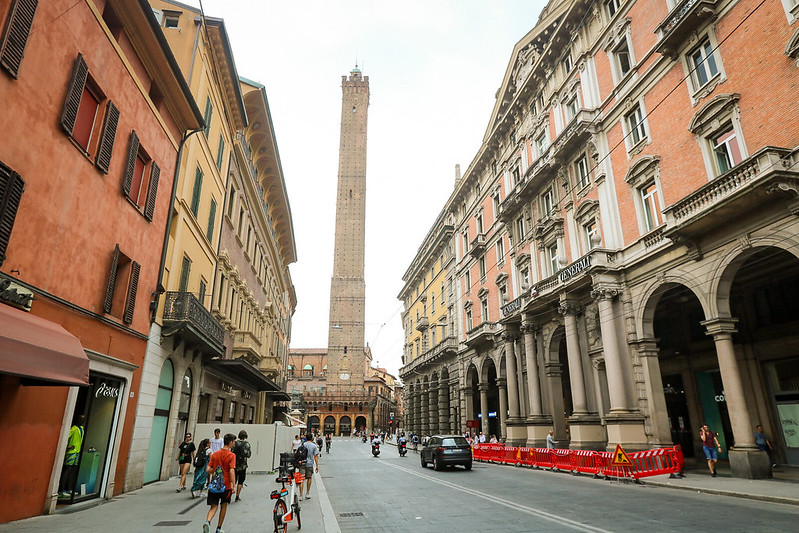 Another hallmark of Bologna is the porticos. All around town – and in the historic centre in particular – you can admire the many porticos that have earned Bologna a spot on the UNESCO world heritage list.

With a total of 40 km of porticos, Bologna has the most arcades in the world. The San Luca portico is the world’s longest at 3,796 meters and with a staggering 666 arches that connect downtown Bologna with the Sanctuary of San Luca. 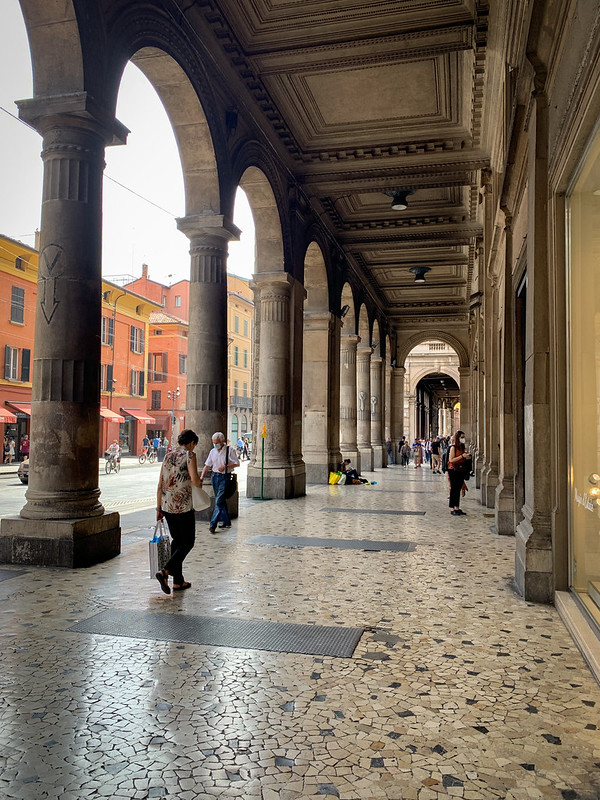 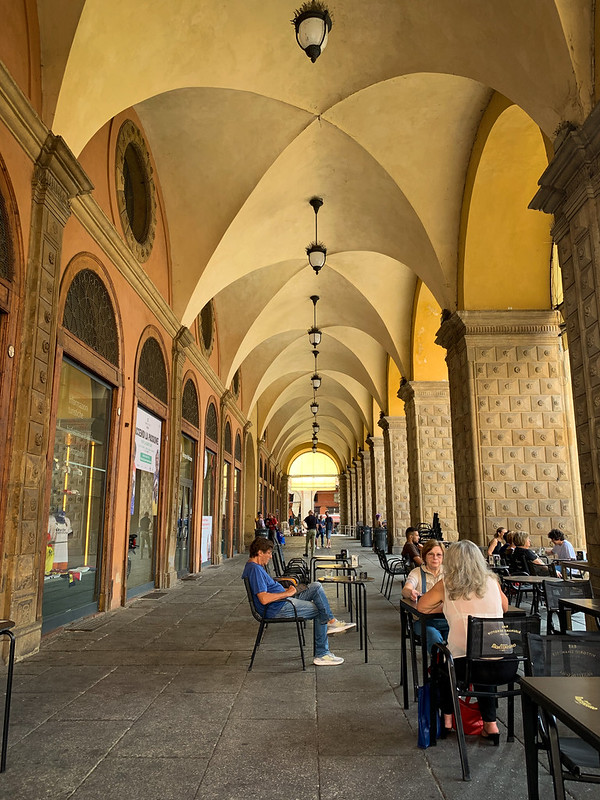 Day 2 is all about the beautiful, medieval town of Dozza – a perfect Bologna day trip. It’s located on a hill overlooking the valley of the Santerno river, 35km from Bologna.

Dozza has been inhabited since Celtic and Roman times and was strengthened during the Middle Ages when Caterina Sforza built the town fortress. Dozza is very small, yet incredibly charming so it’s worth walking around town to admire the houses and buildings. It kind of reminded me of Bamberg in Germany.

The murals of Dozza

Dozza is best known for the Biennial of Contemporary Art of the Painted Wall, which has led many artists to paint the walls of the city since 1960. Houses, porticoes, streets and squares are home to over 100 contemporary art pieces, which has transformed the village into an open-air museum. For that reason, Dozza has been named one the ‘most beautiful towns in Italy‘. 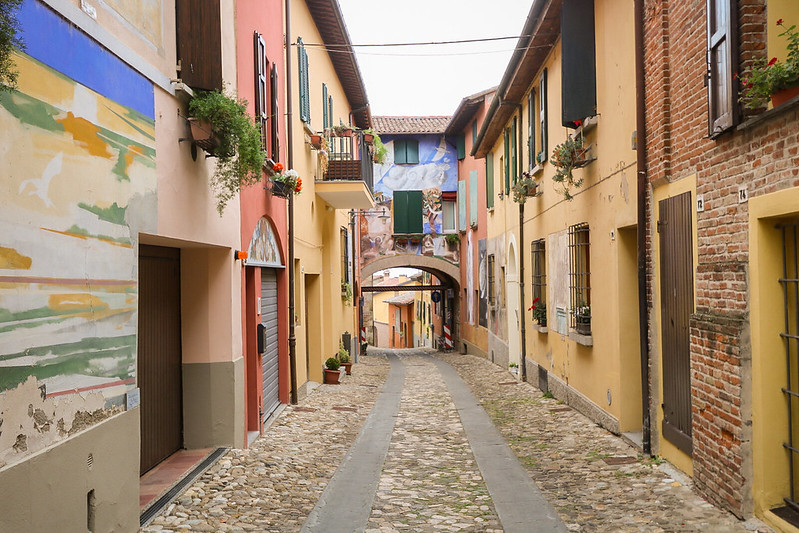 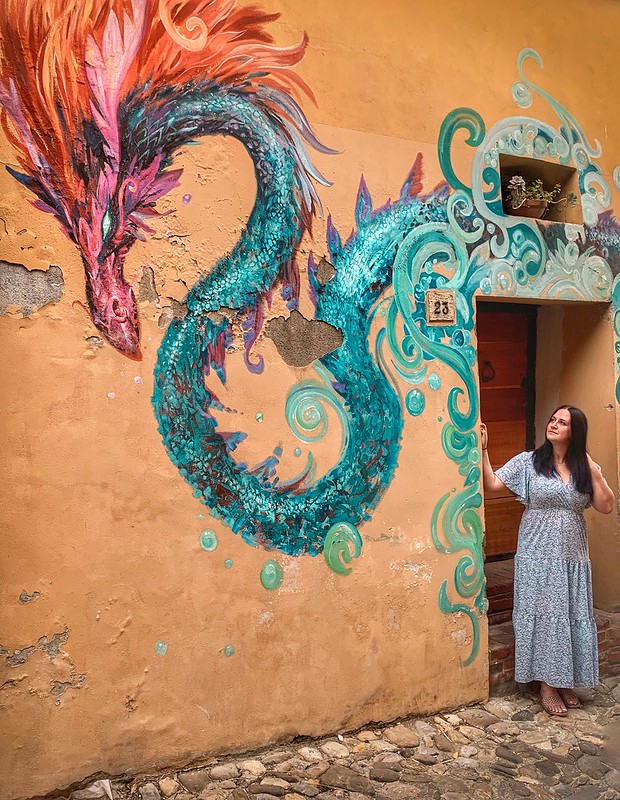 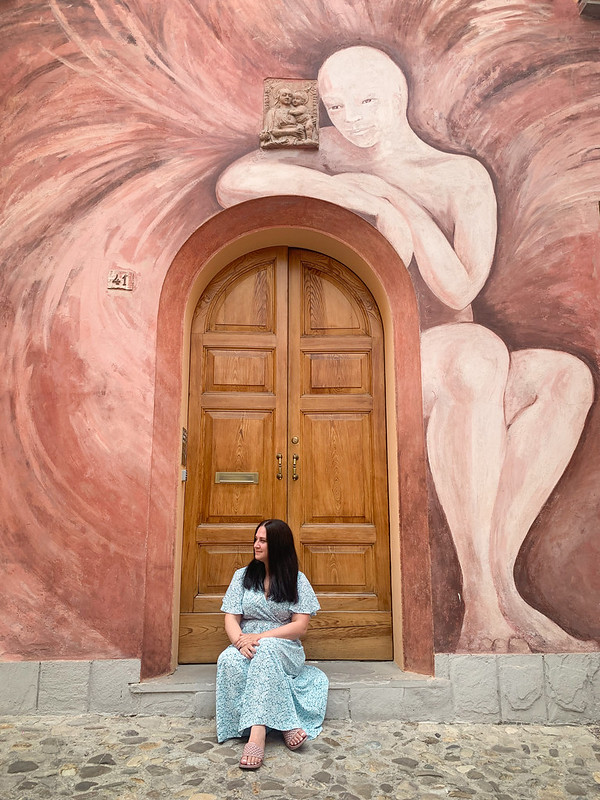 The Sforza Fortress of Dozza

The history of the castle, Rocca di Dozza, goes back centuries. Constructed in 1250, it was modified several times during the years by its various owners who fought fiercely over it. In the late 1400s, Caterina Sforza took over the castle and transformed it into a veritable Renaissance era fortress with defensive walls, mighty towers and a deep moat.

Inside the castle, you can see portraits of the Malvezzi-Campeggi family and tapestries with the family coat of arms. There’s also a dragon and a dungeon.

Inside the Rocca di Dozza, you’ll also find the Regional Enoteca, exhibiting over a thousand local wine labels, from typical Italian lunch and dinner wines to dessert wines, not to mention liqueurs and spirits. 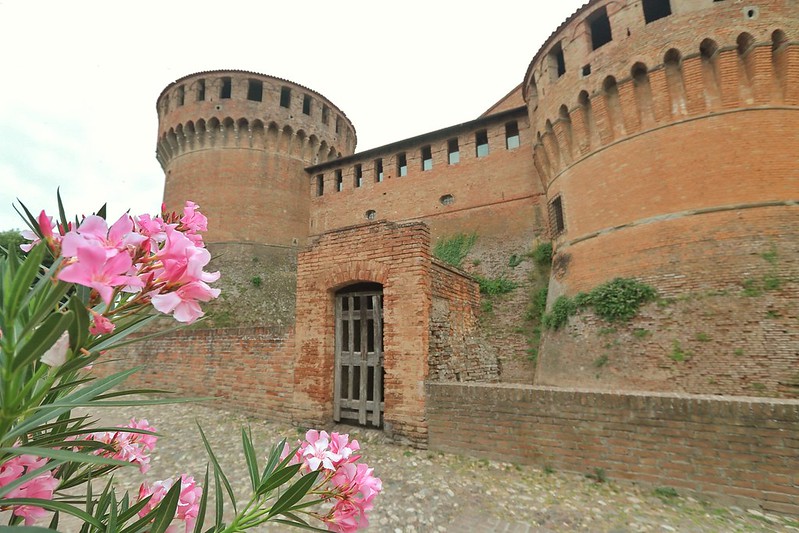 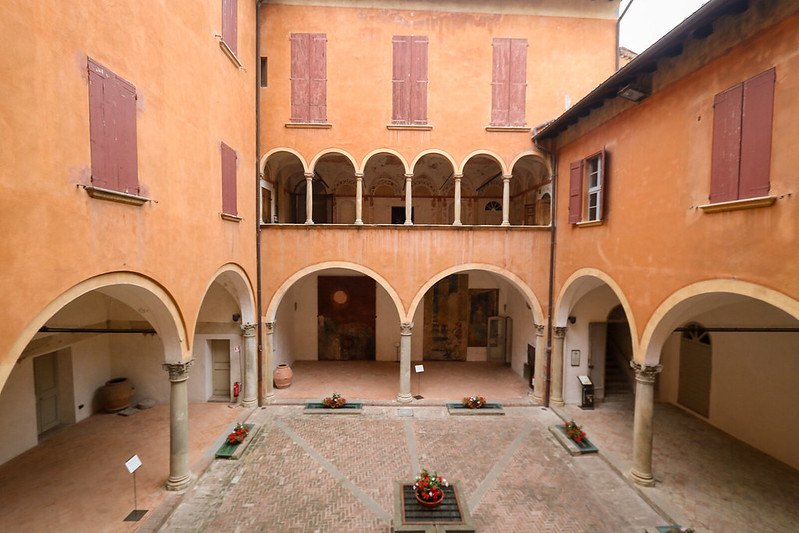 Once you’ve walked around town, explored the castle and discovered the beautiful art paintings, it’s time to eat some of that wonderful Italian food. We had dinner at Osteria di Dozza, a small restaurant with a warm and welcoming atmosphere, located within the medieval walls of Dozza. The atmosphere is rustic with wooden tables and vintage photographs on the walls. 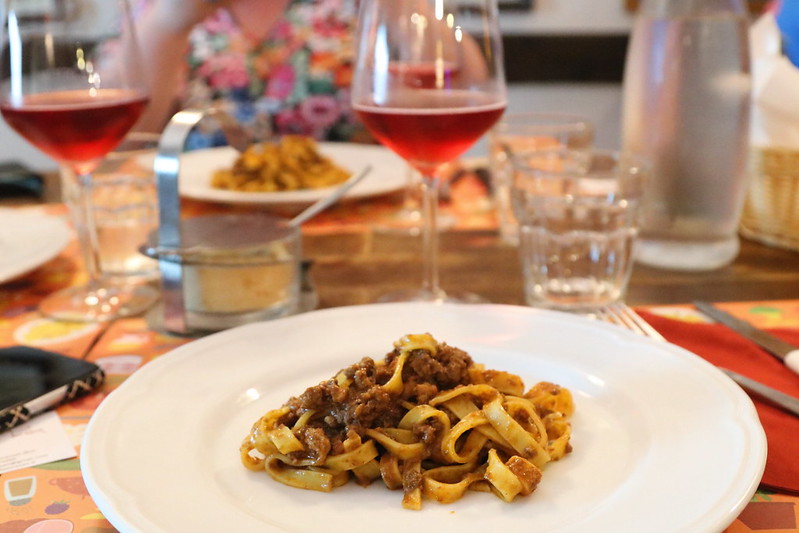 Three days in Bologna go by so fast, so let’s make your last day count!

Bologna is known as the Italian food capital, and a great way to experience this is by joining a cooking class. I love cooking classes and take them whenever I can, because it’s such a fantastic way to get to know a culture and its people. I joined the Try and Taste cooking school in the food valley of Bologna and Modena, a wonderful little town.

The two sisters, Monica and Barbara teaches you how to make the best bolognese in Bologna from scratch in a very relaxing and authentic atmosphere. I highly recommend going, it was the highlight of my trip to Bologna.

Read next: 10 delicious foods you must eat in Bologna 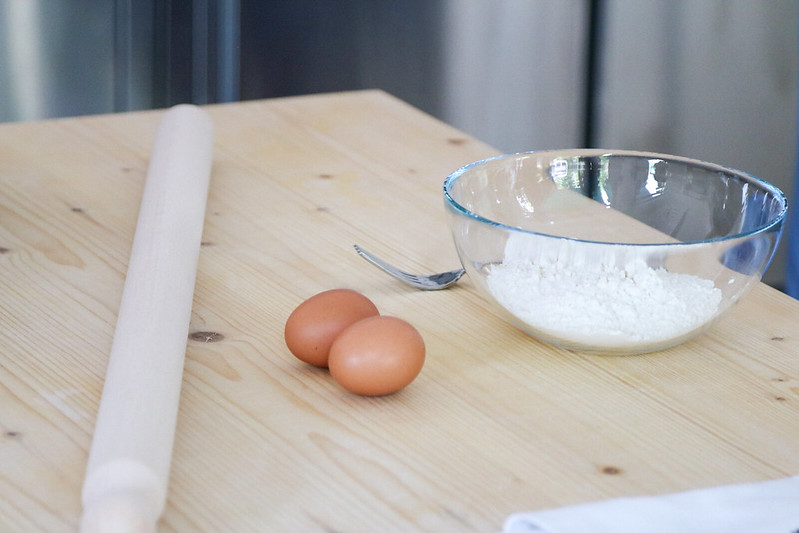 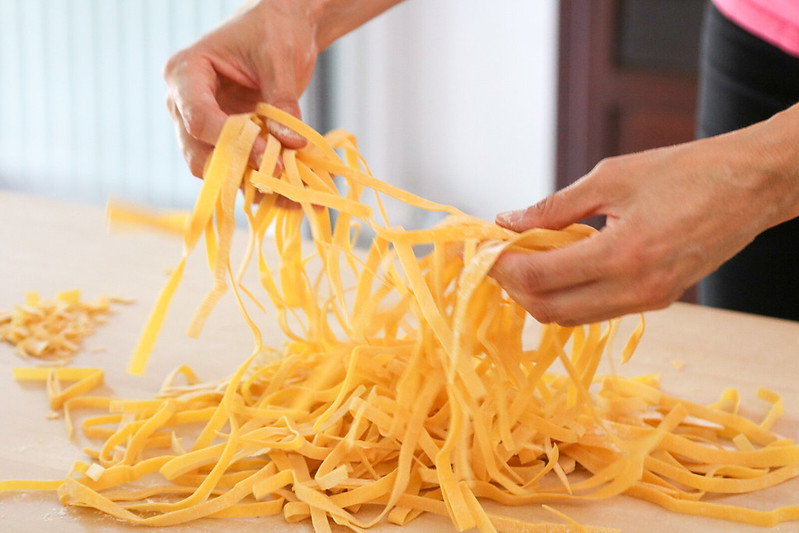 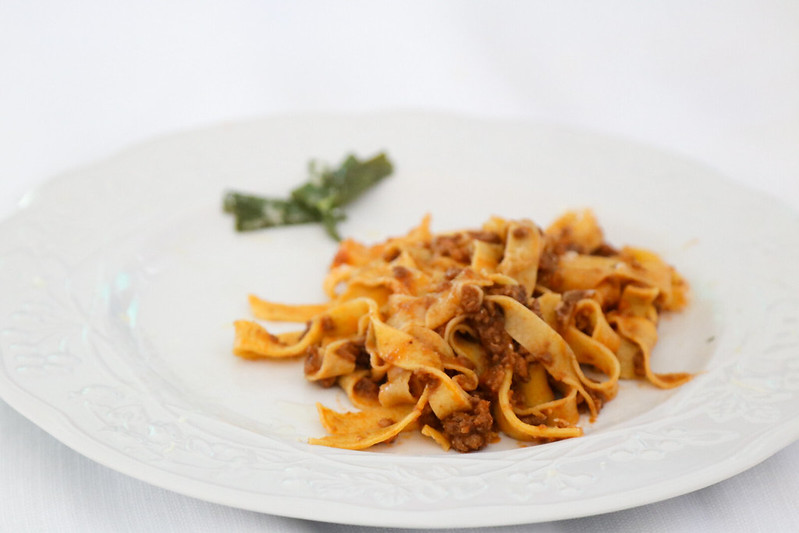 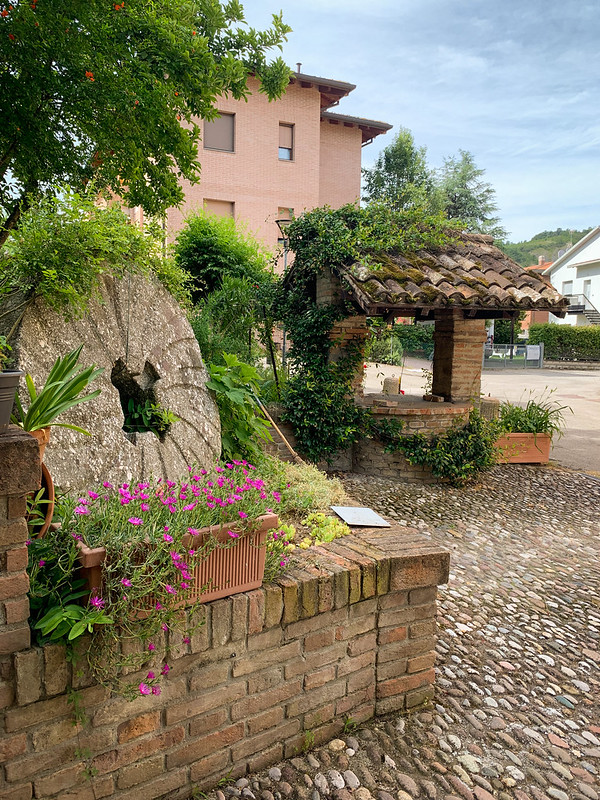 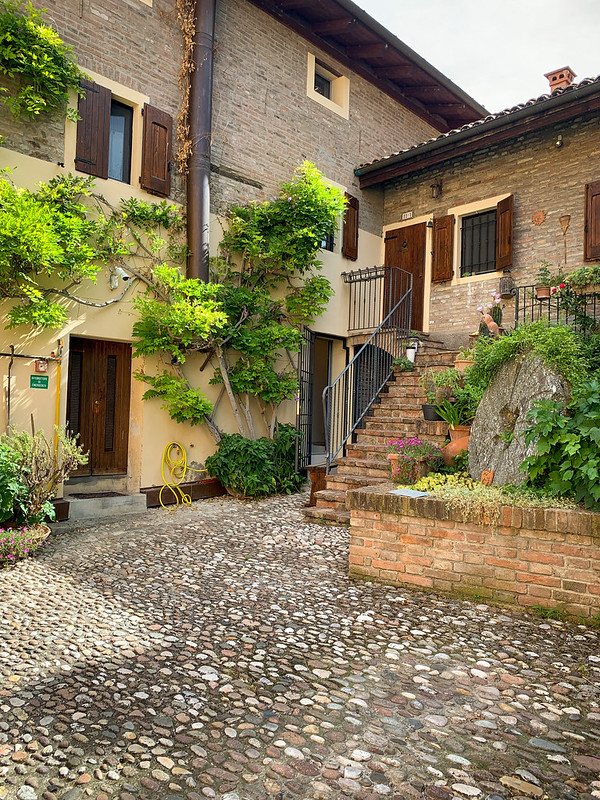 The Sanctuary of San Luca

When you get back into town, I recommend going to The Basilica of San Luca. Placed high atop the Colle della Guardia, it’s one of the symbols of Bologna.

The basilica is connected to the city centre by the longest portico in the world which, with its 666 arches and almost 4 kilometres in length, goes directly from Porta Saragozza to the entrance to the Basilica. The city of Bologna started building the portico in 1674 and, during Ascension week, a procession has been walking along it carrying the Byzantine Madonna with Child to the Cathedral since 1433.

How to get there: 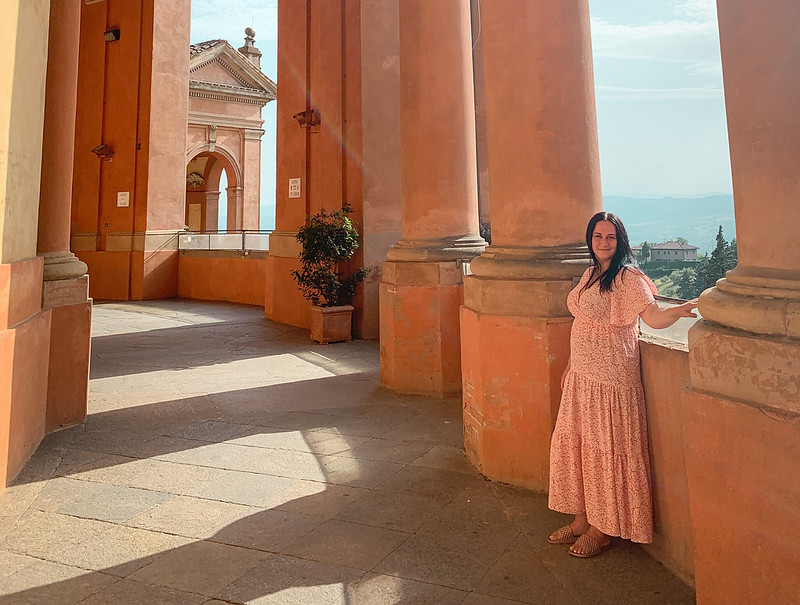 Got any questions about your 3 days in Bologna? Let me know in the comments!