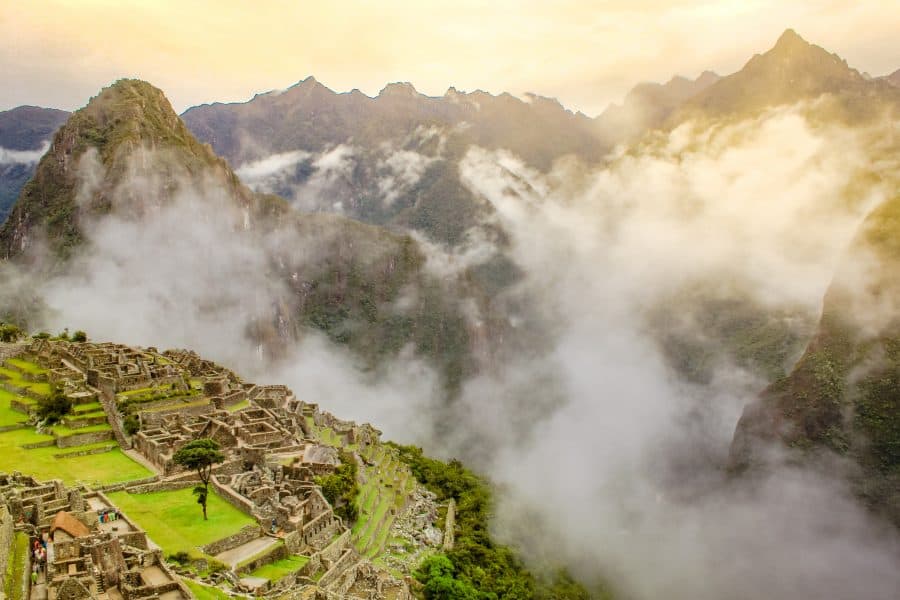 Read my post on Hiking The Inca Trail and my Inca Trail Tips and Budget Itinerary.

As I went to sleep the night before, it was raining consistently and at 3.30am I am woken up by the unwelcoming sound of insistent raindrops against the tent.

To be honest, after three days of no showers, dirty, wet clothes, using bushes as bathrooms and thousands of steep stairs, I am slightly relieved that this is our last day on the Inca Trail.

After a quick breakfast we rushed to the check point only to…. stand in line for an hour. When the gates opened, people were practically standing on each others necks to be first. José had urged us to be careful as people tend to be less focused during this stretch of the trail. It had only been a week since a 26-year-old woman had fell into the ravine and died.

We had two hours of flat terrain hiking in front of us before we’d reach the notorious Sun Gate. Now, if you think that the rest of the Inca Trail was a breeze because it was mostly flat, let me correct you.

After 45 km, three days and countless of steep, never-ending steps, your muscles feel torturously sore and knees are mucho aching – and then throw in “The Gringo Killer”; a set of narrow stone stairs so vertically inclined that ascending them was almost like climbing a wall.

When my turn came, I could hear people hollering in triumph whenever reaching the top. Appropriately terrified, I (the gringo) clinged onto the wet steps with arms and legs for dear life, while being outpaced by my fellow and highly aggressive trekkers.

At the top and only seconds away from the Sun Gate, I was more than ready to catch my first glimpse of the lost city, Machu Picchu. I had heard people describing this first sight as a mythical or even spiritual experience. I hoped that it would be as meaningful for me.

When we reached the Sun Gate, I looked around and this is what I saw: 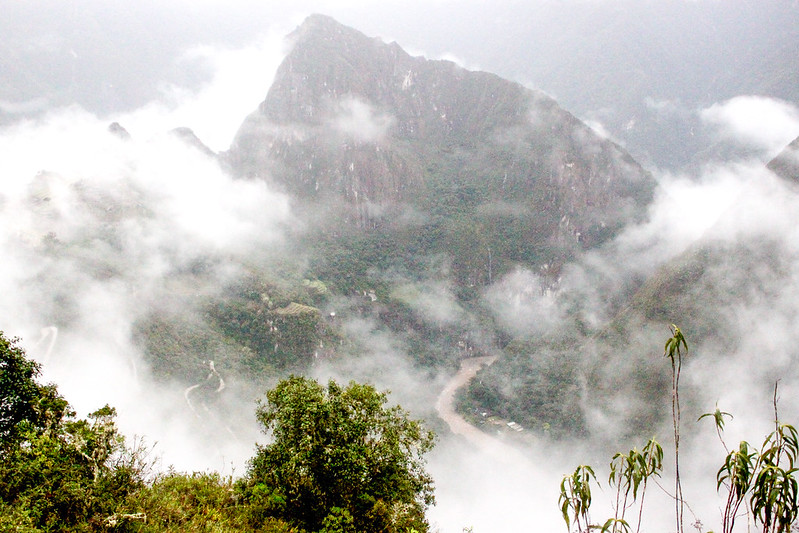 A thick wall of white, heavy fog was the culmination of 45 km trekking.

I stood there in silence for what felt like an eternity and prayed that the sun would come out. Wholly aware that this was in fact the rainy season, I knew better than to get my hopes up. Only I didn’t. We had been so lucky with the weather so far that I somehow took it for granted to see Machu Picchu with bright blue skies, fluffy white clouds and a warm sun.

Eventually, I gave up and began the hourlong descend to the main stone gate for that “Me and Machu Picchu” shot. 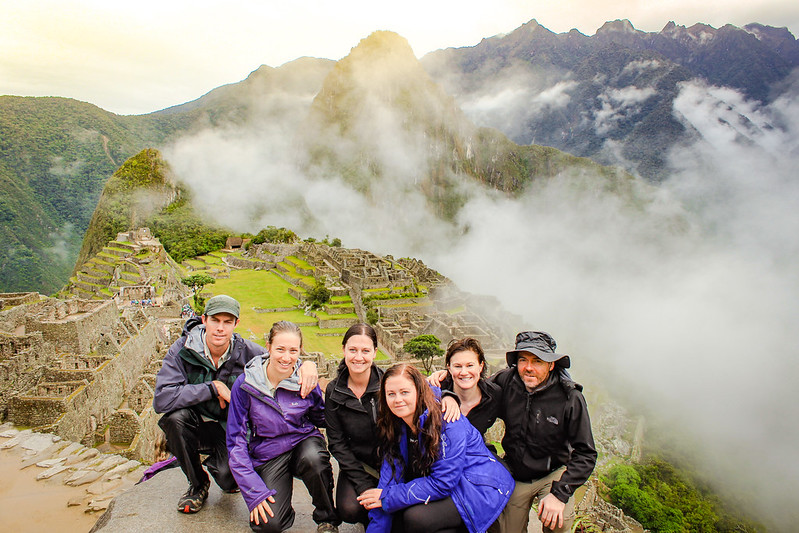 When getting to the stone gate, we were instantly met by an impatient flash mob. I was honestly quite shocked how aggressive people were or how they reluctantly refused to get out of the picture. At this point however, I was so tired and sufficiently indifferent to the hordes that I just ignored them and took it at my own pace. As our clever guide said: Machu Picchu is going nowhere. 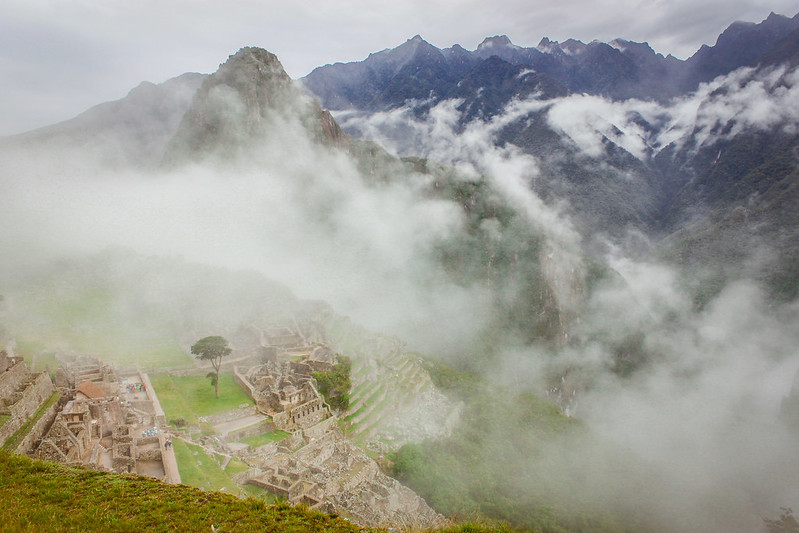 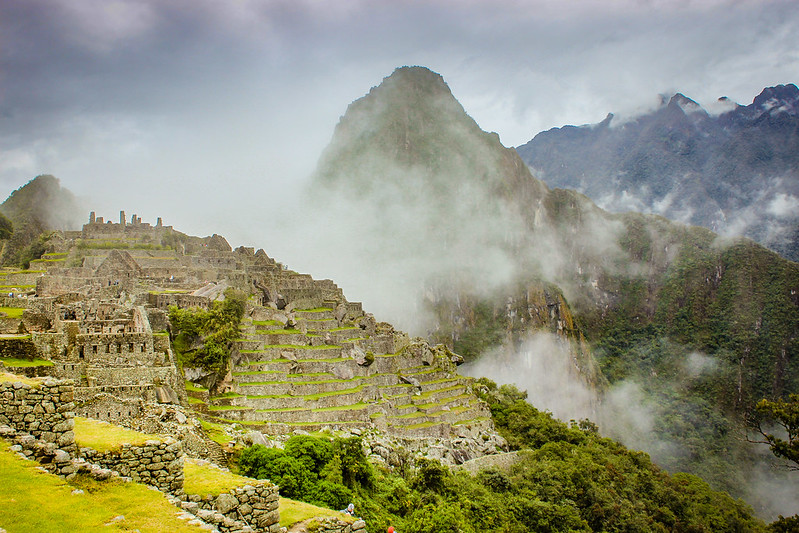 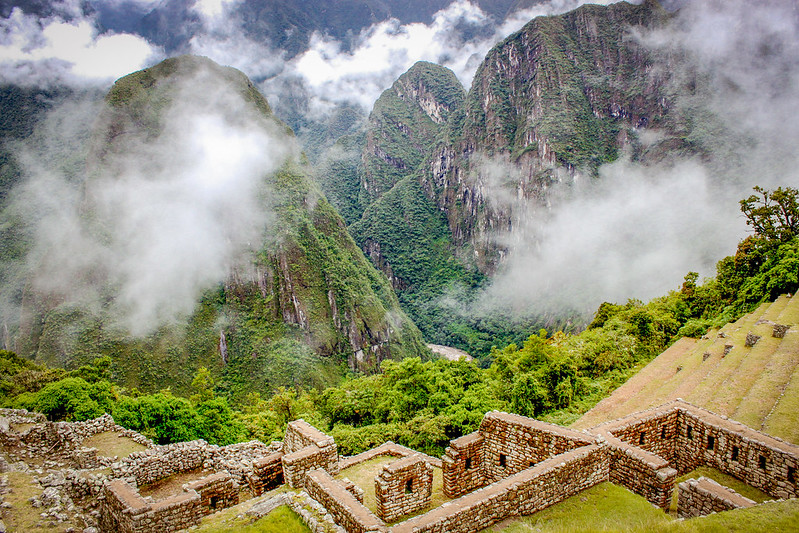 We then entered the grounds of the site and José explained about the magnificent ancient city, its likely function as the intellectual center of the Incan empire and the function of the various portions. Meanwhile, I was wishing that the fog would lift so we would be able to see something. Anything. And it did for a while. Finally, we were able to get some nice shots of the site. 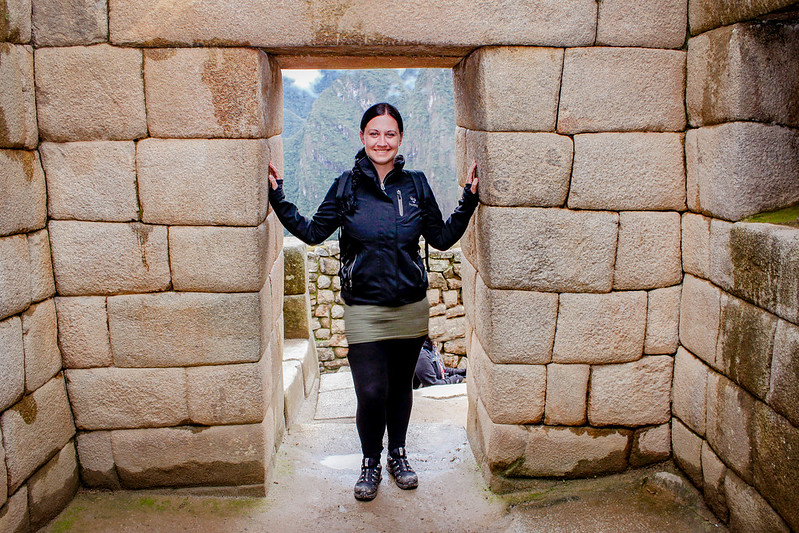 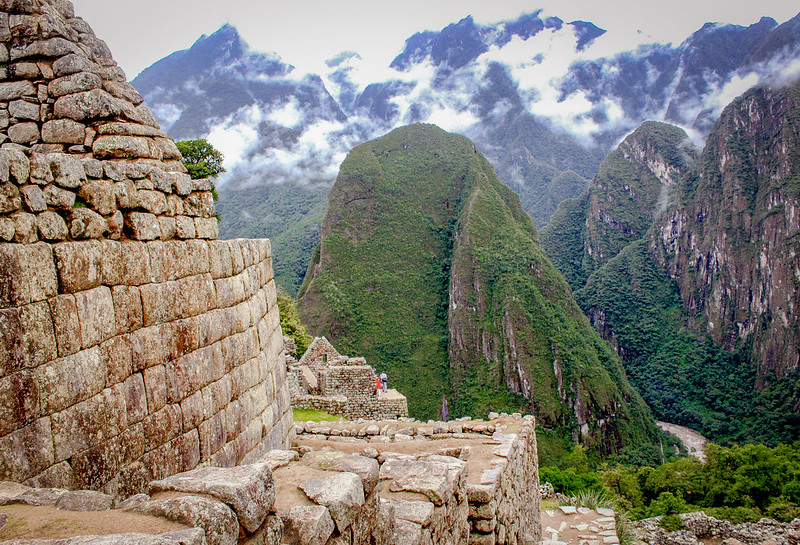 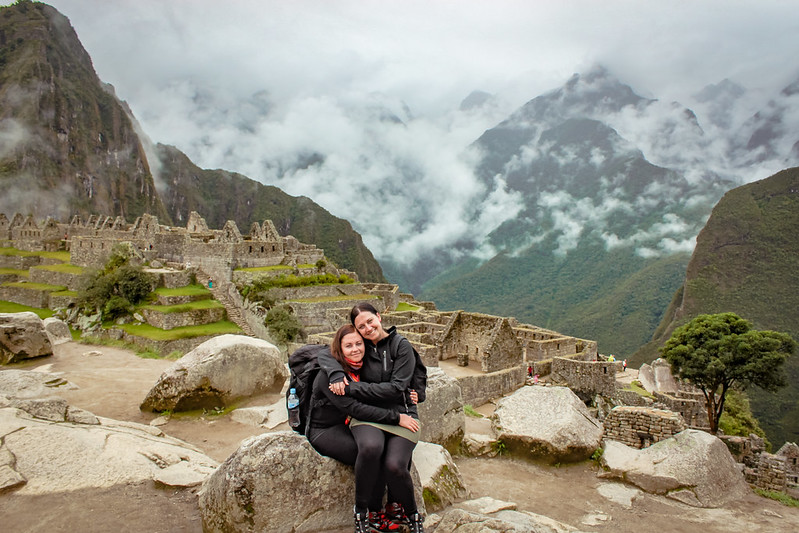 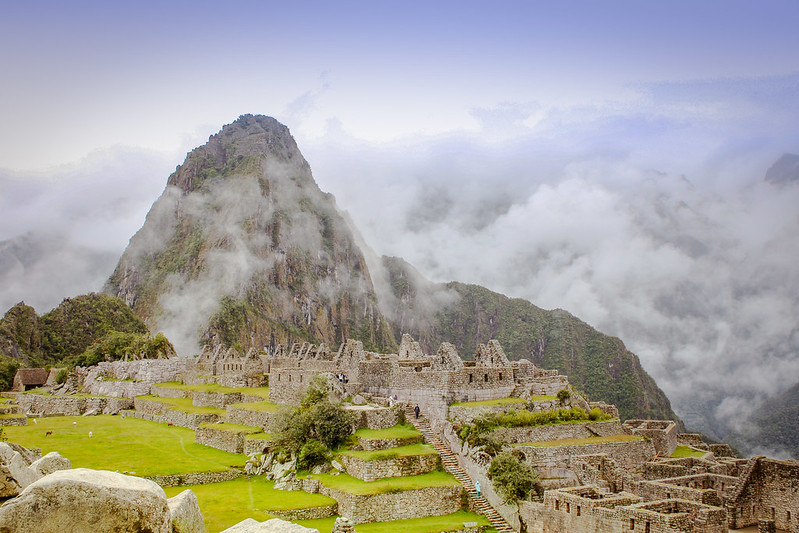 We spent around two-three hours exploring the site, and we would’ve stayed longer if the fog had not waved back in. Though spirits were low, we tried to make the best of it. After all, we were at one of the World Wonders, we had actually conquered the Inca Trail, and it wasn’t pouring rain. For that I am grateful. 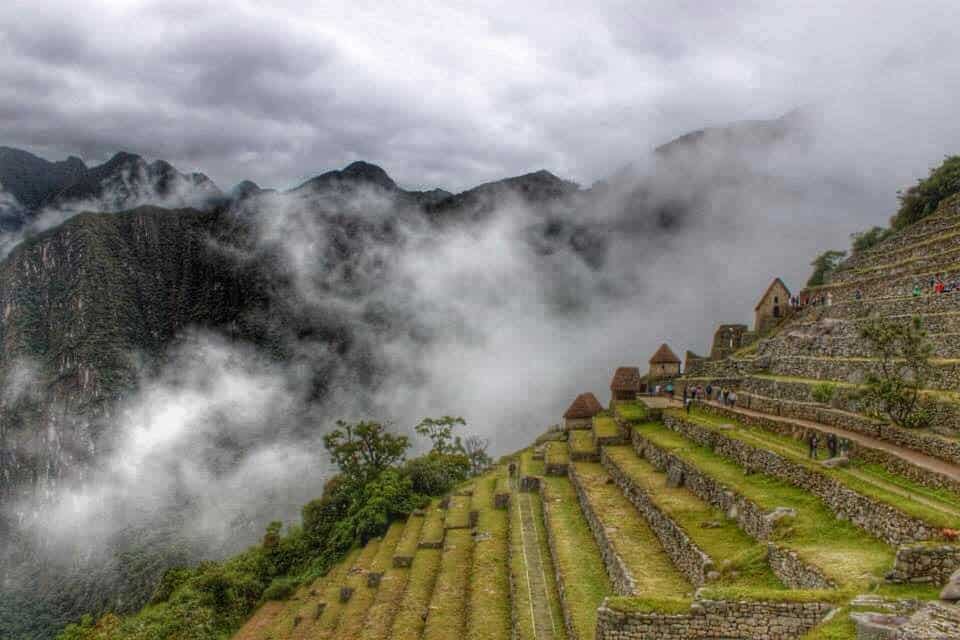 Hiking the Inca Trail: So, what’s the verdict?

Well, seeing as we did the Inca Trail hike in January, which is the rainy season, we knew the weather might not be on our side. However, no matter the season, the trek is beautiful and you’ll feel proud to have done it.

Machu Picchu is well worth the trip, and I’m certain that I will come back to Peru and to The Lost City one day. Only next time I’m soooo taking the train! 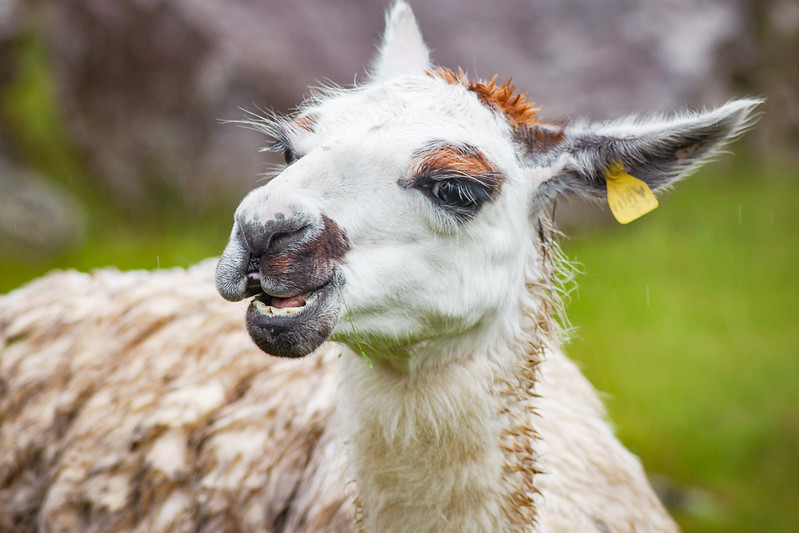 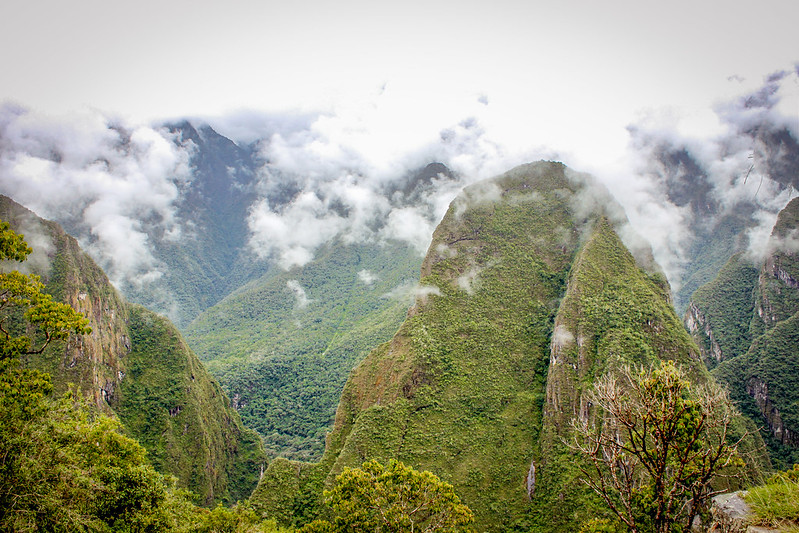 Whether heading up by train or trekking for days over high mountain passes, getting to Machu Picchu is a great achievement. Here’s some advice to make this experience the best possible:

Aah. At last we’re about to enter the luxury train back to Ollantaytambo. The rest of our group was staying in Aguas Caliente for an extra day, but we were heading straight to Cusco as we were flying to Bolivia the next morning. The city of Aguas Caliente was quite relaxed and cozy, and if we had the time, I wouldn’t have mind hanging around here. 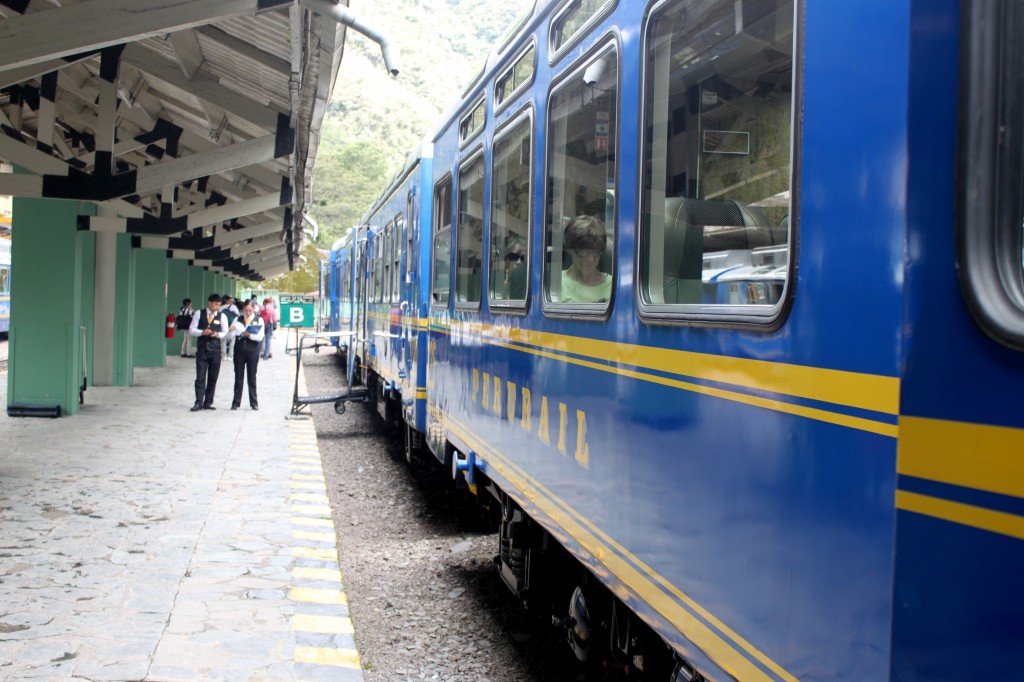 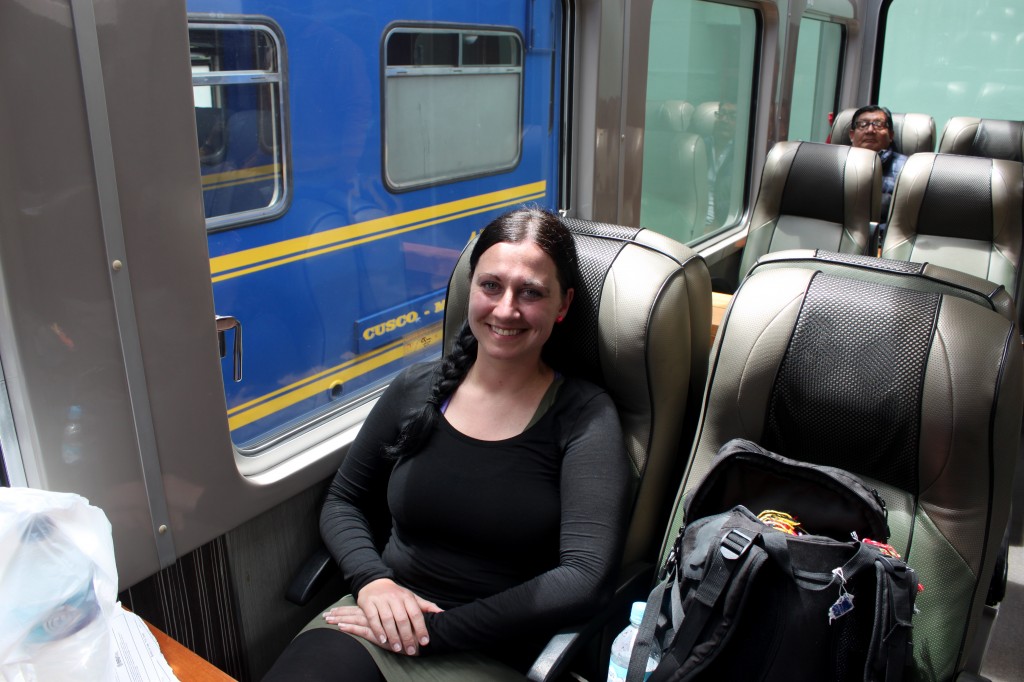 We got on the high-end class, which was all included in our Wayki Inca Trail tour. And when the waiter (oh yes, they have waiters) offered me a Danish, I was ready to give him a hug. What a silver lining to our 4 day Inca Trek. 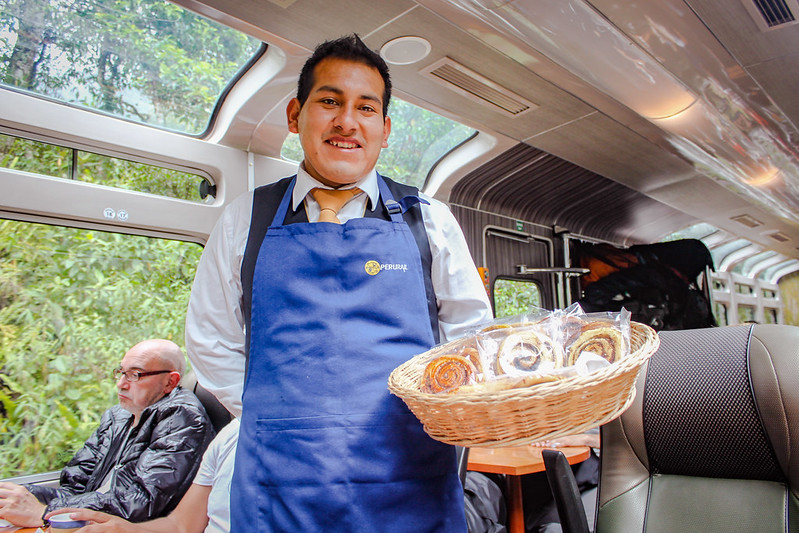 Planning to visit Machu Picchu? Ask me anything in the comments! 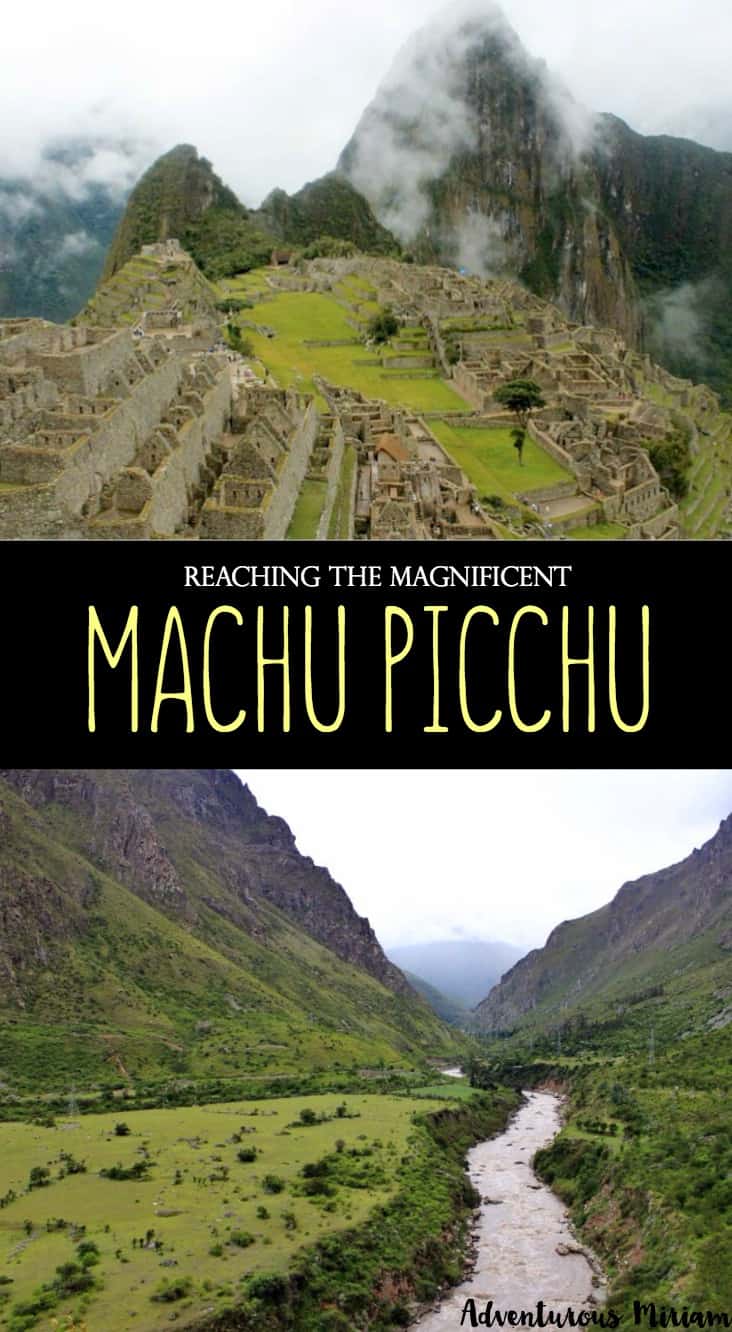