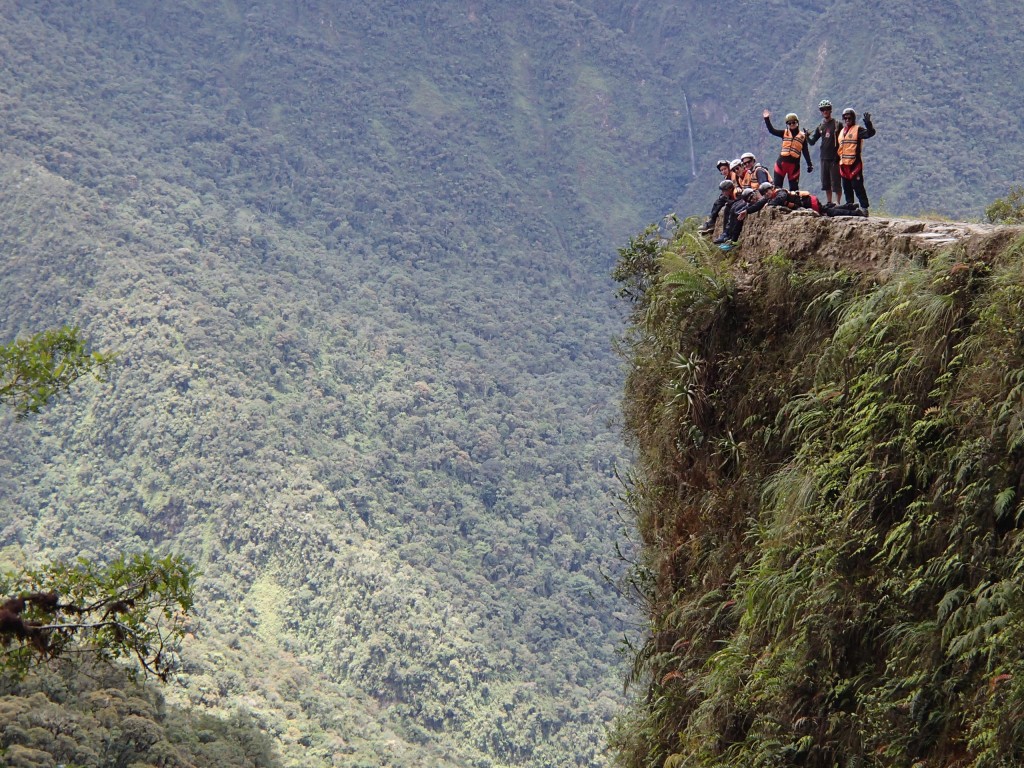 “You have to stay focused. People die on the Bolivia’s Death Road”, the guide with an Australian accent said as he took a large bite of his cheese sandwich. The music was playing loud on the car stereo. I could see the other guide fumbling with his camera in the front seat.

I hadn’t been nervous up until this minute. After all, I’m an adventurer. I love getting out of my comfort zone. Yet, the backpack handle suddenly felt heavy in my clammy and slightly shaking hands.

The day started at a cafe downtown La Paz where we met our guide and fellow bikers. We were eight in total: us, an Australian couple, an English doctor, a German couple and an Austrian. Our guide, Steve, was from New Zealand and he had been doing this for some time.

Bolivia’s Death Road (formal name: the North Yungas Road) is a 64 km mostly downhill stretch of treacheries turns and 600-metre drops that connects La Paz with the Amazon rainforest in the north. Every year, 25,000 dare-devils cycle on it, and when the road was most used it claimed 200-300 deaths per year from crashes or falling off the steep cliffs. And yet, here I was, signing off my life. 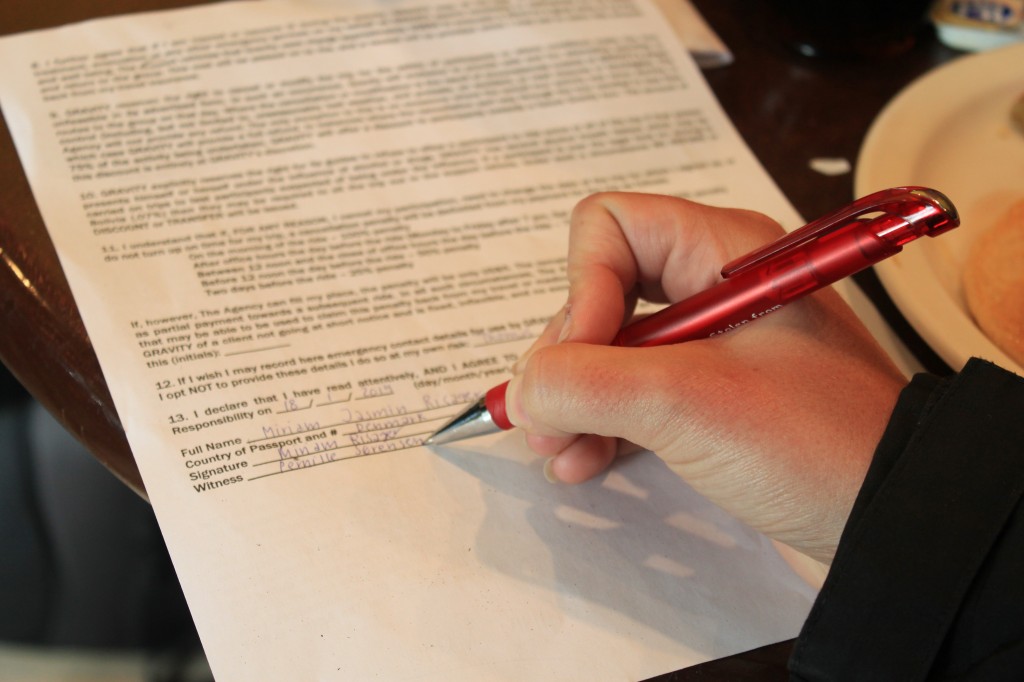 With the legal work out of the way, we could begin our ascend to La Cumbre at 4,615 meters. At the point of take-off, Steve gave us a thorough introduction to the ground rules of biking Bolivia’s Death Road and then passed around a small bottle of what looked like water. He explained that drinking then spitting some of it on the bike front wheel would count as a blessing to Pachamama, the goddess Mother Earth. And who would want to offend her today of all days? Um, not me! So, I took a huge swig of it, but before I could swallow, it aggressively numbed out my mouth and throat.

Steve got a weird look on his face and everyone else gasped as I spat it out through my teeth while coughing like crazy. With a mouth full of ethanol, I was already counting my blessings. 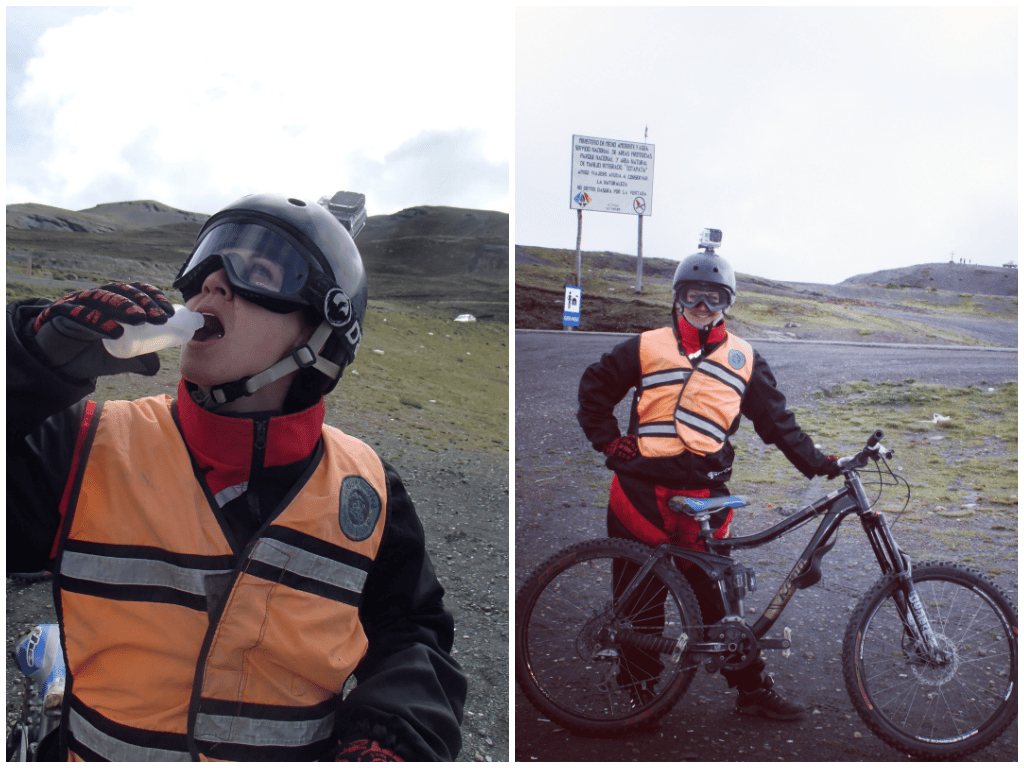 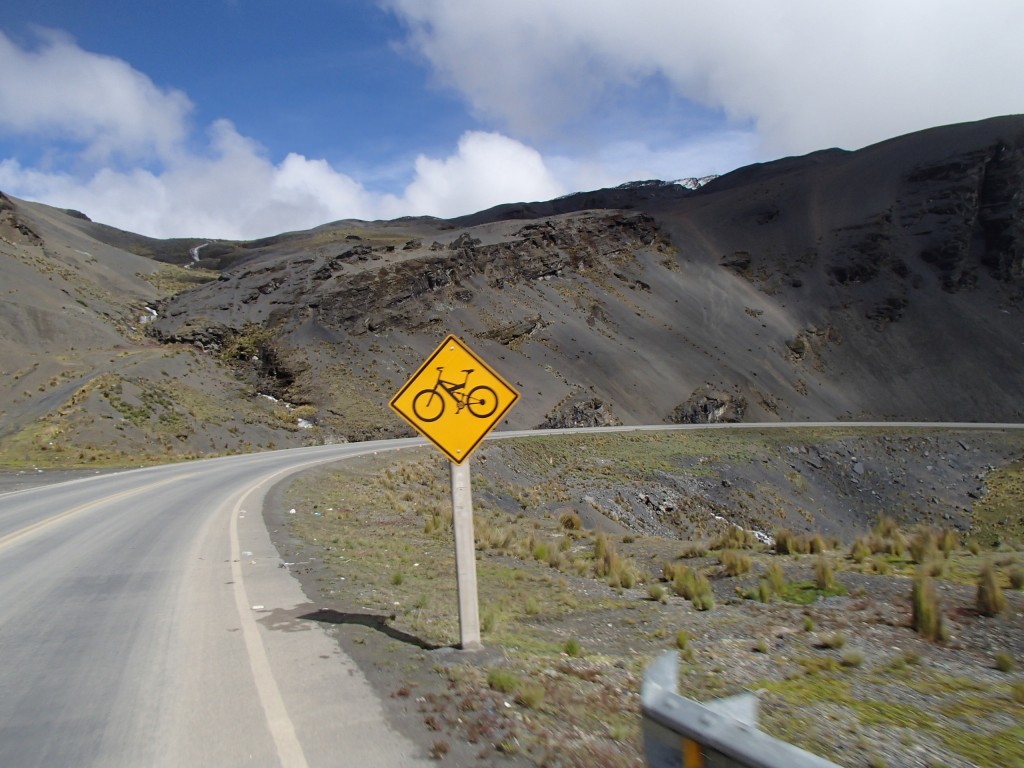 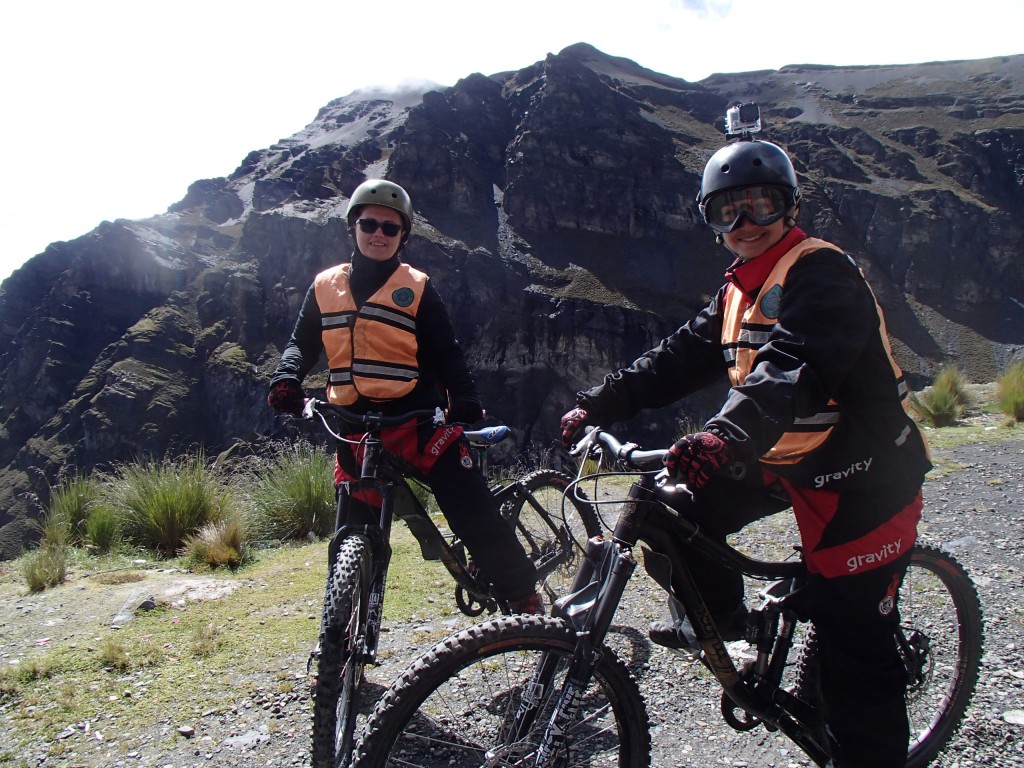 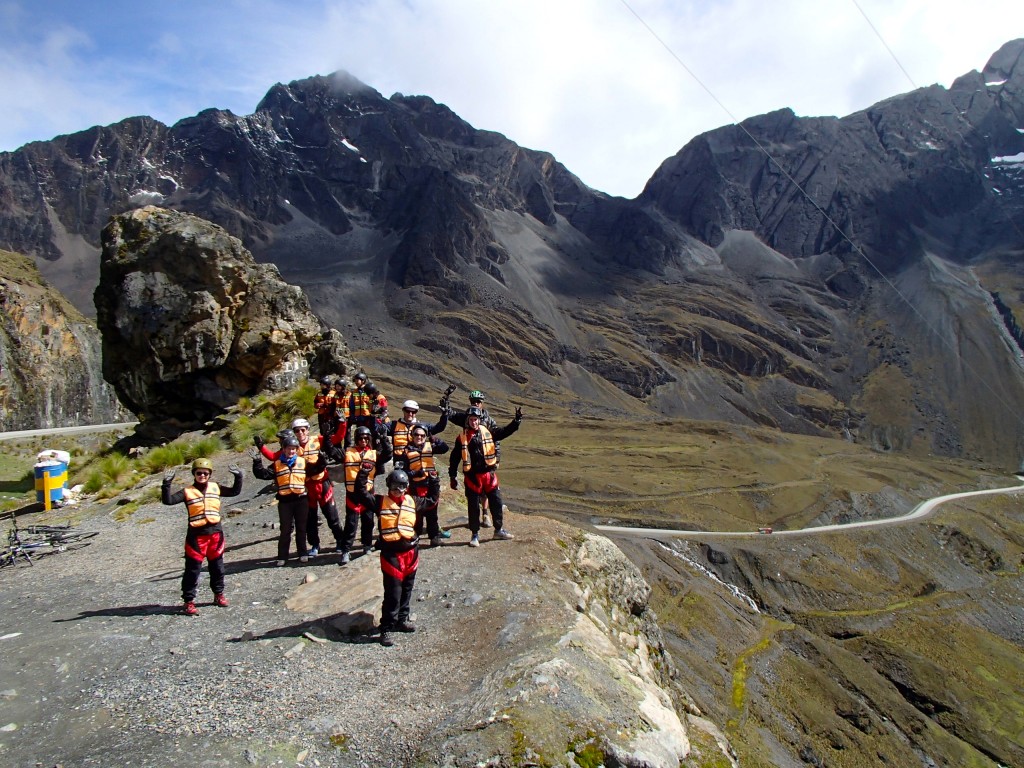 The first 22 km were a major blast. Sun was out, the road was all ours, view was stunning, and I was speeding crazily. When we got to the gravel road, I was totally on top of my game. Adrenaline pumping through my body, and I was more than ready to risk meeting my maker along this deadly next stretch.

For those of you who haven’t tried mountain biking on gravel, let me clarify one thing:

Not only is this kind of road like a skating rink, but the pebbles and large rocks makes it extremely uneven as well. Within the first few minutes, one from the group fell off his bike, I had absolutely no control over mine what-so-ever, and this was how the rest of the trip would be like – oh, and with a 600-meter drop on the twisty dirt track, barely wide enough for one vehicle. 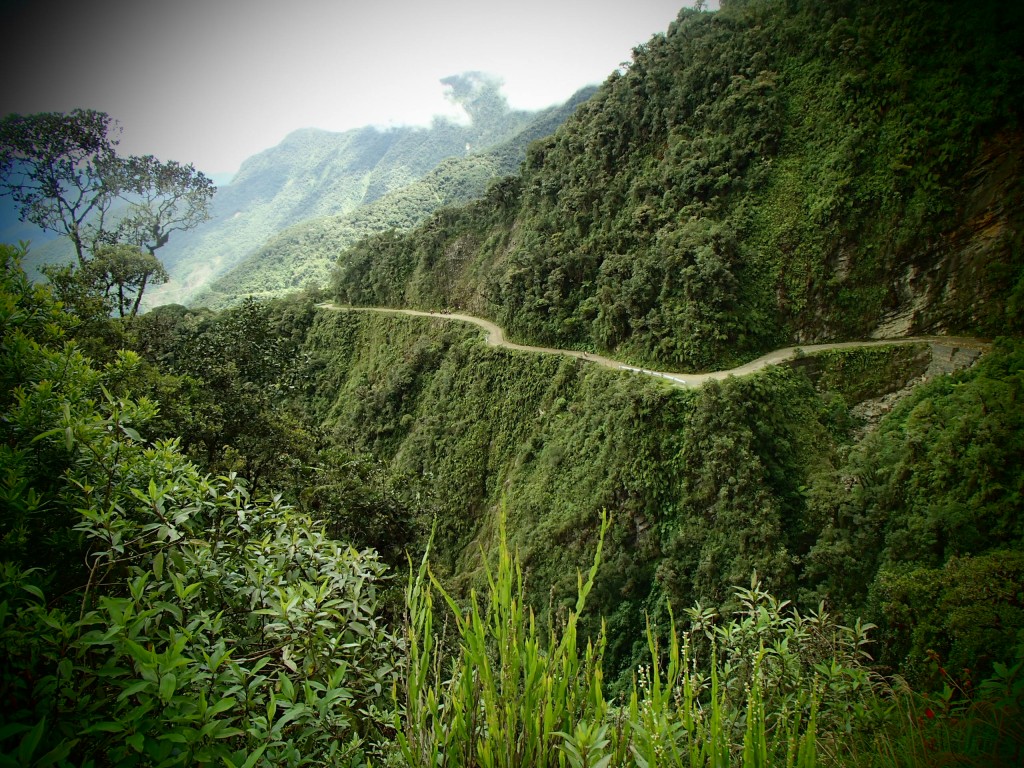 Now, it would be nice to brag about speeding all the way down, but that would be lying. To be honest, I was squeezing the brakes constantly to a point where I thought my index finger would break.

Buuuut I still went fast enough to have my heart racing.

We stopped often, and there were absolutely stunning views of the countryside. Along the road we saw numerous small waterfalls rain down from the cliff sides, tumbling stones on the road, and unpaved roads mostly without guard rails. 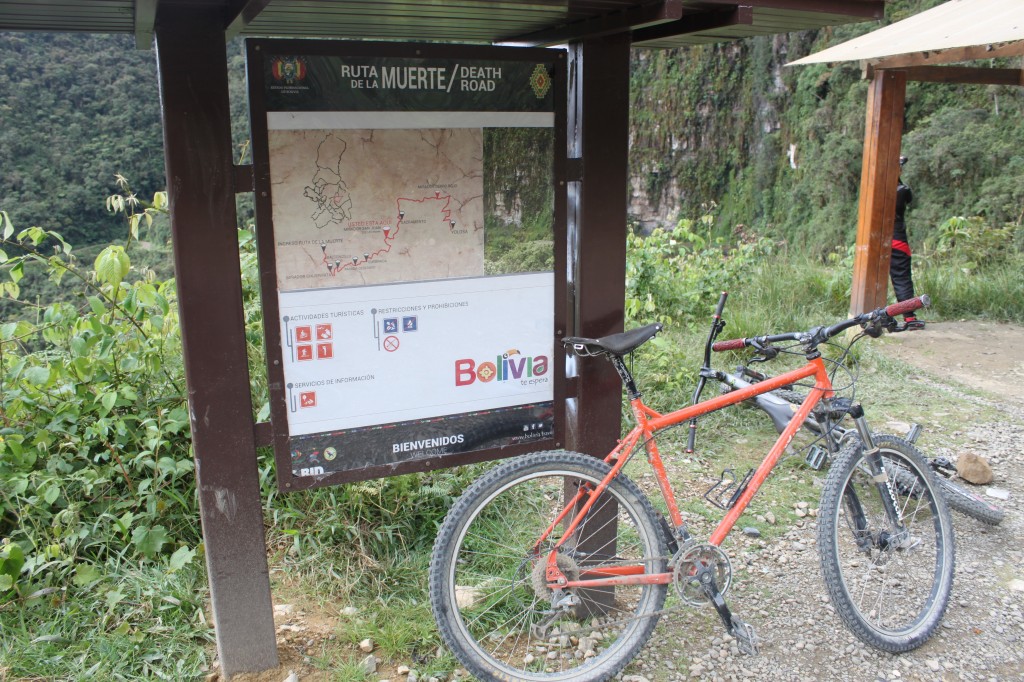 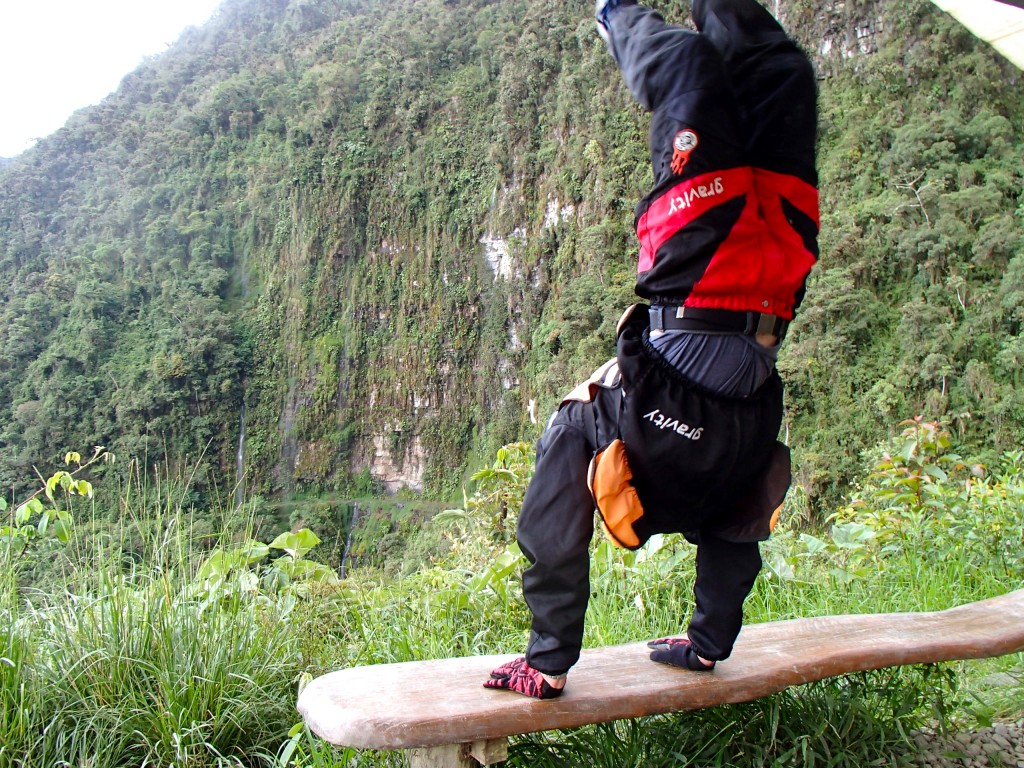 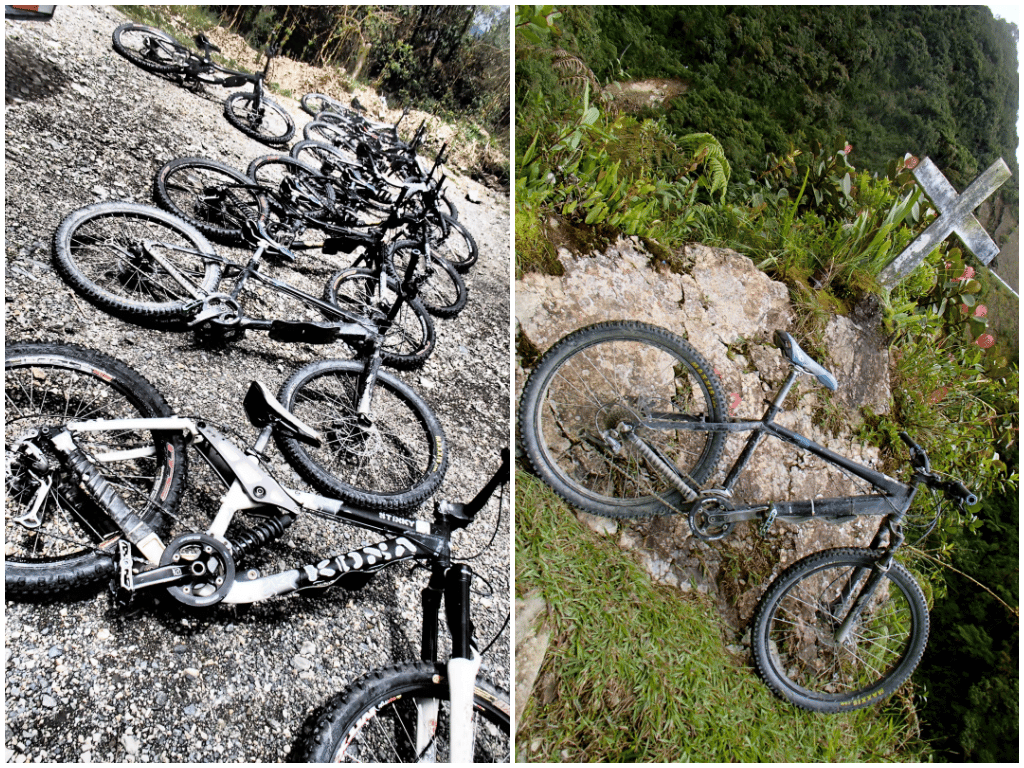 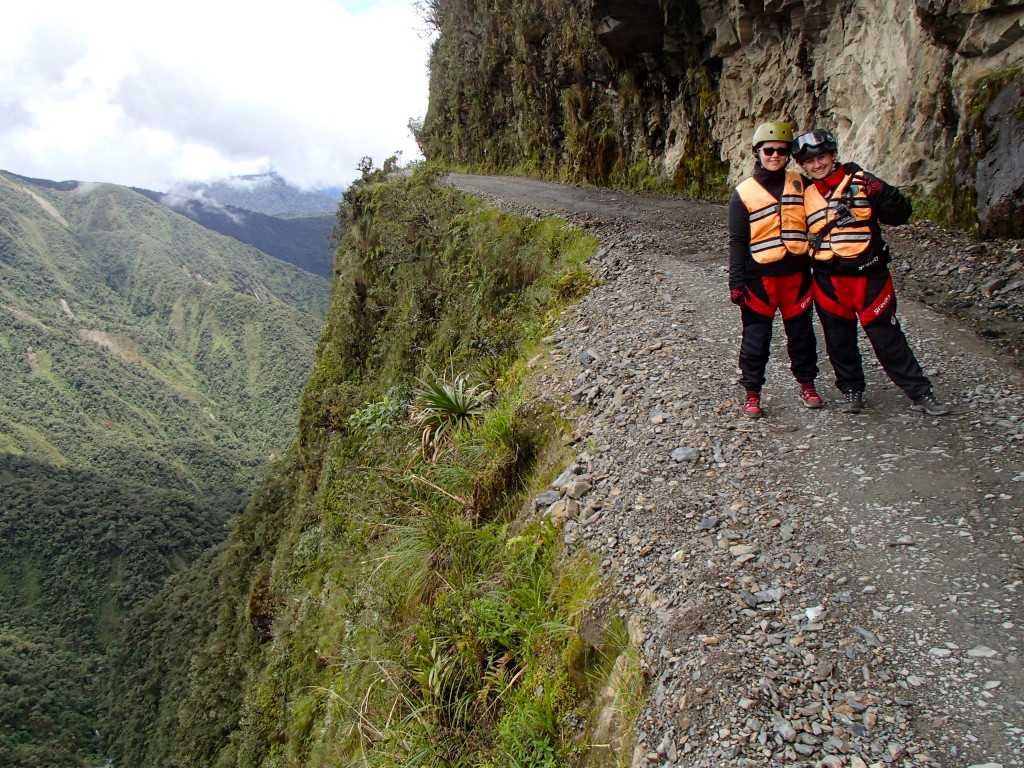 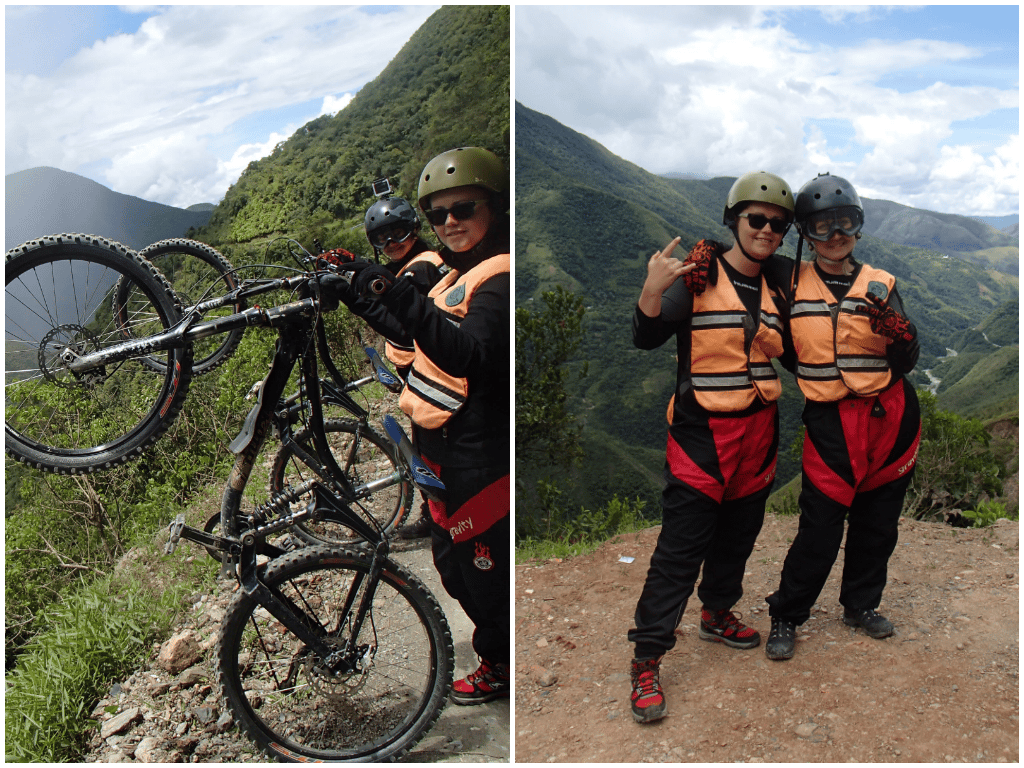 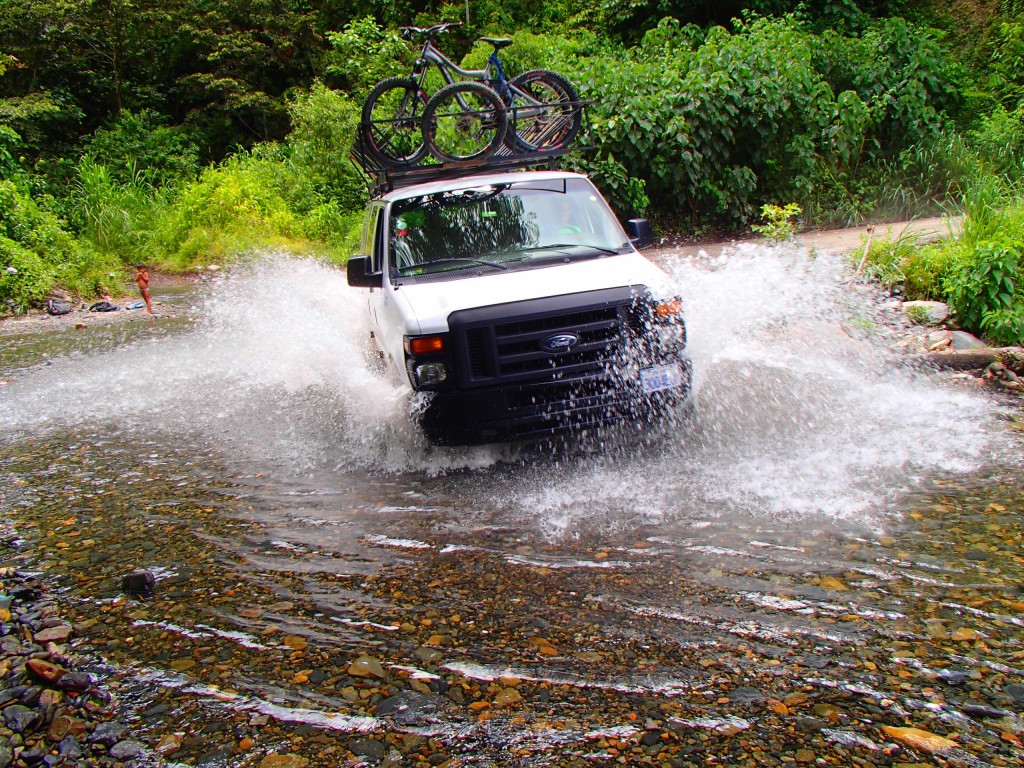 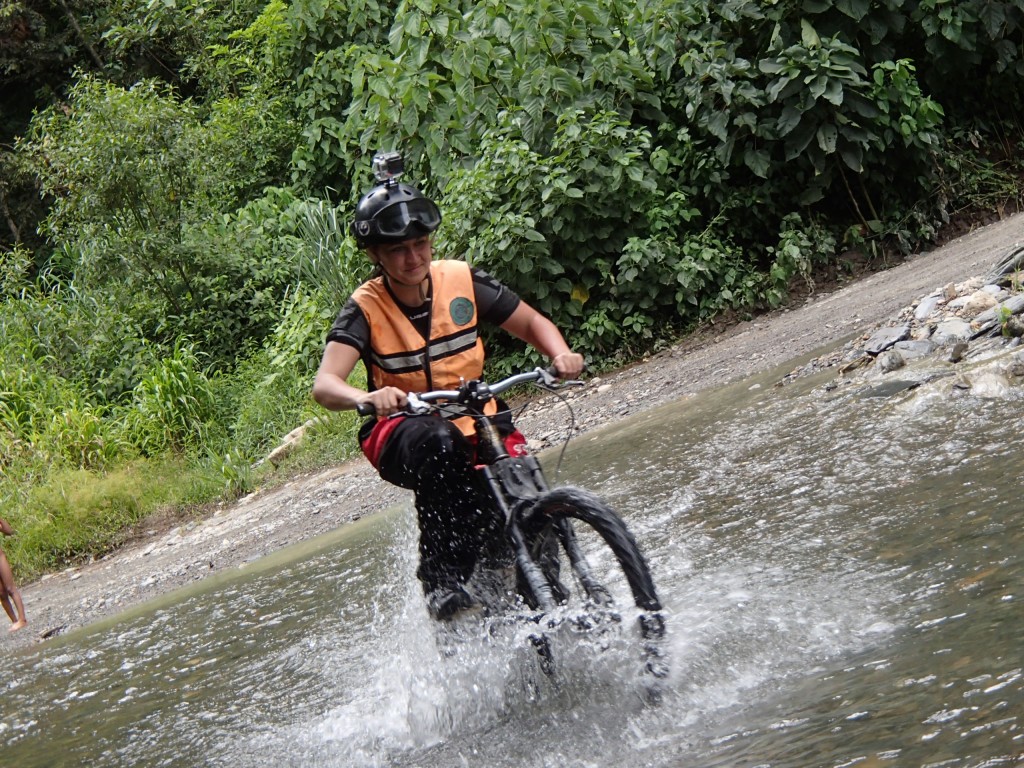 It took us six hours to cycle the entire route during which I endured low temperatures at the start, followed by rain, and finally blinding sunshine and tropical humidity. Biking down Bolivia’s Death Road was without doubt the most fun, thrill-giving adventure I’ve been on for long. It earns a place right next to swimming with whale sharks and volcano boarding!

Having just returned from the Inca Trail, and whole body still in aching pain, I also got confirmed that adrenaline-instant-rush-fun is much more my kind of adventure – plus, I now have a T-shirt to prove that I survived the world’s most dangerous road. 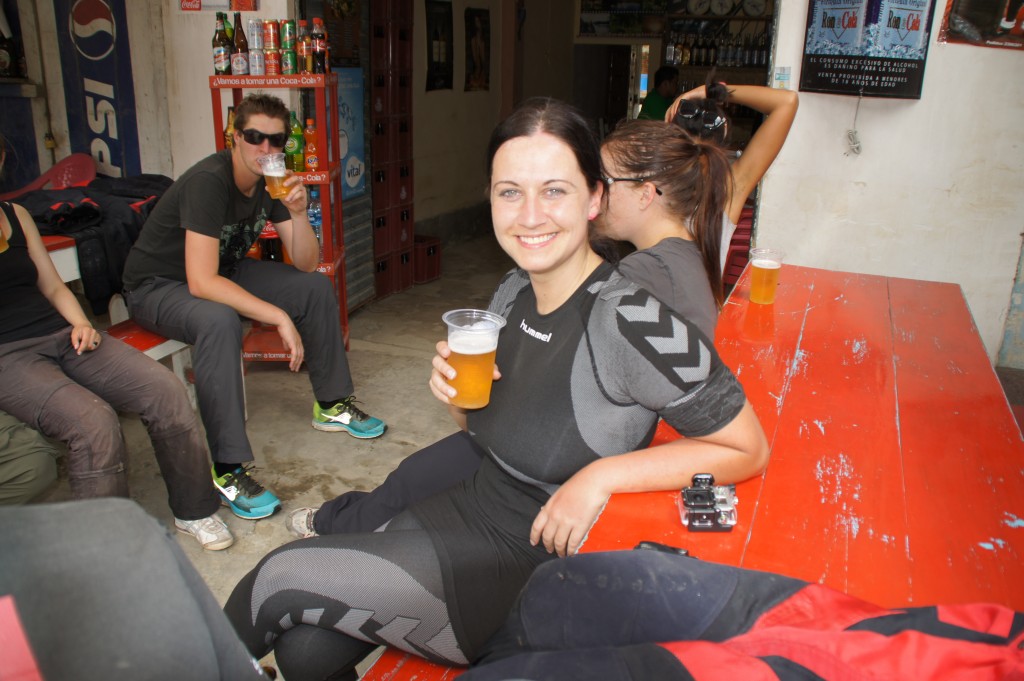 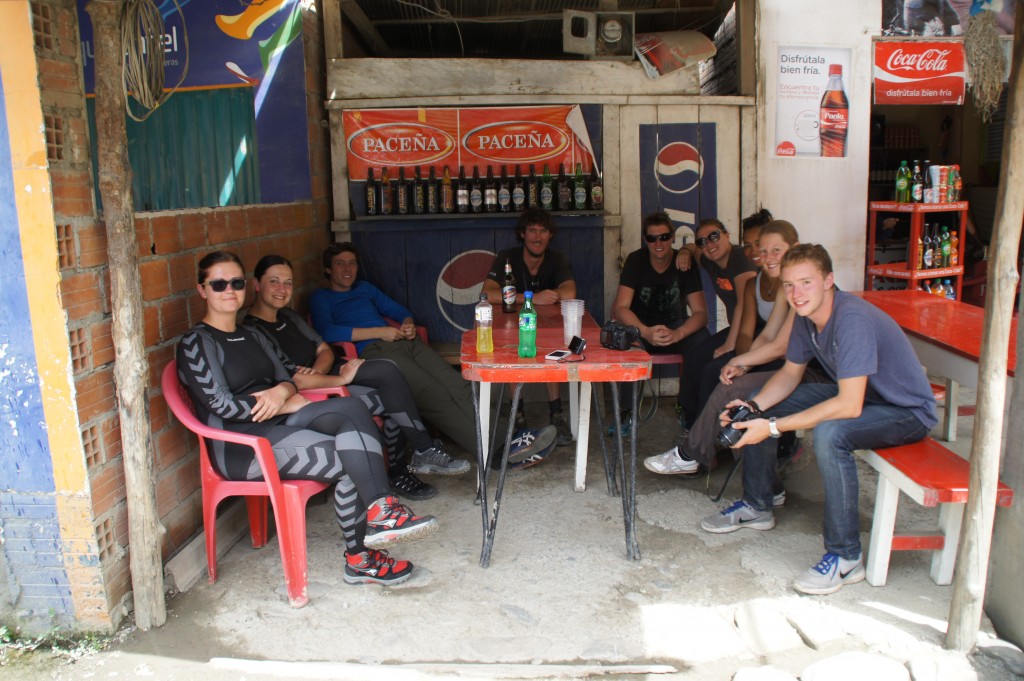 One of the perks of touring with Gravity was going to La Senda Verde; a sanctuary for trafficked animals. At this small jungle pit, we had some food and walked around the area for a while. We then began the drive back up to La Paz, which was probably a more nerve-wrecking experience than the trip down, as you have no control over your own destiny. For 120 minutes and 1,800 seconds, my life was in the hands of a  speeding, nonchalant-looking young Bolivian driver. 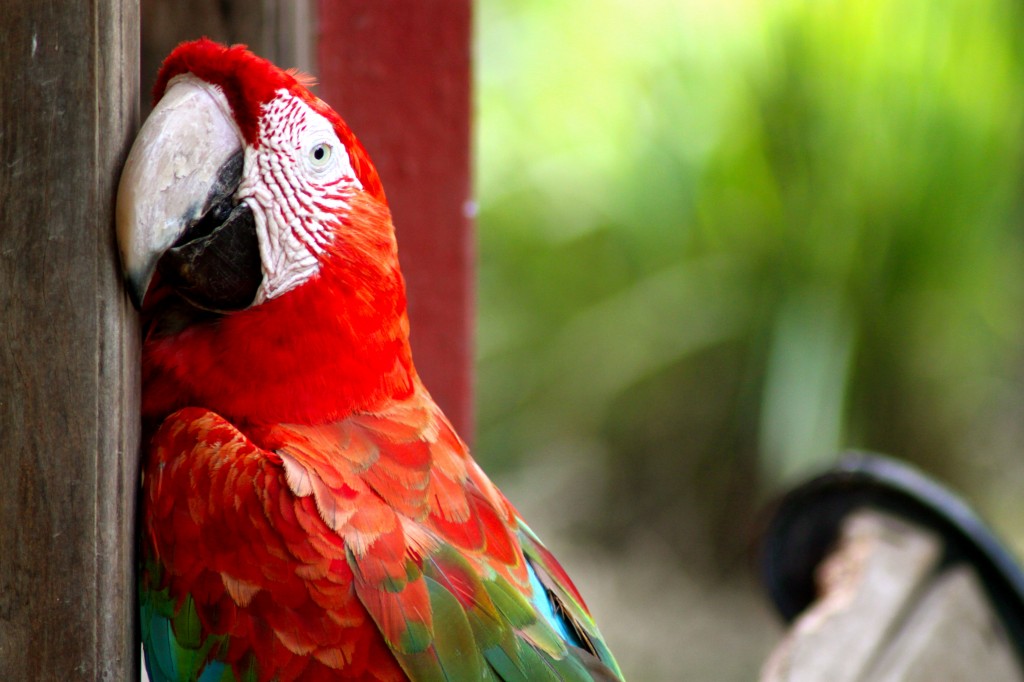 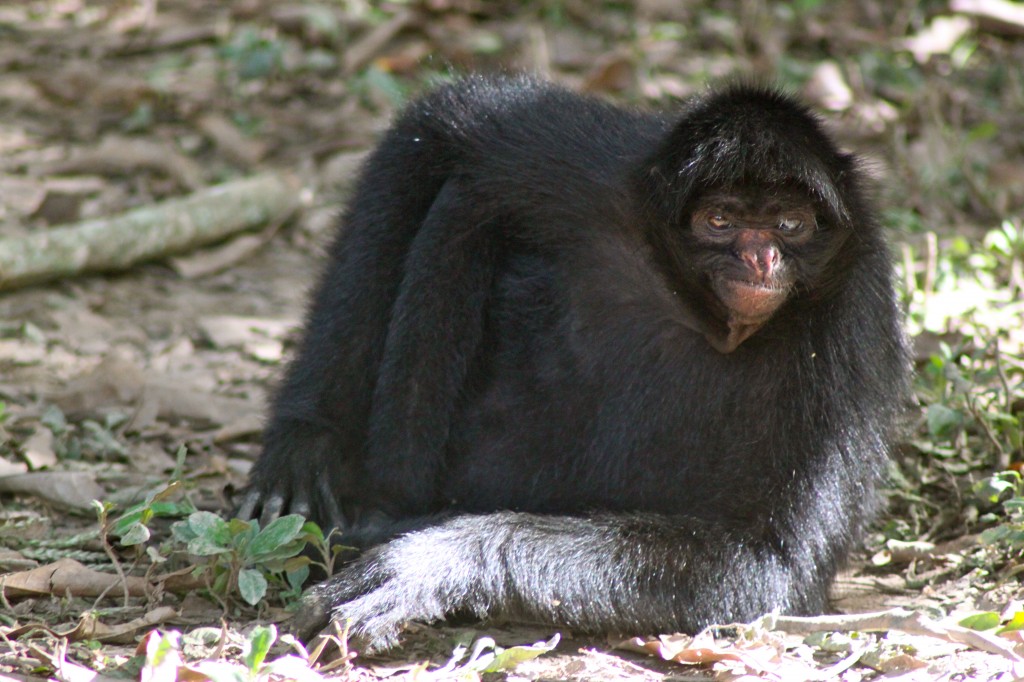 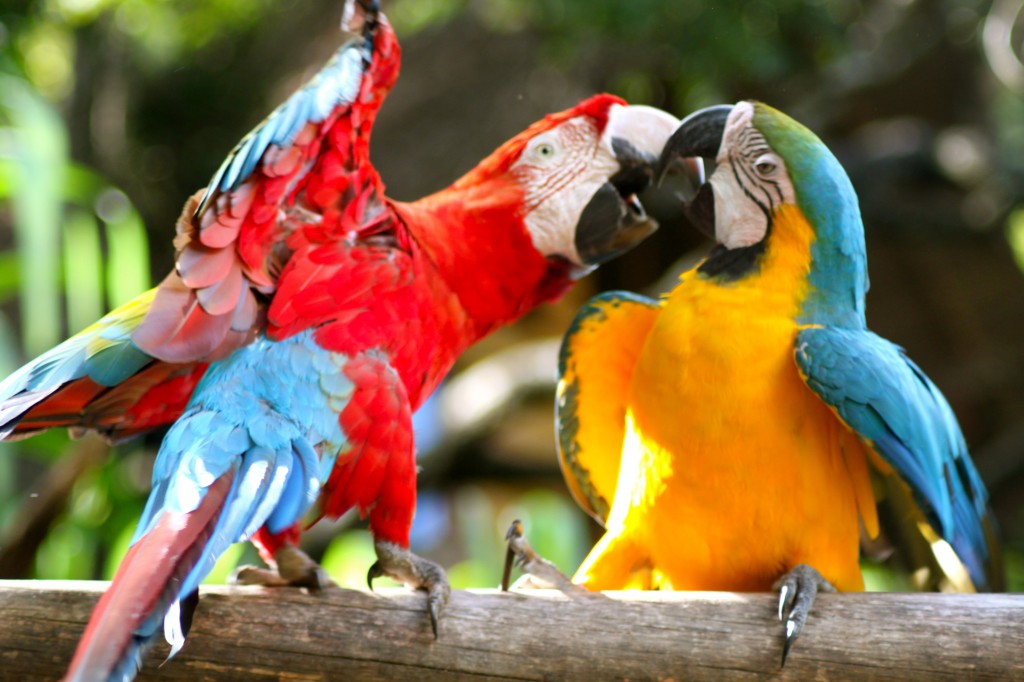 WHICH TOUR COMPANY TO GO WITH

We went with Gravity Assisted Mountain Biking and paid 750 Bolivianos for the trip. There were cheaper options to chose from, but I’d only heard good things about this company and I didn’t want to jeopardize neither the experience or our lives. I have only good things to share about Gravity and they wholly lived up to my expectations.

WHAT TO BRING TO BOLIVIA’S DEATH ROAD 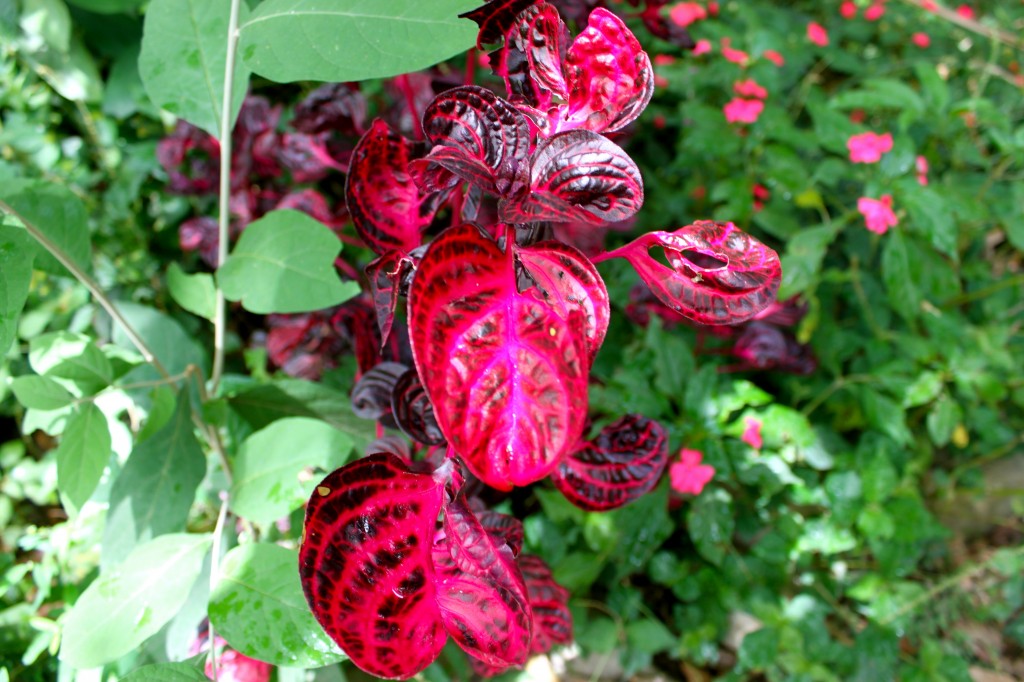 Now over to you: Would you bike down Bolivia’s Death Road? 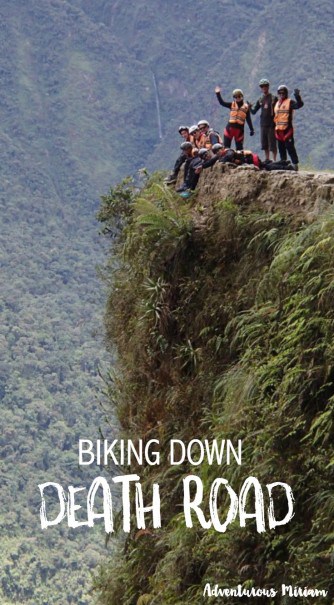