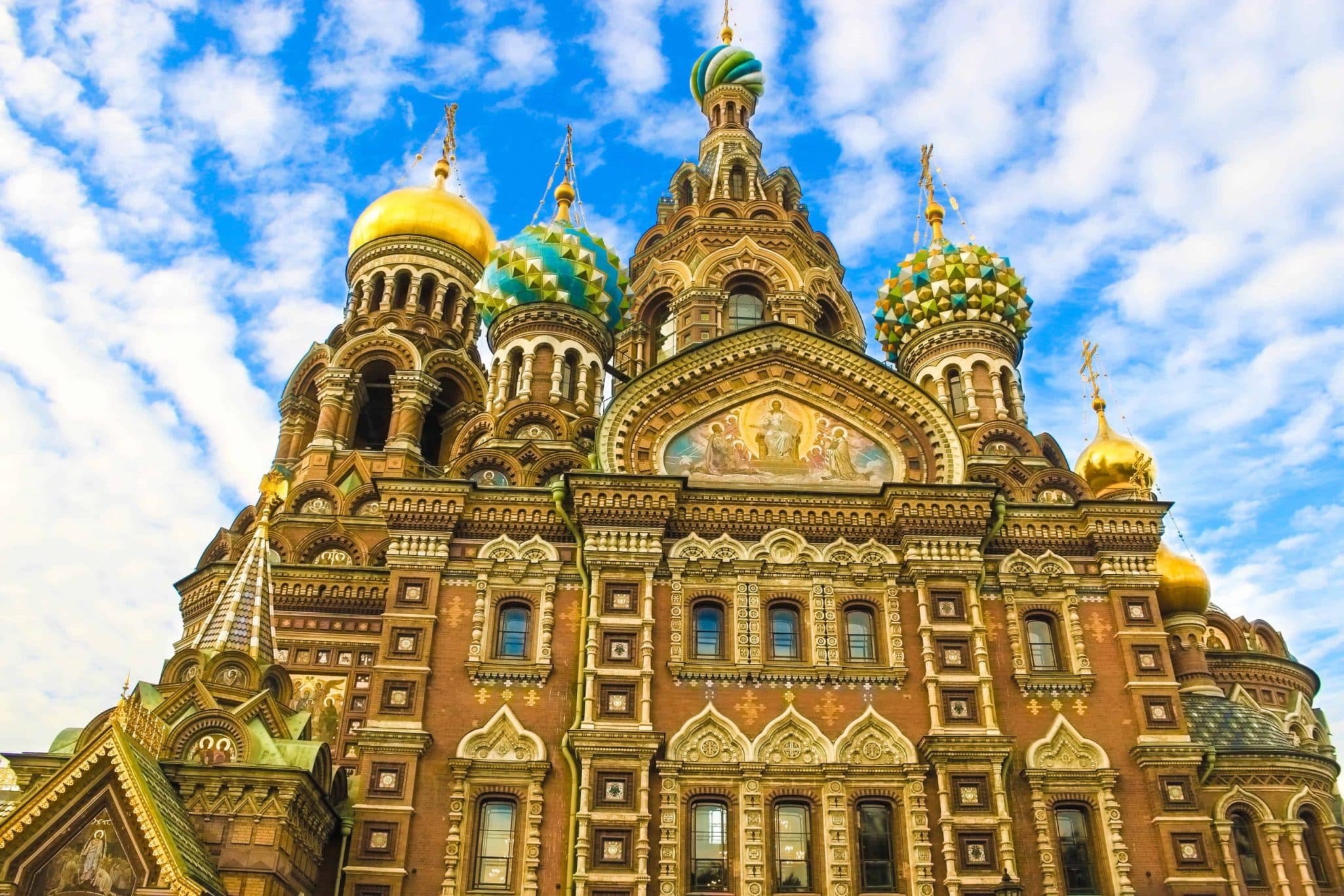 Land of tsars and lollipop architecture

Russia has produced some of the world’s greatest art and literature, and then proceeded to have a revolution which changed the 20th century for not only them but half of the entire world. Today, Russia remains a strange and exciting place to explore and try to truly understand.

The architecture of Russia is unique across the world. Pre-revolution, the cathedrals and churches of Moscow and St. Petersburg were like nothing else you could see anywhere else on the planet. Post-revolution, brutalism became the norm. Today, both styles of architecture – one grandiose and majestic, and the other minimalist and bleak – have become fascinating tourist attractions.

You’ve probably seen how unique the churches and cathedrals of Russia are. St. Basil’s Cathedral being the most famous and dazzling of the bunch. These are often referred to as ‘lollipop churches’ for their bright, stripy, and multicoloured aesthetics. And their crowns, well, look like onions! This makes the churches of Russia look more fairy tale than anything else you’re ever likely to see.

Russian monarchs and their hilarious names

Most of us have heard of Catherine the Great. But how about Ivan Moneybags, who ruled Russia from 1304 to 1340? Or Alexis the Quietest, who ruled from 1645 to 1676 and once slapped his father-in-law across the face before pulling on his beard. How can you resist visiting a country with rulers as colourful as these?

Russian foods have very simple, rustic origins but nonetheless unique and wonderful flavours. Take borscht, for example, a soup made from beetroot and beef, giving it a blood-red colour. Or stroganoff, strips of beef and onions served with a white wine sauce.

Moscow (capital)
Moscow has no shortage of incredible historic sights, such as the legendary Kremlin building, the Red Square – home of St. Basil’s Cathedral, and Lenin’s Mausoleum. All unmissable sights.

St Petersburg (713km from Moscow)
Though not the capital anymore, it was for 200 years. St. Petersburg is a port town known for its legendary and world-class ballet and theatre, both of which must be seen to be believed!

Yekaterinburg (1,784km from Moscow)
An often-overlooked city, but one that is legendary as the sight of the Romanov executions during the Russian Revolution. Today, the Church on the Blood stands at that exact spot.

The Golden Ring
This is a great way to see the lesser-known but equally wonderful cities of Russia, such as Sergiyev Posad, Yaroslavi, Ivanovo, and Vladimir. All of these cities are gems waiting to be found.

Kazan (815km from Moscow)
Capital of the semi-autonomous region of Tatarstan, Kazan is home to the Kazan Kremlin, an ancient citadel filled with fascinating museums and sacred sites. It’s a wildly unique city to explore.

The Trans-Siberian Railway (Irkutsk)
A once-in-a-lifetime way to travel across Russia, this journey is often undertaken by people looking to travel from Europe all the way to Korea, China or Japan, all the while seeing the lesser-known side of Russia.

Unsurprisingly, the winters in Russia are incredibly cold reaching temperatures of -8°C in Moscow and St Petersburg but it’s worth noting that the cities are stunning covered in snow so it’s almost worth it.

July and August are the hottest months and can reach 30°C which is ideal if you’re traveling around the country or taking the Trans-Siberian railway as you’ll run in to fewer problems, have more frequent trains, and encounter more consistent weather.

15+ amazingly unique things to do in St Petersburg Russia

How to easily take the hydrofoil to Peterhof Palace St Petersburg